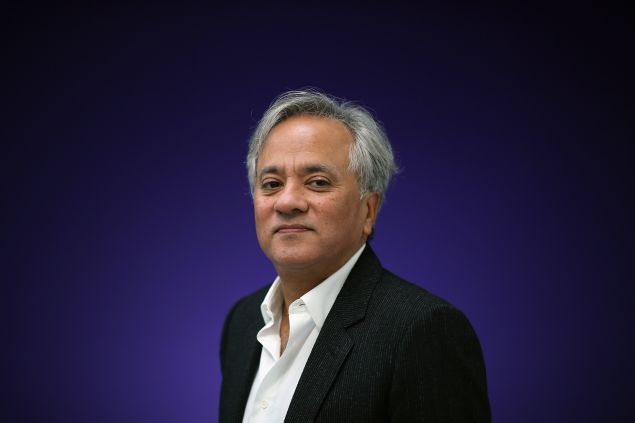 We already knew the artist is designing a special installation for the Tribeca building—a 2-story, 40-ton sculpture that will be located at the base of the condominium, so residents and passersby alike can see it.

Luckily for Kapoor, he won’t have to travel too far to check back in on his own handiwork—he just purchased a $13.58 million unit in the building. 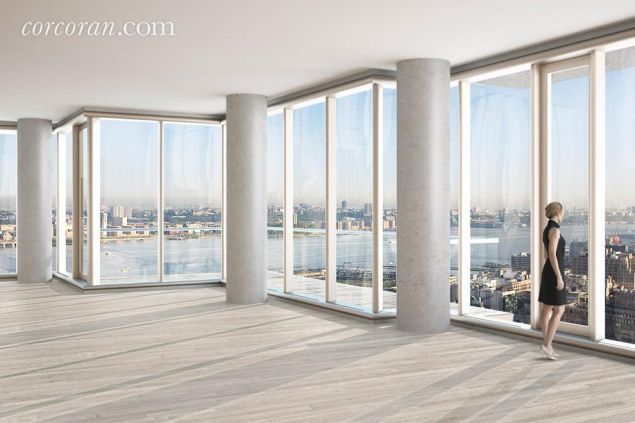 The four-bedroom, 4.5-bath apartment is all the way up on the 47th floor, and it boasts north, south, east and west exposures, which one can take in from the floor-to-ceiling windows.

Architects Herzog & de Meuron designed the 60-story building inside and out, including the custom interiors. Kapoor’s 3,576-square-foot aerie has 12-foot ceilings and Appalachian white oak flooring throughout, as well as three private balconies, says the listing held by Corcoran Sunshine, which is handling sales for 56 Leonard. Each of the four bedrooms has a travertine and marble en-suite bath, including the five-fixture master bath with heated floors. 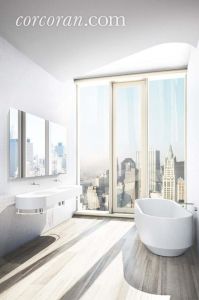 Views from the bathroom. Corcoran

Kapoor nabbed his apartment at a discount from the $15 million it was listed for—understandably, perhaps, considering his involvement with the building. Plus, it seems he’s had his eye on it for a while, since the unit was already in contract when it was listed in 2014.

Kapoor’s sculpture is yet to be installed; it’s now scheduled for the end of first quarter 2017. Maybe Kapoor will even be able to take in the view of his own artwork while relaxing in his new condo. 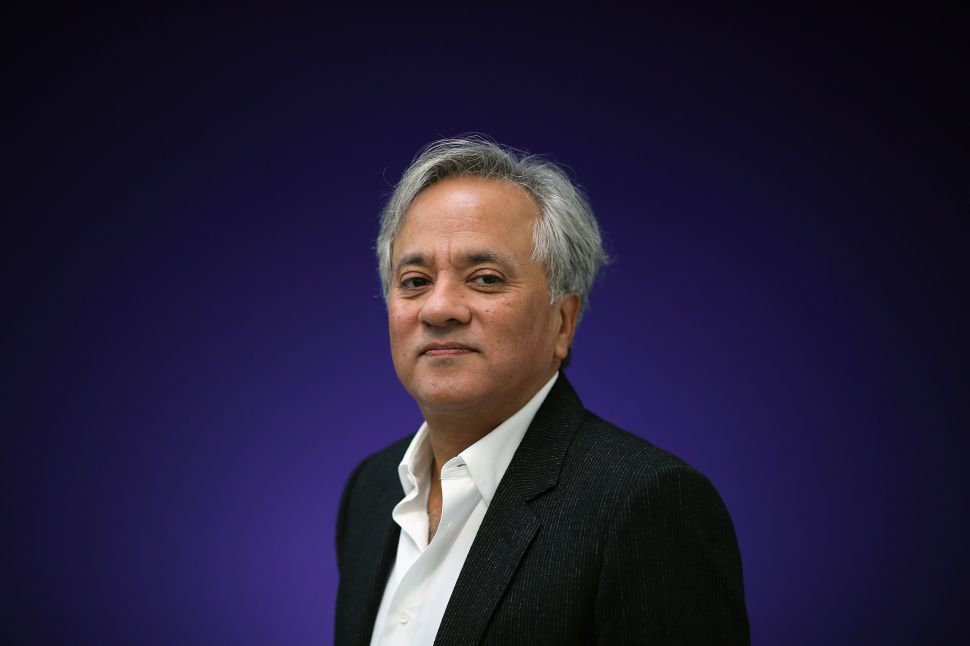