Unlike most communications of this sort, which quickly fade from public consciousness, the post has only gained momentum. A massive exhibition looms—on January 12, NASTY WOMEN will open at the Knockdown Center in Maspeth, Queens, with around 1,000 works by nearly 700 female-identifying artists from around the globe. Accompanying musical programming includes a DJ set by English artist Genesis P-Orridge on the 14th and shows presented by publications FADER and AdHoc, the details of which are pending.

Sitting at a table in her Bushwick apartment, Jackson and her co-organizer Jessamyn Fiore (co-director of the Estate of Gordon Matta-Clark and curator of Dubai’s soon-to-open Jean-Paul Najar Foundation) told the Observer how it all began. Depressed about the election results and eager to focus her energy in a positive way, Jackson posted the above message. Within an hour, she received over 300 responses. She and Fiore were already in talks about organizing a female-centered exhibition, and Jackson quickly brought the latter on board. The pair then tapped curator / consultant Angel Bellaran and graphic designer / artist Barbara Smith. Smith created a website, and by the following Saturday the group was accepting submissions. Fiore, who is on the Knockdown Center’s curatorial advisory board, was abel to secure that venue for a three-day period (January 12 to 15) just before the inauguration.

Jackson, Fiore and their team do not mince words about the political intent of their project. “I want to be really clear,” says Jackson. “This is very much anti-Trump. I don’t want to waver around or all of a sudden decide we’re not going to be political. I see this as a visual art protest.”

The title, of course, recalls Donald Trump’s derisive epithet for Hillary Clinton during the third presidential debate. The buzzy phrase has landed on tee-shirts, handbags, and trinkets as anti-Trump opponents reclaim the terminology. “Every woman heard that and knew what it was like when a man completely dismisses your thought, your opinion, whatever,” says Fiore. The title seemed like an obvious choice.

All the work will be for sale at $100 or less, and all proceeds will benefit Planned Parenthood. In order to accommodate the volume, the organizers are building giant, freestanding letters that spell “NASTY WOMEN.” They will attach the individual works or place them on shelves within. There’s no way, says Jackson, that it “will not be epic.”

NASTY WOMEN aims at inclusivity in both its artist roster and its audience–Fiore hopes the exhibition will attract people who have never before bought art, and she and Jackson are only denying submissions that don’t meet the size requirements. They’re also trying to personally respond to each artist who submits. “We see them,” says Fiore. “We see their work, and they’re a part of this.”

Brandi Twilley, a New York based artist, will show a painting of a runway model, what she hopes is “a really positive, powerful image of a woman.” Twilley has benefited from Planned Parenthood services and is eager to support the cause. She also says she “personally related” to the exhibition’s title: “Women who assert themselves are often called a bitch or a nasty woman, and it’s really misogynist and offensive.”

Artist Katya Grokhovsky, who will contribute a video work in which her naked torso revolves beneath the wording “approval pending,” also likes the donation component and subject. “I’m a feminist and a feminist artist,” she says. “I strongly believe in making art that is in opposition. Power in numbers as well. I like that every work was accepted.” She identifies as a Nasty Woman too, and the exhibition allows her to make a very public contribution to a cause she supports. Grokhovsky will open another exhibition entitled “Bad Woman” in Melbourne in early 2017.

Venues outside of New York expressed interest in hosting their own iterations of the exhibition, and over 20 sites, from Lubbock, Texas to Brussels, Belgium, are now cited on the website as “Other Nasty Venues.” Organizers may take alternate approaches to their own shows.  Fiore and Jackson just request they reach out to include a diverse group of artists and raise funds for an organization that supports women’s rights.

With hundreds of works to unpack and mount in the coming weeks, the Nasty Women team is attacking the work with glee. “We found ourselves leading a movement!” exclaims Fiore. “Who would sign up for this?” laughingly asks Jackson, who already has two shows of her own work opening in January. She offers her thoughts on the subversive art she hopes to see in the coming years, as Trump takes office: “I’m excited to see less shows of abstract minimalist paintings. I’m going to say that on the record. And I’m excited to see more and more venues not timid or afraid to show more visually intense work.” 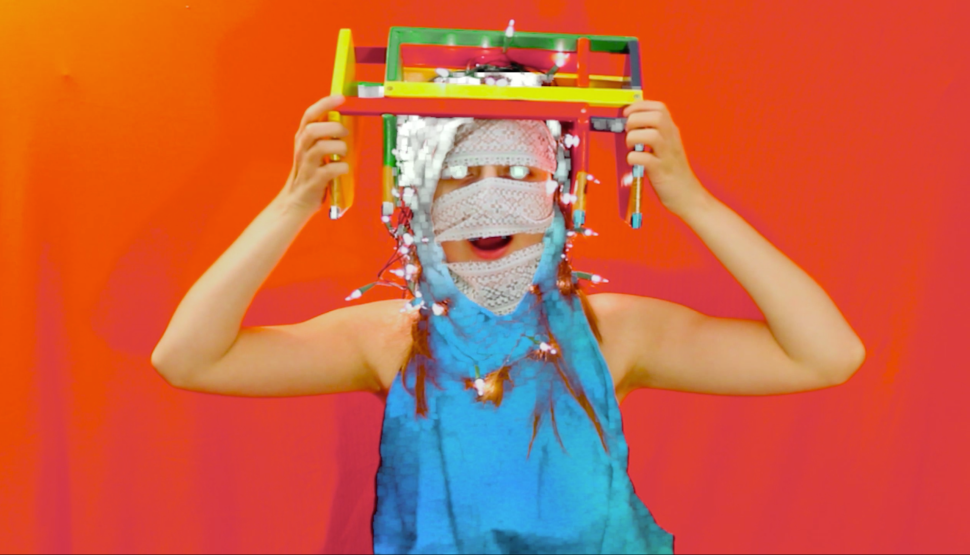