Some of the most contentious disputes that I have ever dealt with are those relating to the exclusive rights to use trademarks, i.e. a name or logo that is used to identify a brand or company for goods or services. The life of the case normally follows the same pattern: a large company has a registered trademark, a smaller player comes in with a name or logo that is vaguely similar, big company uses a white-shoe law firm to send a nasty-gram, small man capitulates because he can’t afford to fight, chooses another mark and gets sent a letter by another large company [repeat to fade].

Often times, the larger company has a point. Just as often, they are being trademark bullies in what one might think is the most first-world type of legal fight—the right to sell as a certain brand and precluding competition, sometimes for no good reason. The mega retailer Toys R Us has long been said to employ lawyers who do nothing but pore through local phonebooks looking for single location “Tires R Us” and “Nails R Us” stores to threaten. And just look at the fight Lehman Brothers Whisky has been having with Barclays Capital for the past number of years because Barclays maintain that a fictional member of the public might think the bank has become a distiller.

Move aside banks and distillers because the circus is coming to the Trademark Tribunal and Appeal Board as the Kardashian-owned companies are opposing Blac Chyna’s Lashed LLC’s recent application to register “Angela Renee Kardashian” as a mark for use in advertising services and entertainment. Not being an aficionado of the cotidian business dealings of this seemingly successful television family, I have been left to trawling TMZ to find out exactly who this young lady is with appalling spelling of her current moniker.

Blac Chyna is the stage name of a model and reality TV “star” named Angela Renée White, set to be married to the brother of the Kardashian girls—the alleged father to Ms. Chyna’s daughter. In what is undoubtedly a supremely bold move, given the fact that even one with the sterling reputation of Robert Kardashian may get cold feet, Ms. Chyna has sought to register what is to be her married name. The sisters, and presumably mother, have objected.

The ordinary person on the street may cry “But hold! How can a person be prevented from using their own surname in business?” This is a good question that has a number of nuanced answers, but was tackled in the famous case of Taylor Wine Co. v. Bully Hill Vineyards, Inc. (2d Cir. 1978), where both the plaintiff and the defendant were surnamed Taylor, which weighed in favor of allowing a person to use one’s own name in some restricted fashion in establishing an enterprise in which that person’s own skill or knowledge can be made known to the public. In so doing the Courts held that to prohibit an individual from using one’s true family surname is to “take away his identity: without it he cannot make known who he is to those who may wish to deal with him; and that is so grievous an injury that courts will avoid imposing it, if they possibly can.” At first blush—putting aside arguments of skill or knowledge—there is no great reason, on this analysis, why this should not apply in the case of Ms. Chyna.

In the knowledge that the Trademark Office reviewed this mark using an experienced examiner and allowed this name at first instance without raising any substantive objection, the K-based trio named Khlomoney Inc., 2Die4Kourt, and Kimsaprincess Inc. objected. The arguments that they have filed are themselves convoluted since the main weakness in their opposition is that some of their prior-filed 50 or so Kardashian marks are not owned by one entity. Some are owned by all of the companies, some by each of them and some together with third parties such as Boldface Licensing or Jenner Communications, Inc. This begs the question of whether multiple parties can claim exclusive rights to a name, especially where one does not demand a co-existence agreement with another.

Great examples of what a trademark is are the Nike swoosh or the phrase “Just Do It,” both of which point to a single origin of goods. Similarly, trademark rights can also be protected for the shape of an item, like the Coca Cola bottle, or its distinctive design, such as the Adidas three-stripe—and there are plenty of other areas and instances showing the breadth of its scope. If somebody brings to market an item which is confusingly similar, the prior or senior user can object before the trademark tribunal or can sue in court for infringement and allied claims.

There can also, in certain circumstances, be claims for trading on another company’s or individual’s right of publicity and this is where the Kardashian argument gets interesting. Nobody in entertainment or advertising is going to confuse Angela Kardashian with Kim Kardashian just as they are able to discern between Kourtney and Khloe. The confusion argument is weak, even when considering the sophistication of the reality TV consumer. The filing looks as if it is trying to squeeze the peg of a right of publicity argument into one of confusion or dilution but is precluded in directly asserting that because the right of publicity in the Kardashian name does not point to a single source, person or company.

This matter may follow the pattern of many TTAB cases where there is early settlement.  However, given Kris Jenner’s reputation in business, it is surprising that use of the Kardashian name was not item number one in a whacking prenuptial agreement but that might have been dispensed with given the birth of Dream Kardashian. One would presume that the aunties would not take the same attitude with their brother or niece and this is just the Kardashian way of welcoming in a sister-in-law to the family. 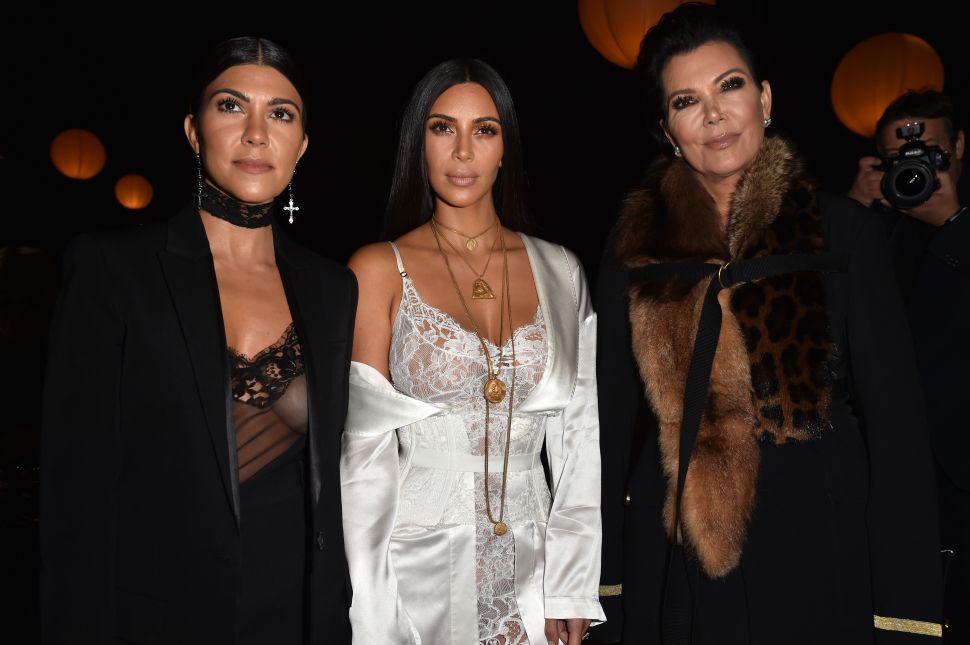