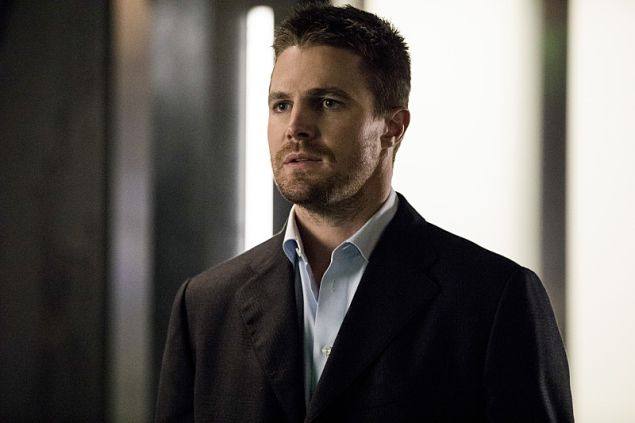 By far, the biggest revelation to come from Arrow’s midseason finale is that Oliver Queen is the type of dude who still thinks it’s funny to say Die Hard is his favorite Christmas movie. Simply shocking. The second most memorable twist, by a large margin, is that in the year 2016 the most effective, surefire way to leave an audience hanging in suspense is to utter the phrase, “Hello, Ollie.”

Yes, “What We Leave Behind” closes with the sudden reappearance of Laurel Lance who, unless we’re still stuck in the Dominators’ fantasy headspace, is looking incredibly not-dead. Not that spontaneous resurrections is anything new in Star City — “In our town, people who are dead turn out to be alive almost every Wednesday,” Felicity says, basically winking directly into the camera. But Laurel’s return is especially interesting because, well, it’s Laurel. In so many ways, Laurel Lance is Oliver Queen’s biggest mistake. His biggest loss. Both his biggest source of motivation and self-doubt. Oliver wouldn’t be Green Arrow — wouldn’t be the person he is, period — if he hadn’t fucked up on an epic scale when it came to Lauren in the first place. So it’s almost destiny that she would come back to life now, at the end of an episode that pounded home the idea that Oliver Queen, for all his good intentions, will ruin your life forever.

Which isn’t not not true, is it? A quick recap of where we find Oliver’s immediate orbit at the close of “What We Leave Behind”: Curtis’ marriage has come completely unglued, his husband Paul unable to deal with the life of a vigilante’s loved one (good call, Paul). Evelyn Poole has become so disenfranchised by the idea of Oliver-as-serial-killer, she’s working directly with a madman who tosses throwing stars into people’s faces nightly because he seems less insane than Oliver. The very same madman, I might add, who through an elaborate scheme kidnapped Detective Billy Malone and set him up in Prometheus’ gear, so convincingly that a wound-to-his-edge Oliver immediately shot to kill. We leave Felicity devastated, with the knowledge that the man she once loved just sent an arrow through her boyfriend’s chest.

Rory, he’s…well Rory’s basically fine, but Rory’s entire family was killed in a nuclear explosion so you take the good with the bad at that point.

I think my favorite aspect of “What We Leave Behind” is that episode writer Antoni Negret effectively set up Prometheus as a serious king-shit capital B Big Bad, but stopped just short of revealing his (her?) identity. Something about Prometheus feels more threatening than anything Arrow‘s done since Slade Wilson in season two; more dangerous than Damian Darkh and more intimidating than Ra’s Al Ghul. What Slade Wilson and Prometheus share — Prometheus more so — is that they’re both mirror images of Oliver Queen. Prometheus is basically Oliver’s Shadow Link. An assassins are deadly, and nuclear missiles are terrifying, but if it’s one thing Oliver has lost a fight to most often, over five seasons and over 100 episodes, it’s himself.

Which, to round back, is exactly the point of this episode. Through extremely clever use of flashbacks to four years prior (haha, remember Russia? Arrow doesn’t), we see that all of this — Prometheus’ rampage, all the death, the dissolving of relationships — is the result of stubborn-ass Oliver, freshly back from Lian Yu, uncompromising in his loyalty to his father’s List.  “One day your actions may have unintended consequences,” past-Diggle tells Oliver and, surprise, past-Diggle is correct as hell.

The show is setting up Prometheus’ identity as the son of Justin Claybourne, a corrupt pharmaceutical company mogul who found himself on the wrong end of the Hood’s bow. Prometheus himself certainly doesn’t mind us believing this; in the episode’s coolest set piece, he arranges an entire building littered with corpses in the exact positions the Hood left his own bloody handiwork four years prior. But is that actually the answer?

If it is, that’s…that’s fine. It makes sense, the bastard son out for revenge. But last-minute character reveals via unmasking is kind of Arrow and The Flash‘s thing, second only to last-minute character reveals via mystical resurrection pools. I’m not saying we need to get crazy here — I was pulling for zombie Tommy Merlyn a la Ser Robert Strong, but quickly losing hope — but the eleventh hour reveal of “the son of this character who we just introduced” seems far off-base for Arrow.

Which leads neatly back to Laurel Lance. “Hi, Ollie.” There are infinite reasons why Laurel would be standing, alive, in the Arrow bunker — Lazarus Pit! She faked her own death! She is, to keep up with the Mr. Robot theme, a figment of Oliver’s imagination! The only definite is that Laurel Lance is the question mark on what was otherwise a tidy finale heading into these Arrow-less months ahead. Maybe everything Oliver touches does die, but does it matter when they so often don’t stay dead? 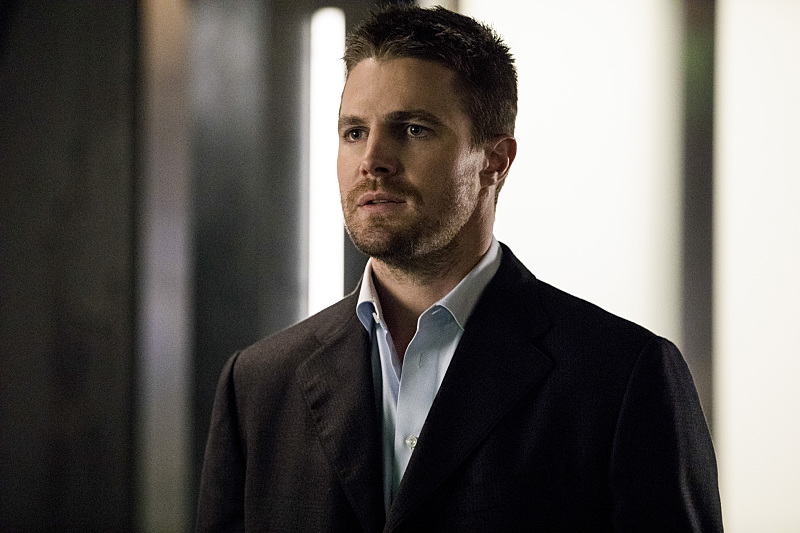