Getting in on the Art Basel conversation last night was Artsy, the go-to source for learning about and collecting art, which teamed up with Gucci and SoundCloud to take over the Faena Hotel’s “Time Capsule” dome. The massive tent, constructed for Art Basel 2016 on the hotel’s beach, also doubled as art exhibition thanks to the soaring interior walls covered in projections entitled Collective Reality.

Curated by Elena Soboleva, Artsy’s Curator of Special Projects, Collective Reality immersed partygoers in a “communal, visual and audio experience” that left many feeling wowed but dizzy, as they watched the projections snake around the room. Artsy investor Wendi Murdoch arrived as one of the artworks was being projected onto the dome, and ran out to grab pals Derek Blasberg and Dasha Zhukova to make sure they didn’t miss it. The crew was also joined by social art philanthropist Sarah Arison, hotelier Alan Faena, CEO of Gucci Americas Susan Chokachi, and Artsy founder Carter Cleveland.

Following the beachfront fete, most carried on to L’Eden by Perrier-Jouët for the official Artsy after-party. The space, which normally serves as the Casa Faena boutique hotel, had been repurposed as a week-long, champagne-fueled hub of revelry where guests were treated to rare vintages from the brand’s collection, and performances by famed theatrical director and owner of The Box nightclub, Simon Hammerstein. 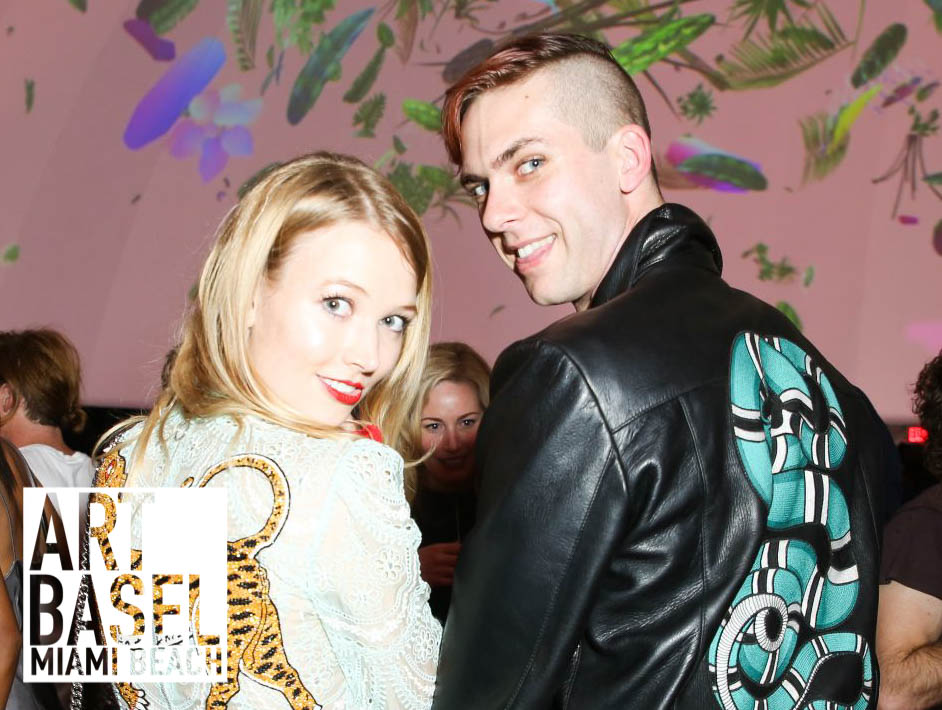