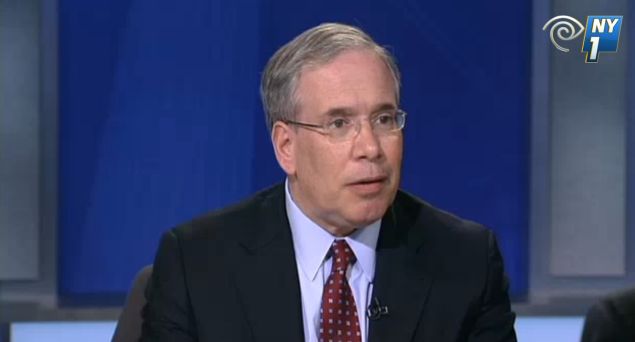 In the aftermath of reports from the city and the state on the killing of six-year-old Zymere Perkins of Harlem that led to the city’s firing of three Administration for Children’s Services employees and the decision to create an independent overseer for the agencc, Comptroller Scott Stringer announced today that the agency flouted its own protocols in roughly 2,360 high-priority investigations.

Both reports—released a day after ACS Commissioner Gladys Carrión said she would resign for supposedly personal reasons—indicated that there had been five separate allegations of abuse against the family between June 2010 and April 18 of this year. The comptroller’s office reviewed nearly 3,700 major investigations ACS carried out on complaints received during a three-month period between July and September. The investigations involved either a child’s death, at least four previous complaints of abuse or neglect in a child’s household, or both.

“The takeaway from these numbers is simple,” Stringer said in a statement. “Regulations are in place to save lives, but ACS is failing because it’s not following its own protocols. We need to see real, long-term change at this agency.”

The comptroller’s office found in initial findings of its investigation that 73 percent of the closed ACS probes lacked the required minimum number of manager’s reviews while 32 percent did not have the mandated number of supervisor’s reviews. And in 68 percent—or 2,516 cases—of both open and closed high-priority ACS investigations, a Risk Assessment Profile was not done within 40 days.

The mayor’s spokesman, Eric Phillips, also had some harsh words for Stringer.

“This report is completely bogus,” Phillips said in an emailed statement. “Whether it’s blaming our administration for tragedies under the prior administration, double counting tragedies, or blaming the agency for fatalities entirely unrelated to its care of the children involved, the report does more to intentionally mislead the public than it does to help protect children.”

ACS said the report identifies 38 fatalities in cases closed in the summer of 2016 but that the data ACS provided to Stringer reflects a total of 33 fatalities reported to the State Central Register for Child Abuse and Maltreatment, triggering an investigation. The agency said that four of those were deaths that occurred before 2014—some as long as eight years ago—and that in the remaining cases, ACS had no prior history with 15 of the families.

The agency also said that in 14 families known to ACS at some time in the last decade, six had a death related to unsafe sleeping conditions, three had a death due to an illness, one was accidental, one case was a fire and one is a death that may have never occurred but was called in by a hospital social worker. And in two cases, ACS said, the cause of death is still pending.

“The de Blasio administration continues to invest resources and support to ensure that we are able to protect every child that comes to our attention,” an ACS spokesman said in an emailed statement. “The recent Comptroller’s report misconstrues the significant strides we are making toward strengthening all processes for keeping children safe.”

In June, Stringer released an audit of ACS, which found that abused children were put at risk due to insufficient and poorly managed investigations—a follow-up probe he said was announced in the aftermath of Perkins’ death. He said that his office plans to continue to evaluate the agency’s performance of its child-protective investigative duties in the coming months.

The state Office of Children and Family Services has ordered the city agency to hire an external monitor by January 28, 2017 to complete a comprehensive assessment of the agency’s Child Protective and Preventive services programs.

Public Advocate James—who has been critical of Carrión’s performance and what she called the slow pace of reforms at ACS—also said she called for an independent monitor specifically for foster care earlier this year but that the de Blasio administration rejected the request.

She claimed that most foster care children have child preventative services cases so a monitor would oversee a lot of work in both divisions. Though she said Carrión has done a poor job as ACS commissioner, the mayor insisted that he still believes her characterization is “dead wrong.”

In addition to the Perkins tragedy, three-year-old Jaden Jordan, died on December 3 shortly after being taken off life support after he was discovered covered in feces and with a cracked skull. Again, ACS had received reports of abuse in the home, but failed to correctly identify and deal with the situation.

This story has been updated to include a comment from ACS.