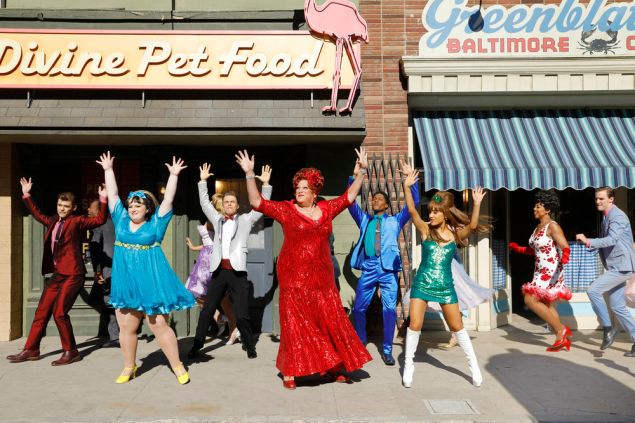 NBC is once again banking big on special event programming as they’re set to present another large-scale live musical. This time they’re staging an all-star version of the Broadway hit Hairspray.

This version will also contain some of the DNA of the original show by including Harvey Fierstein, who’s played more than one key role in the evolution of the Hairspray. Fierstein is one of the original writers of the musical (although uncredited), and he won a Tony award for his portrayal of one of the lead characters, matriarch Edna Turnblad.

When the call came asking Fierstein (who also wrote The Wiz Live! for NBC last year) to adapt Hairspray for the small screen, he hopped onboard.

“My big concern was, how do we translate when somebody’s watching it at home?” admits Feirstein. “Because you could be in your underwear or whatever. Television is a very intimate medium. I did make some adjustments, so that the story really lived in that smaller box, but basically, I wanted to try and get you excited about life.”

Joining him in the endeavor is choreographer Jerry Mitchell, who arranged the Broadway show. “I actually came to the project with my choreography from the original Broadway production, which I used as my base to get started. But, the thing that makes a difference is [with TV] you’re working with a 360-degree angle. So it’s a little bit more like doing theater in the round.”

Jumping into the lead role of Tracy Turnblad is newcomer Maddie Baillio, who won the role via an open audition after beating out more 1000 other hopefuls. Baillio is a 20-year-old from League City, Texas, who had just finished up her second year at Marymount Manhattan College in New York when she decided, on a whim, to audition for the musical.

“I saw an open casting call ad on Facebook and I decided at 3 am the morning of the audition [to go],” explained Baillio. “I prepared my short portion on the subway ride to the casting agency and I got there at 6:45am. I was 343 in line. I was really, really nervous because it was my first professional audition. Four callbacks later, I got the part.”

Fierstein is ready for the masses to meet Baillio, saying, “Maddie is, I think, a true star. She has a voice that is just wonderful. It’s poppy, it’s exciting, and it’s real. She has a spirit that is indomitable. She moves with such gusto. She just dives in.” He’s quick to praise work ethic as well. “I have never once heard her complain about anything, and trust me, we [worked] her hard.”

This might be because Baillio seems to be heeding the advice of Marissa Jaret Winokur, who had previously played the role of Tracy on Broadway. “One of the best pieces of advice she gave me was that Harvey is always right; always listen to Harvey.”

Hairspray has been praised for its message of equality and inclusion, a concept that plays a large part in this production, says Fierstein. “This is a really good reminder that just a few years ago in our history we couldn’t even dance together. I think we need to remember that and say, “Is that really what we want to go back to. Do we really want to go back to days where people lived in constant fear of touching each other, of talking to each other, of being together? Do we want a separated, divided America or do we want an America that is stronger because we’re all together?’ Hairspray, in its very gentle, fun, way [carries] that message.”

NBC’s previous musical presentations have all done well for the net, with The Sound Of Music Live! pulling in 22 million viewers, Peter Pan Live! 9 million and The Wiz Live! 11 million. In light of this, is the creative team feeling the pressure to hit those numbers?

“Well I don’t have time for pressure,” proclaims Mitchell. “All I’m thinking and concentrating on is getting everybody in the right place at the right time, and I think the rest will take care of itself.”

Answering with a bit more of philosophical approach, Fierstein says, “You know, you do every performance and you just hope that you’re changing lives out there and you kind of trust that you are. And that’s the way [we’re approaching] this.”

If the past musicals are any indication, social media will be abuzz during the show. Fierstein offers his thoughts about this with, “[During] The Wiz, there was a huge, huge swell of activity, especially among African-American viewers, during [that], and they were really tweeting about what a great time they were having and that was very exciting to me because then you really know you’re reaching people. But, in a funny way I would like, like texting and driving, I really wish you’d just watch it.”

Amid all of the callbacks, rehearsals and preparation for the final show, Baillio clings to the very personal, and positive, reason that she really loves playing Tracy, and it’s an idea that she feels everyone should take away from Hairspray Live!

“[Tracy] is like the ultimate underdog, so everyone can relate to her. When I was younger, I was bullied a lot and I let that stop me from doing things that I really wanted to do. Tracy never lets anything stop her, and because she doesn’t, she gets the guy, and she gets to be on the [television show that she wants to be on], and she changes the world. So I think that’s a good message for every kid out there—just don’t let anyone stop you.” 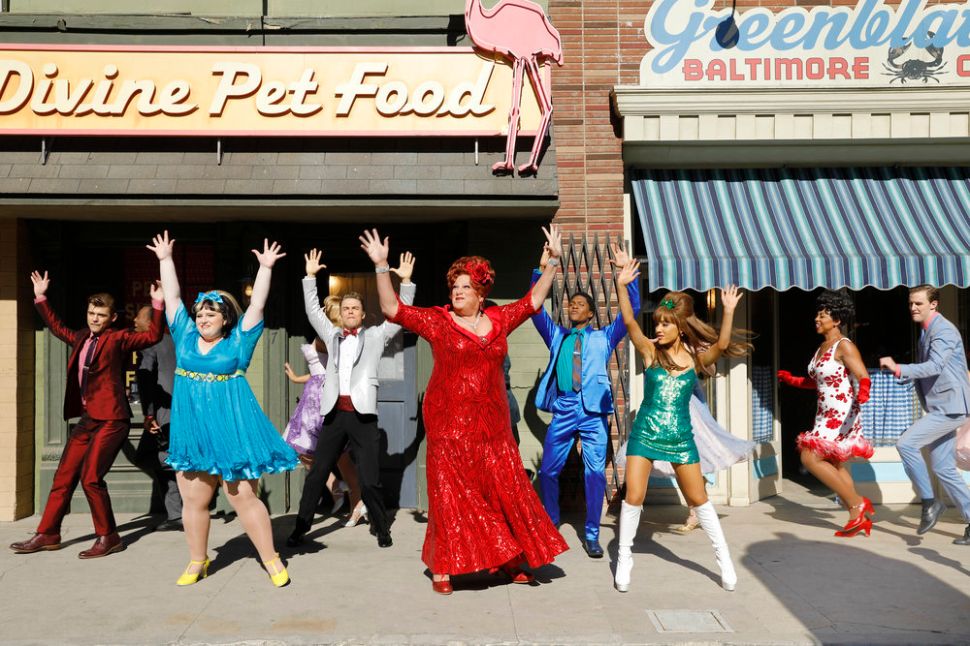