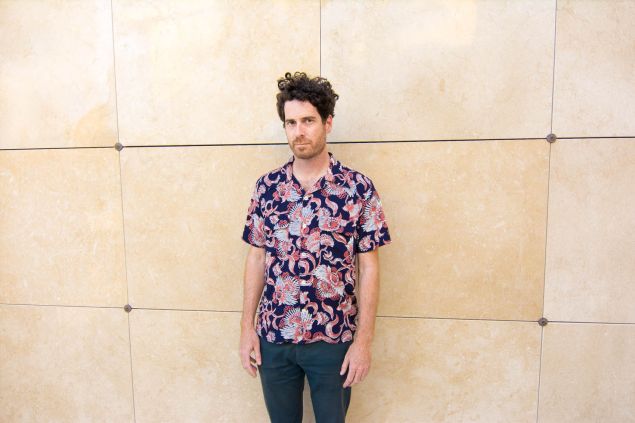 Programming an outdoor film screening is a lot trickier than it sounds. You have to find the right location, the right films and the right presentation style. Since 2002, Cinespia Founder John Wyatt has excelled in all three categories, creating a perpetually filled-to-capacity screening series in the Hollywood Forever Cemetery that routinely features pre- and post-show entertainment in the form of DJs, themed photo booths, and appearances by people involved in the movie. More recently, Cinespia’s programming has expanded to include indoor screenings at some of the legendary movie palaces in downtown Los Angeles, including the Palace (a 10th anniversary screening of Little Miss Sunshine on December 15th) and the Los Angeles Theatre (an already sold-out Holiday Party and screening of The Shining on December 17th). We spoke to Mr. Wyatt about his experiences programming Cinespia for the past 12 years.

John Wyatt: For one thing, the sheer size of the audience. I need to draw 4,000 people a week with good programming. We’ve consistently done this for every show for years now. All our shows are sold out to capacity. That’s a big audience for old movies! Another big difference is the history of our venues. So many legends of the Golden Age of Hollywood have their final resting place at the cemetery, and so many great films have premiered in the historic movie palaces downtown where we host screenings in the winter and spring. I love to tap into that history by showing some of the great classics from the 1930s-1970s. That means getting thousands of people to a 70-year-old movie they may never have heard of. Sometimes that’s more people than have ever been in front of these films. Our winter film series in the beautiful old palaces of Broadway also lends itself to the great films of the canon. Some of these historic gems are over 100 years old and gorgeously decorated. When you’re surrounded by chandeliers, fountains and ballrooms from an opulent bygone era, you want the movie to transport you back in time, as well!

What does screening a movie outdoors bring to the experience that doing so in a movie theater does not?

Having so many people in an audience transforms the experience. You feel all of the excitement you felt when you saw it for the first time. It becomes almost like a ball game, cheering for your favorite characters or favorite lines, collectively thrilled by a great movie. It’s a big rush when 4,000 people all cheer at the same time. That’s why movie theaters are still popular, and why outdoor screenings are all the rage. People want to get together and share these films with each other; it’s how they were intended to be seen. Moviegoing has survived TV, home video, and now streaming. It will never go away. 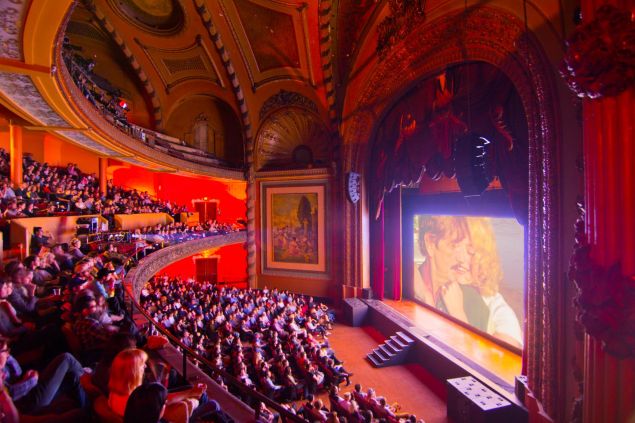 Are there movies that you feel wouldn’t work at the cemetery?

I only play movies that can hold an audience, ones that can entertain them, scare them, leave them in suspense or make them laugh no matter what era they’re from. With so many people in a crowd, combined with a party atmosphere, a movie that gets boring will incite chaos. The moment audience attention begins to wander, you’re done for. That’s why we only play the greats.

I see Amazon Studios is sponsoring your season. What does that kind of sponsorship actually entail?

Amazon Studios is our season partner for 2016, and it’s a great match. On the one hand, they have a lot of faith in our programming, and they don’t meddle with my formula. On the other hand, we love what they’re doing. We promote their films to Cinespia fans with confidence because we believe in the movies. Films made by people like Jim Jarmusch, Woody Allen, Todd Solondz, Nic Refn, Park Chan-wook. These are filmmakers we love, and that our savvy young audience loves too.

A number of your screenings have had the films’ stars and directors show up. How does that happen?

I do screenings in Los Angeles, home to many of the people who created the films, and we always send invites for them to come to our shows. Sometimes, as was the case with Cameron Crowe, whole teams of people who made a film show up. It’s a unique experience for them to see it with thousands of fans. They love it! Cinespia, at the cemetery and the movie palaces, is also where many famous people come to watch movies. We’ve been host to so many stars, directors, writers, producers in our audience over the years. It’s a great feeling to be able to provide a casual, safe place where they can go to enjoy their favorite movies, and for young talented creatives to discover classic films.

When did you start adding the DJ and photobooth to your screenings?

I’ve always had a DJ from the start. In fact, I did it myself in the early days. It adds so much to the experience. We get some of the best DJs in the world: Questlove, Cut Chemist, Chris Holmes, Gaslamp Killer, J-Rocc. These are guys who really know how to curate a fun set of music and rock the crowd. Cinespia has been doing the photo booths for six years now with our wonderful Creative Director, artist Alia Penner, who comes up with a new concept each week. It adds a great dimension to the events, not only because of the elaborate sets and lighting that makes you look like a model, but because you take home a memento of the night you had with your friends. It’s a great memory recorded in a fun way.

What constitutes a successful screening to you?

A successful screening is one where the audience has a blast with a film, and I think we always hit that mark. My internal “applause meter” is finely tuned, I know when they really love it. A happy crowd will be talking and laughing for hours after a great event. 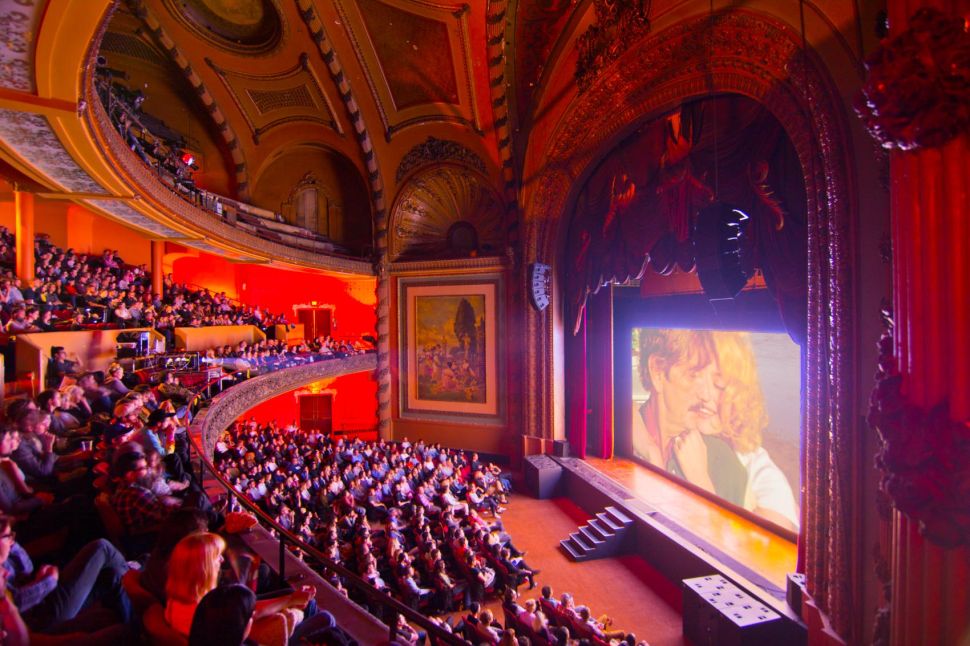 Filed Under: Entertainment, Movies, Behind the screens, Cinespia