The Metrograph might just be the ritziest cinema in New York City. If seeing a movie at the Alamo Drafthouse is like hanging out at your really cool friend’s house, then catching a film at the Metrograph is like stopping by an exclusive social club, complete with its own bar/restaurant, The Commissary, that offers cocktails and steak tartare, as well as a little bookshop featuring rare used and new books about film. But don’t let the classiness of the digs intimidate you: This is a place that happily screens films like Die Hard and the killer Santa cult classic Silent Night, Deadly Night alongside arthouse staples like The Maltese Falcon and Chaplin’s Monsieur Verdoux. We recently spoke to head of programming Aliza Ma about the Metrograph’s massive 20-film restrospective of the career of Hong Kong megastar Maggie Cheung, which kicks off on December 8.

Where did the original idea for the “Maggie Cheung: Center Stage” retrospective come from?

Well, the first program I put together as assistant film curator at the Museum of the Moving Image was a Wong Kar-Wai retrospective, and that was timed to the opening of The Grandmaster. That was a good opportunity to watch all those movies again on 35mm prints. They’re still around, they’re still beautiful. Then I realized Maggie Cheung is perfect.

Ageless and elegant and iconic. The only person I can think of who is as iconic is Ruan Lingyu from the silent Shanghainese Golden Period of Cinema, and she actually plays Ruan Lingyu in Center Stage, which was perfect. And all of her performances have been so devastating. Even in the earlier Jackie Chan comedies, she really brought a gravitas to them.

But that goes to the point that, when we think of auteurs, we usually think of directors and not actors. This is a case where you’re positing that the actor is the auteur.

Right, and she definitely seemed to be more in control of her career and steering it into a direction that gave her more control and more visibility and more artistic input than so many actors in Hong Kong, like Chow Yun-fat or someone like that who was a work-a-day actor, and it would just so happen that he would appear in some of most incredible Hong Kong films. I’m not sure how much of that had to do with his appreciation for the cinema as an art form. I would say, for Maggie, at some point, she became very self-aware of her role in international cinema and proceeded to pursue it in a very assertive way. We all knew that had the beauty to do it, but she was also smart enough to steer herself in the direction until she became the first Chinese actress to win Best Actress at Cannes.

That ability to manage her own career is such a rare thing in Hong Kong, unless you’re someone like Jackie Chan, because the industry runs much more like the old Hollywood studio system, where people just had to do what they were handed.

Yeah, and at that point when she was first getting started, actors in Hong Kong didn’t get special treatment or anything. They were treated like just another person on the crew, and I guess, even in terms of filmmakers, there wasn’t this idea that is so concrete now of a Hong Kong auteur. But, at that point, you had people making so many films at such a rapid pace, and she kept up with it and managed to affect the filmmaking in such a direct way when she started working with Wong Kar-Wai. So, yeah, I think she’s just one of these icons. She’s really the quintessential Chinese actress of our time.

I think that I always feel more of an impetus to program stuff from Hong Kong from during the ’80s and ’90s because there are films that really aren’t properly preserved, and the copies that do survive are getting fewer every day, so I began, as I always do with retrospectives, by making a filmography. And then when I made the Maggie Cheung filmography, I looked through, and it seemed that there were just a few films that were so career-defining, and she had so many different movements in her career. So I really wanted to have something represent her early work, then I wanted something to represent the transitional stuff, like As Tears Go By, and then the later stuff, which are some of the best films ever made. So we started looking at that, and from that list, I condensed it to a smaller list of essential films. But, at that point, it wasn’t the most condensed it could have been because I wanted to do print research. I started looking around to see what’s out there. First, I started to look in North America because it would be really helpful if we didn’t have to ship 60 pounds of film across the ocean. But, luckily, because of the Chinatown theater culture that used to exist in North America, a lot of these films did get North American releases, and then, when those theaters went out of business, a lot of people began collecting those prints. And so, I was able to find most of those prints here. Actually, I would venture to say that there are more prints here than there are in Hong Kong now because a) Hong Kongers don’t believe in film preservation. There’s this overarching mentality of “out with the old, in with the new.” And also b) the climate there is so swampy. It’s the worst weather for film preservation, and so for those reasons, I was really lucky to find a lot of archival prints here.

So you wound up with 20 films in your retrospective, which is pretty enormous.

And that’s not even half of her films.

I absolutely had to create the room in the schedule. It really is a lot of work to put in that much print research, and when it comes to rights, sometimes, you get bounced around from one Hong Kong company to another. In the end, you’re like, “Oh, I have to license this title from a real estate in Kowloon. Great.” (laughs) So it is a lot of work, and when you’re doing that much work, you might as well be as comprehensive as possible, to an extent that makes sense, of course. I could’ve shown a lot of the earlier ’80s comedies, but I thought there’s frankly not an audience for all of those films. So, yeah, I really wanted to have a comprehensive retrospective. Nobody’s really celebrated her work before in this way, so I really wanted it to make an impact, in terms of both impact and size.

When it came to the actual selection, were you more focused on the quality of the movie itself or the size of her role and the impact it had on her development?

In terms of the earlier stuff, I could have left out Supercop, where she has a smaller role, but why wouldn’t I just include it? It’s sort of a case-by-case. Police Story, Jackie Chan, I feel like a lot of people will come out and see those movies, regardless of context. Green Snake, Tsui Hark, that’s a movie I absolutely adore, and it never gets shown, so given that I have a beautiful archival print, I’m just going to show it. She does have a pivotal role as the titular “green snake,” but in terms of the effect the film had on her career, maybe it’s not as impactful. But I wanted to show all different sides to it and create a kind of timeline for people to dip in and out of and see the massive scope of the work she’s done over the years. But also, some of these films fill in the gaps if you’re a Tsui Hark fan, if you’re a Jackie Chan fan. Maybe you haven’t seen some of these films before either.

I think that what really works for us is going somewhat chronologically. If there’s a retrospective on Maggie Chung, going chronologically, but breaking that up in between and not just saying, “We have to show each title three times.” It’s, “Which ones do we think will work better with audiences?” And so, for instance, the three Police Story films. We’re showing each one separately, and we’re going to do one day where you can marathon it if you want to do that. That, again, ties into us and our experience of going to the movies and what we wish we could see and how we could see it. So, definitely, the Wong Kar-Wai films are clustered within the same week and a half, but then, they’re also broken up from day to day in a way where you can go and see something else at the same time. If you wanted to come and watch As Tears Go By and Days of Being Wild as a double-bill, you could do that, too, on a Saturday night. And thinking about how those are such great date films, people come here for dinner and a movie, of course. Things like that and just making sure the big titles get more screen time because we have pretty small theaters, so those films need to be shown a few times in order to find the full audience they deserve.

Did you make an effort to try to get Maggie Cheung to come over?

Did I ever! Oh, my God! (laughs) It’s just, she’s such a megastar. So I got in touch with her reps. There’s one in L.A., one in Shanghai. She lives in Beijing now. So there were countless months of trying to work something out. But it was juggling schedules at first, then juggling budget, and I think there’s just a lot there that we weren’t necessarily equipped to do, though it would have been very meaningful. And it’s not 100 percent off the table just yet, but absolutely, every single time, it’s very important to me that we don’t do any what we call “hearse-chasing” with our programming. When someone dies and the first kneejerk reaction is to do their retrospective, it’s just like, “Where were you when they were alive?” Celebrate people who are around, you know? 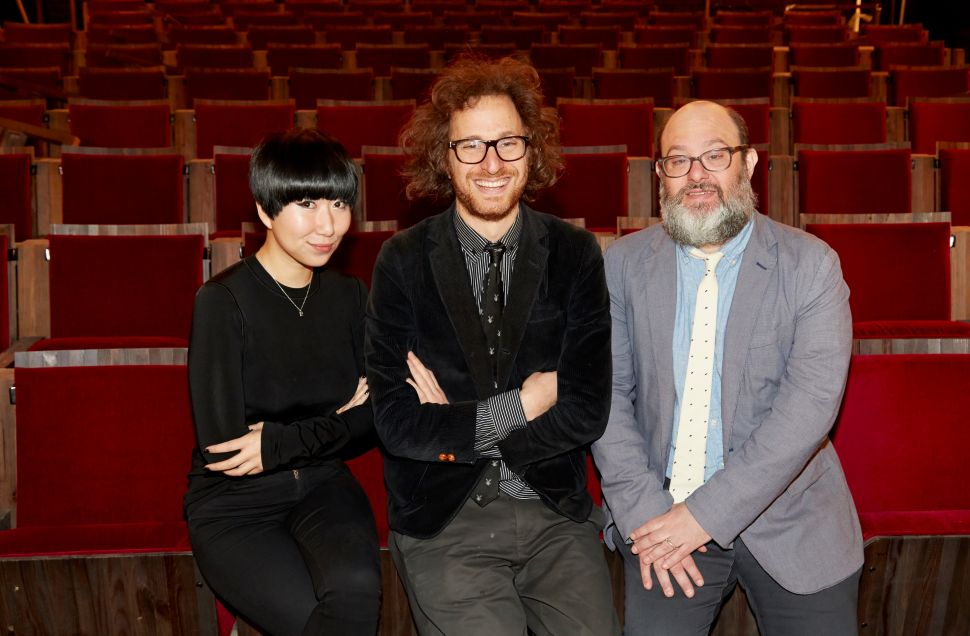