There are two men in a hospital, on opposite sides of a room. They can’t see each other, but they’re close enough to speak. Weeks go by. One man describes a view outside a window to the other: white clouds, blue skies, cardinals flying by. The man listening starts to get envious — he does not have a window, only a blank wall in his field of vision. The man describes the changing views: fantastic windstorms, sunsets, rain showers, until he is well enough to leave the hospital. The man by the blank wall begs to be moved to the other’s bed, to see the view he has been told about. But when he’s moved, he discovers there is no window. There never was. What the man described was only his imagination. The creation of imagery had no reality to support it.

The way we perceive the world is more fluid than the binaries of fact and fiction. Throughout the course of each day, we are confronted with continuous feeds of imagery, language, and experiences — some verifiable, some invented, many in between. The distance between the author and the reader has increased into abstraction. On an individual level, many of us select representations of our lives on social media, curating what we want to enforce as an image of ourselves to friends, colleagues, strangers, and perhaps most importantly to ourselves. On a larger scale, history functions as a filter that presents a single image — a limited and reductive version of our shared past.

“Post-truth” was declared the Oxford English Dictionary’s 2016 international word of the year. Consider the recent election: People in other parts of the globe, outside the United States where I write this, produced thousands of fake pro-Trump news articles, which were shared millions of times — shaping people’s beliefs, their imaginations taking flight. The feeling of truth, our desire for something to be true, and our belief in an image we want to be true has eclipsed the idea of truth itself. Reality, with its complexities, contradictions and challenges limps to the back of the class, drooping its head, waiting for a dunce cap. It has lost its significance.

“At what exact moment did the real turn into the unreal, reality into reverie? Where was the border?” —Milan Kundera, Identity

Think of one the most basic, functional expressions of design: the bathroom sign icon, indicating two defining genders. It is now loaded with ammunition, specifically in the state of North Carolina, where legislature has been passed to ensure transgendered people use only the bathroom corresponding to the gender on their birth certificate. The idea that someone defined as a male by the authorities, now identifies as female has caused outrage. Arguments were made and clung to, one being that male pedophiles dressed up as women would assault the ‘real’ women. Yet reality contradicts this image of predators: The National Center for Transgender Equality, the Human Rights Campaign, and the American Civil Liberties Union report no statistical evidence of this type of violence. However, the conflict between how we see a person in front of us, and the visual depiction of how that person ‘should look’ is so powerful, it can lead to chaos — even death. It is a conflict of intolerance.

A defining theme of the Trump campaign was the fear of Muslims — their implicit ties to terrorism and the safety of our country. There are about 1.6 billion Muslims in the world, about 23% of the human population. Fewer than 100,000 people, a report by the Bipartisan Policy Center estimates, are fighting for jihadist causes. This is .0000625% of the Muslim population. To understand that incomprehensibly small figure, multiply it by 1000 and it’s still only .0625%. The chances that an American will die as a result of terrorist activity is approximately 1 in 20 million — the same statistical percentage that you will die by being crushed under your sofa.

Despite these exceedingly low statistics, we are saturated by images of fear, of bloody violence, of terror. This plays effectively to how our minds innately respond to threat: Imagery of violence not only produces stronger emotions in our minds, but dominates news — and therefore our consciousness. This falls into what the psychologist Daniel Kahneman calls an availability cascade: a process of belief formed by both the ease of an image coming to mind and the volume of availability. When information or imagery is repeated over and over, no matter what consequence or degree of danger it poses, it becomes the most real and the most urgent.

Statistically, we’re most likely to die from something much less dramatic and vivid in our minds: heart disease, a condition caused by thousands of decisions, genetics, history. But there is no immediate image of its real threat. What if funds to destroy terrorism were redirected to what our, statistically speaking, most likely culprit of death is? Or, imagine if there was not only discussion of banning Muslims from entering the country, because of their suggested capacity for terrorism, but also conversations of banning sofas due to their analogous capacity to kill us.

Several months ago, I was invited by The Church of Jesus Christ and Latter Day Saints to be on a panel discussing how designers can thrive within the confines of an established brand. It was part of a celebration of the first ever LDS brand guidelines. My thesis was this: For a brand to thrive, it has to strike a balance between consistency and variation. Think of Nike, Apple, or Google, allowing for evolution based on clients, audience, and even designers. Because the LDS Church does not sell a corporate product, I thought a cultural example could be of greater impact, and showed the rainbow flag. The flag’s visual history documents how its use has changed over time, just as acceptance and understanding of the LGBT community has changed. It was 3 minutes of a 15 minute presentation.

I sent the presentation to the LDS team that organized the event, for technical and testing reasons, at which point they asked me to remove the section about the flag, because it could be perceived as a provocation. I expressed that, as a designer, it was important to use an example of a cultural symbol shifting over time, in the dynamic and surprising ways that it has, and that it was more relevant than showing traditional corporate brands. I also expressed that, if it could not be viewed as a visual study, perhaps I was not the best person to be included in this panel and discussion. The organizer agreed and I was not part of this discussion. The images, specifically the reality that they represent, could distract from the larger conversation.

On November 17, 1989, the people of formerly known Czechoslovakia began a movement to overthrow their government — now referred to as The Velvet Revolution. Through passive resistance, hundreds of thousands of people ended a 41-year-long Communist rule. It began with a student march, attracting about 15,000 people. But as word spread quickly about the death of a student — Martin Šmíd — who was killed during the march at the hands of the police, demonstrations multiplied to more than 500,000 people across the country. Supporters recognized one another through jingling keys, meaning both the unlocking of doors and a farewell to the Communists. A week later, the entire top leadership of the Communist Party in Czechoslovakia resigned.

But what people did not know, or could not accept, is that the student Martin Šmíd did not die. He was not killed at the hands of the police force. He never existed. Both his death and his life were pure fiction that saturated the country, fueling their cause. The image of his death will live on — beginning and ending entirely in our imagination — and yet, contributing to one of the largest peaceful transfers of power in history.

Our imaginations are born from our pasts, our presents, our hopes, our desires, our heartbreaks — creating a unique vantage point. Each of us brings this landscape of our lives to how we see and perceive the world. We each see through the lens of the most significant frame: our own identity. To ignore this is to ignore the reality of being human. We are entering an era promised to “Make America Great Again,” a phrase which sets our imagination free with images of a preferred life, a better life, to whatever is now. It is a phrase we could all translate to mean: “Make my life great again.”

One thing that we all have in common now is this: We exist in an untethered, cavernous space between image and reality, selecting bits and pieces of information to complete a picture of what we want to be real. If a piece doesn’t fit, if it challenges our beliefs or what we desire to be true, we can always discard it for one that supports what we want to see. While this is not a new behavior (the chapter preceding our ‘Post-Truth’ world could not be called ‘Truth’) it is now front and center on the world stage, encircled by spotlights.

Truth, fiction, and the fuzzy space between can all look the same, especially through digital media. What we see and read is always supplemented by our imaginations, just as bricks need mortar to complete a building. In order to get out of our individual frame — our default setting, as David Foster Wallace referred to it — we can challenge our assumptions and beliefs through education, evidence, and experience.

This elevates everyone’s responsibility in communication, specifically a designer’s. Our ability to bring shape to information, clarity to an idea, and form to a fact is the most important contribution we can bring to our world.

The role of design has never been more important in our quest for understanding.

“Seeing comes before words…It is seeing which establishes our place in the surrounding world; we explain that world with words, but words can never undo the fact that we are surrounded by it. The relation between what we see and what we know is never settled.” —John Berger

Sue Walsh is a Creative Director at SYPartners and faculty at the School of Visual Arts. Sue is formerly the Senior Art Director at Milton Glaser Incorporated. This piece was originally published at posted by SYPartners. 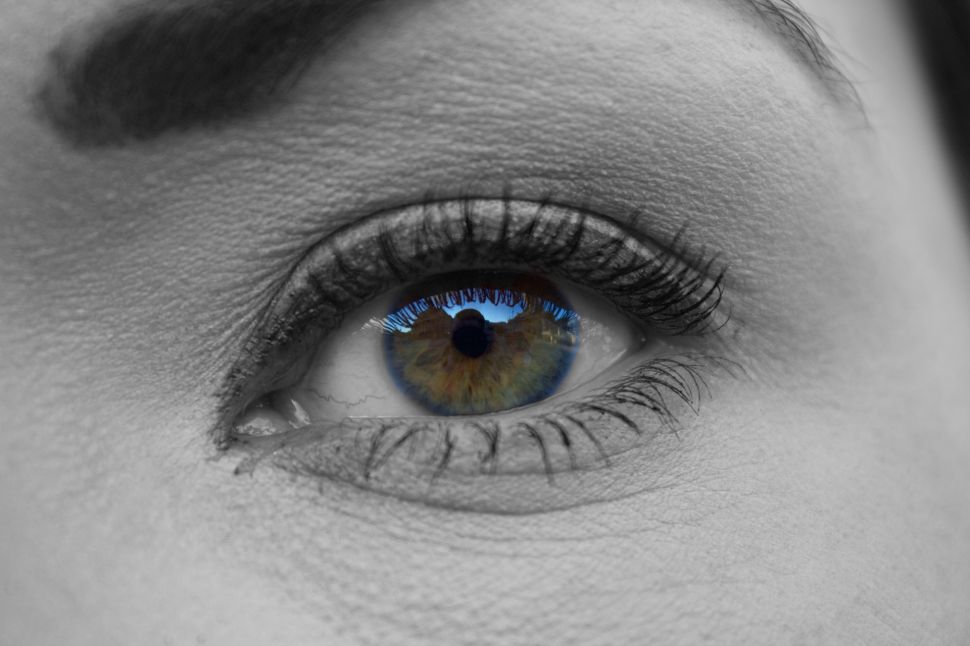