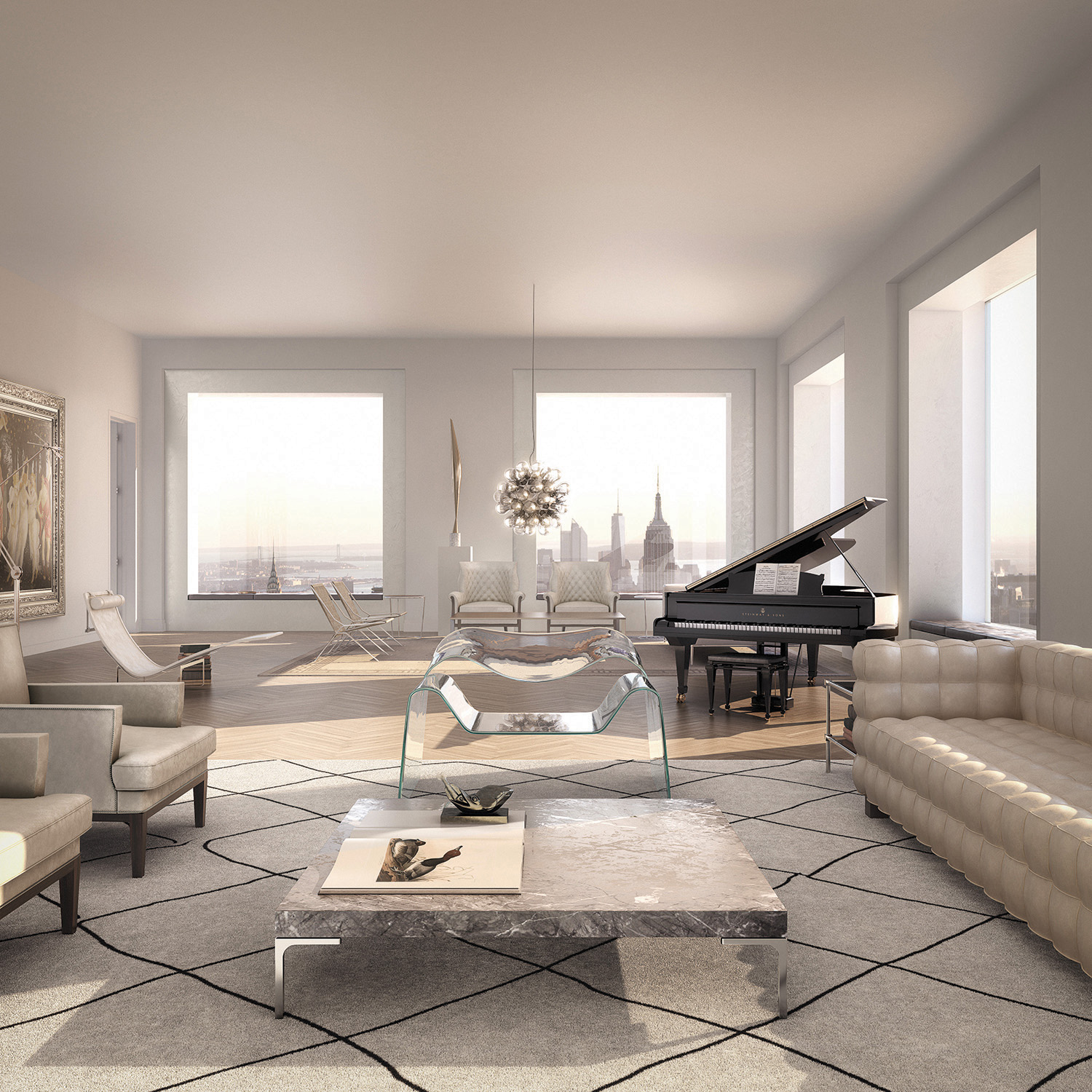 The No. 1 biggest deal of the year goes to the 96th-floor penthouse at 432 Park Avenue. It’s entirely fitting (and unsurprising) that the Macklowe Properties and CIM Group-developed building takes top honors—the buzzed-about glitzy supertall seems to have taken over the reins from One57, and this is just the first of its appearances on this list. The 8,255-square-foot condo went into contract in 2013, at a reported price of $95 million. Alas, the six-bedroom, seven-bathroom apartment sold for the lesser sum of $87.66 million, to Penthouse Four Three Two PA LLC—the buyer is widely believed to be billionaire Saudi Arabian retail magnate Fawaz Al Hokair. 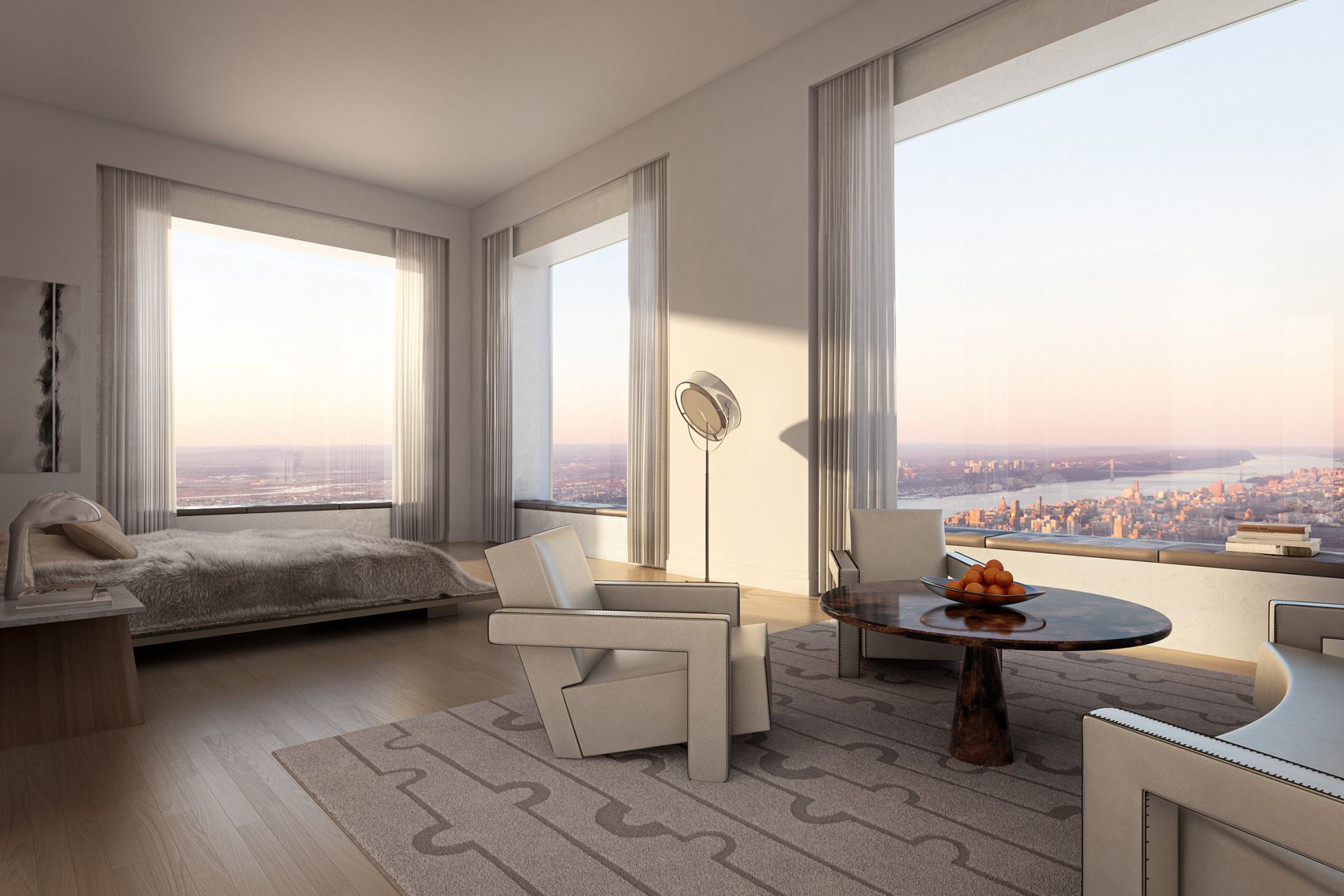 The runner up is penthouse 88 at Rafael Viñoly-designed 432 Park. The apartment sold at a hefty discount to former AllianceBernstein chairman and CEO Lewis A. Sanders and his wife, Alice. Sanders, who is currently the founder and CEO of investment management firm Sanders Capital LLC was represented by Corcoran brokers Robby Browne, Chris Kann and Jennifer Ireland in the deal, for which he paid substantially less than the $76.5 million listing price for the five-bedroom, 7.5-bath spread. The 8,055-square-foot abode was listed with Richard Wallgren at Macklowe and includes a wood-burning fireplace, private elevator, marble kitchen and a lavish master suite with two bathrooms and two dressing rooms. 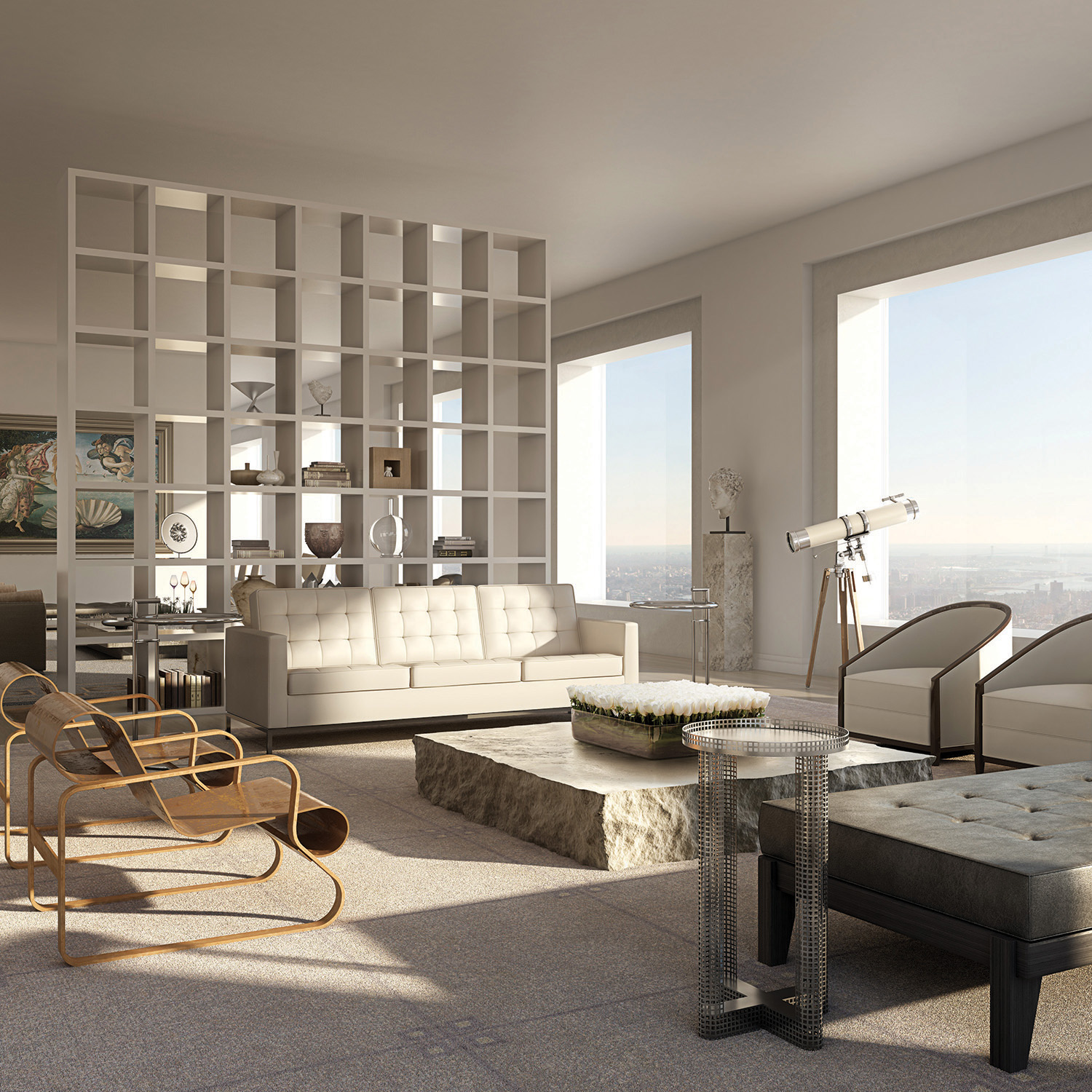 Yet another aerie at 432 Park comes up next, as the third priciest sale this year. A Los Angeles-based entity known as 432 Crotona Park Avenue LLC scooped up what is actually a two-unit combination—it will span 8,000 square feet; the entire 79th floor. The $59.14 million sale closed in June—at the time, it was the most expensive transaction in the building, though it would soon be dethroned. This apartment was never publicly listed, but the combo will span 8,000 square feet, the entire 79th floor. Oh, and this buyer also purchased two units on the 29th floor, doling out $1.86 million for 29C and $1.94 million for 29B. 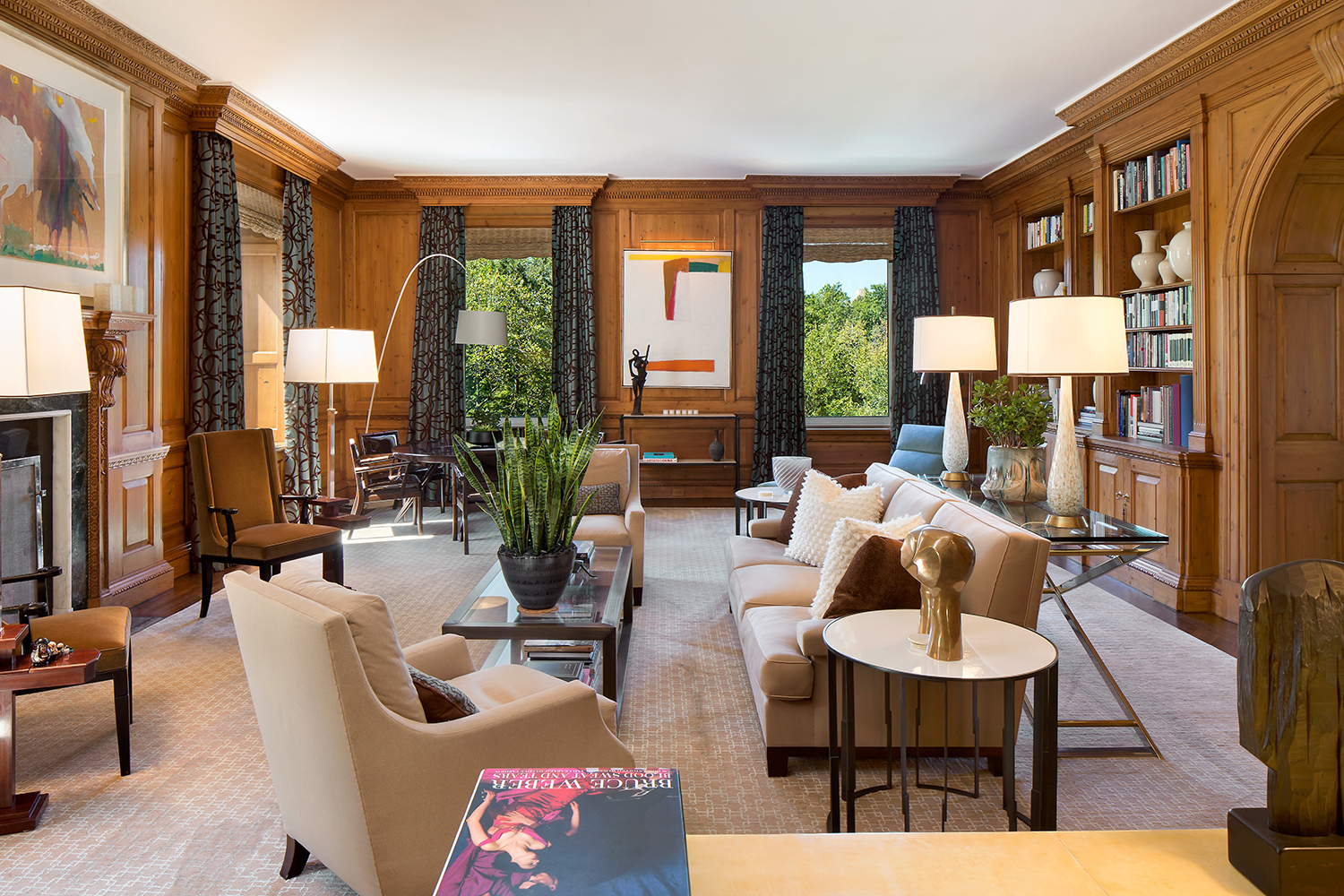 Moving on to the first co-op to make the list this year! Daniel Nir, the founder of Gracie Capital, and his wife Jill Braufman sold this four-bedroom, five-bathroom apartment on the fifth floor of uber-exclusive 4 East 66th Street (also known as 834 Fifth) for over the $48 million it was listed for with Douglas Elliman broker Sabrina Saltiel. The co-op board is notoriously difficult, though we assume the buyer, Chase Coleman of Tiger Global Management (and a direct descendent of Peter Stuyvesant), didn’t have too much trouble—he already owns the sixth floor, for which he paid $36.5 million. We can only imagine the palatial duplex Coleman, who used 4 East 66th #5 LLC for the $52 million purchase, has in mind now that he also owns this 15-room 7,500-square-foot apartment, with its 12-foot ceilings and two wood-burning fireplaces. 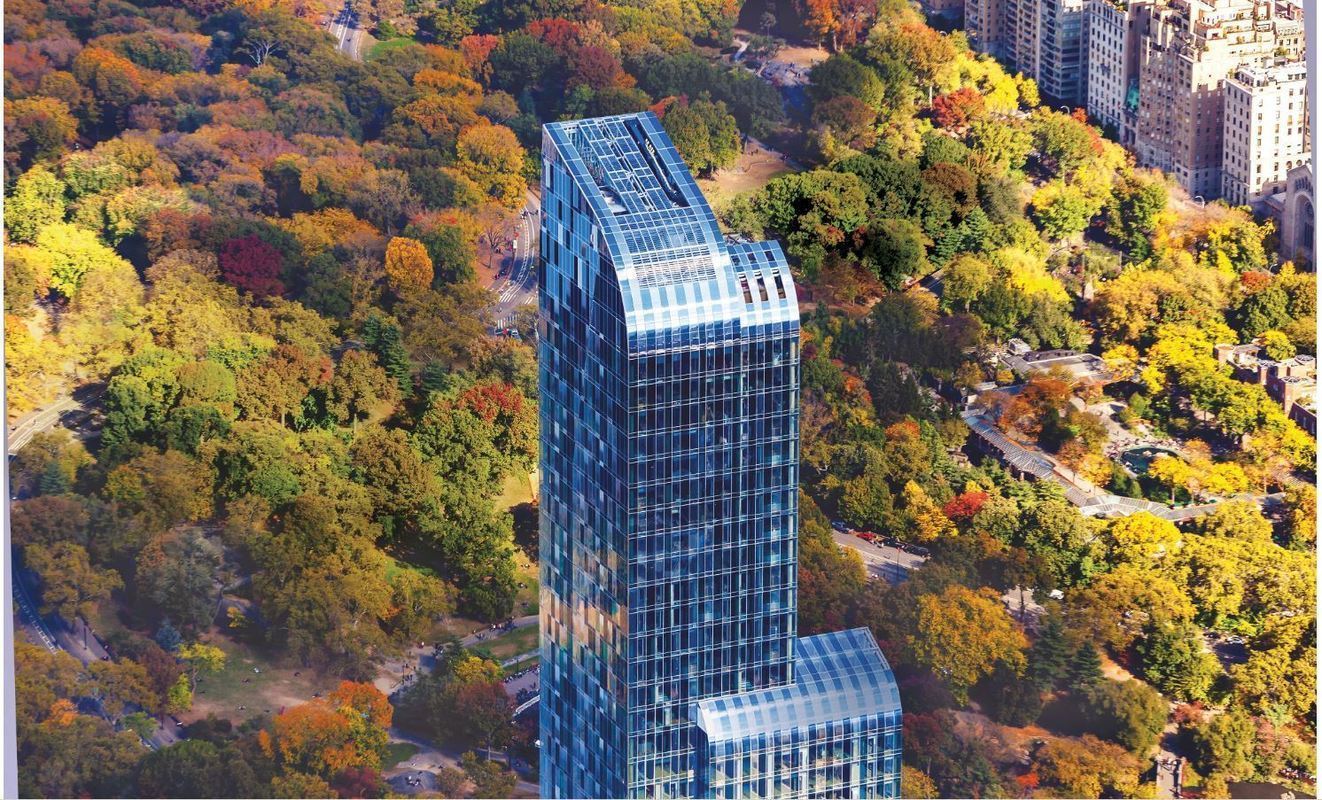 One57 ruled over the top residential sales for the past two years, but until this week, it seemed that Gary Barnett’s tower on Billionaire’s Row wouldn’t make the cut at all. That is, until this 83rd floor condo closed, coming in at number five on the list. Douglas Elliman broker Janice Chang handled the sale for the 6,240-square-foot abode, which is apparently the last full-floor unit available in the building. The four-bedroom, 4.5-bath condo was originally asking $58.5 million, but amid a major lull for sales at One57, it went for a mere $45.82 million. Obviously not pocket change, but still. Three private trusts including The Beverley Settlement were used for the purchase—two can be linked back to British billionaire Malcolm Healey, who made a fortune in kitchens. 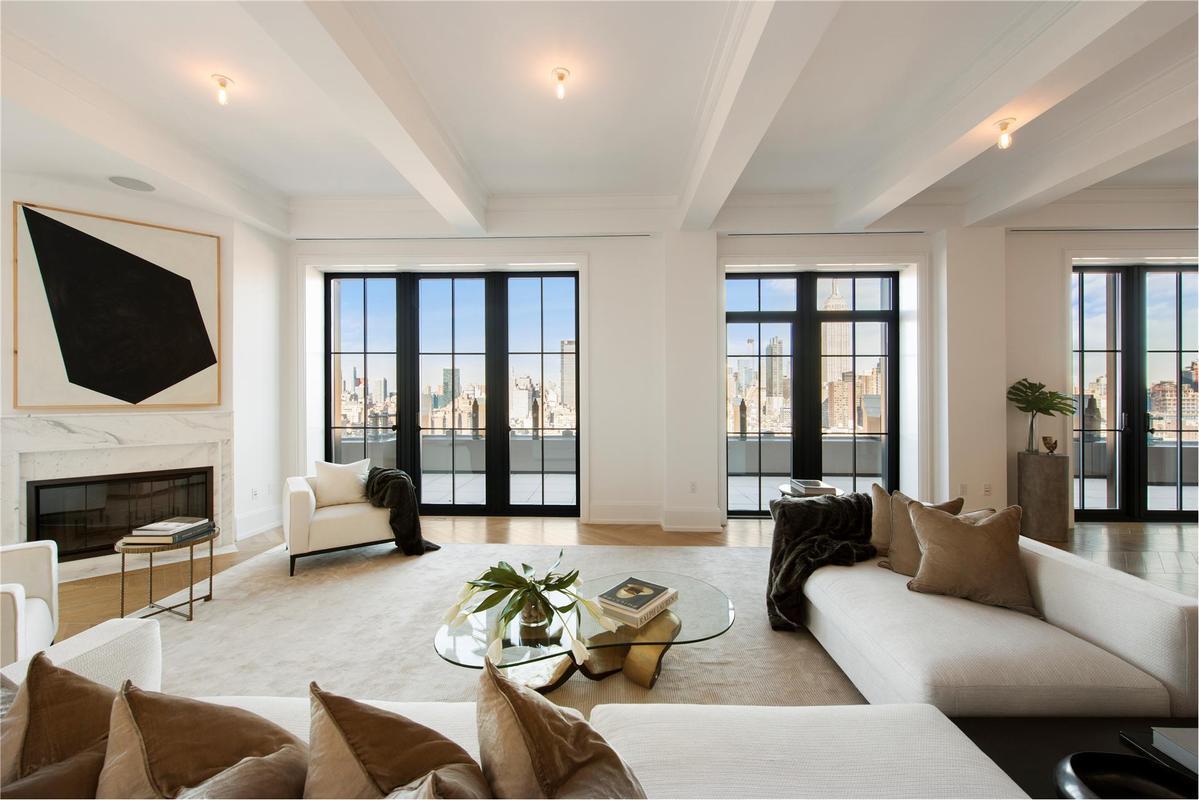 While a five-bedroom, 5.5-bath spread might not immediately strike one as a perfect pied-à-terre, that’s precisely what LA Fitness CEO Louis Welch and his wife, Michu, used this penthouse in Walker Tower for. Back in 2014, Welch paid $40.73 million for the crash pad, though perhaps he came to realize it might be a tad excessive—Welch sold the 6,738-square-foot abode this year to Walker Tower 1-8 LLC for $45 million. Corcoran broker Carrie Chiang represented Welch in the transaction—the apartment, which features three wood-burning fireplaces and a north-facing terrace, was never publicly relisted. 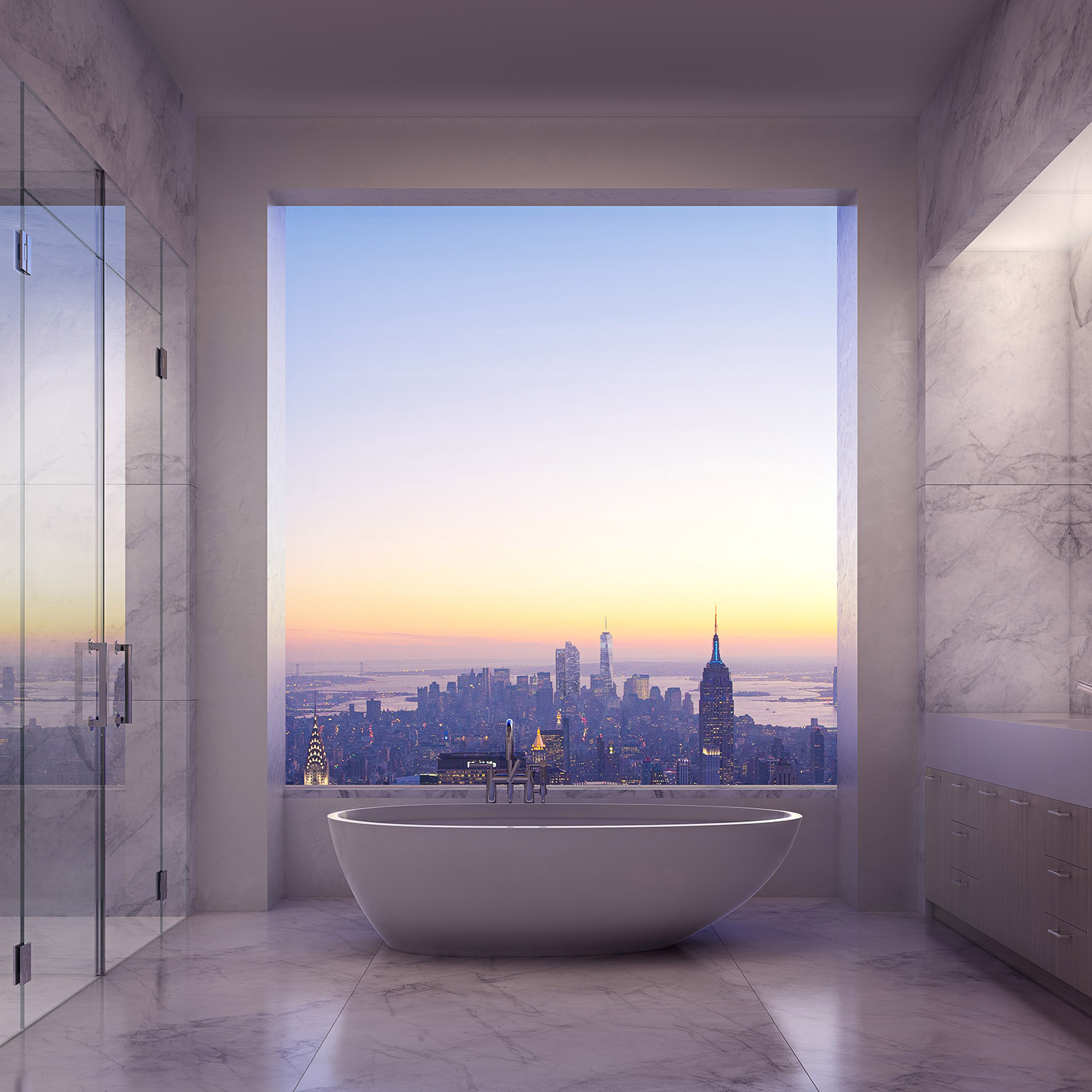 A mystery buyer known as Blessings Investments purchased this four-bedroom half-floor unit on the 82nd floor for $43.33 million. The same entity also purchased a smaller three-bedroom unit, 82A for $18.6 million—a combined total of $62 million, which technically would put them at No. 2 on this list. Since the buyer purchased the apartments in two separate transactions, we’ll keep them as such. Anyway, No. 7 isn’t too bad! Plus, this 5,421-square-foot apartment combined with the smaller 2,633-square-foot unit will make a beyond impressive home. 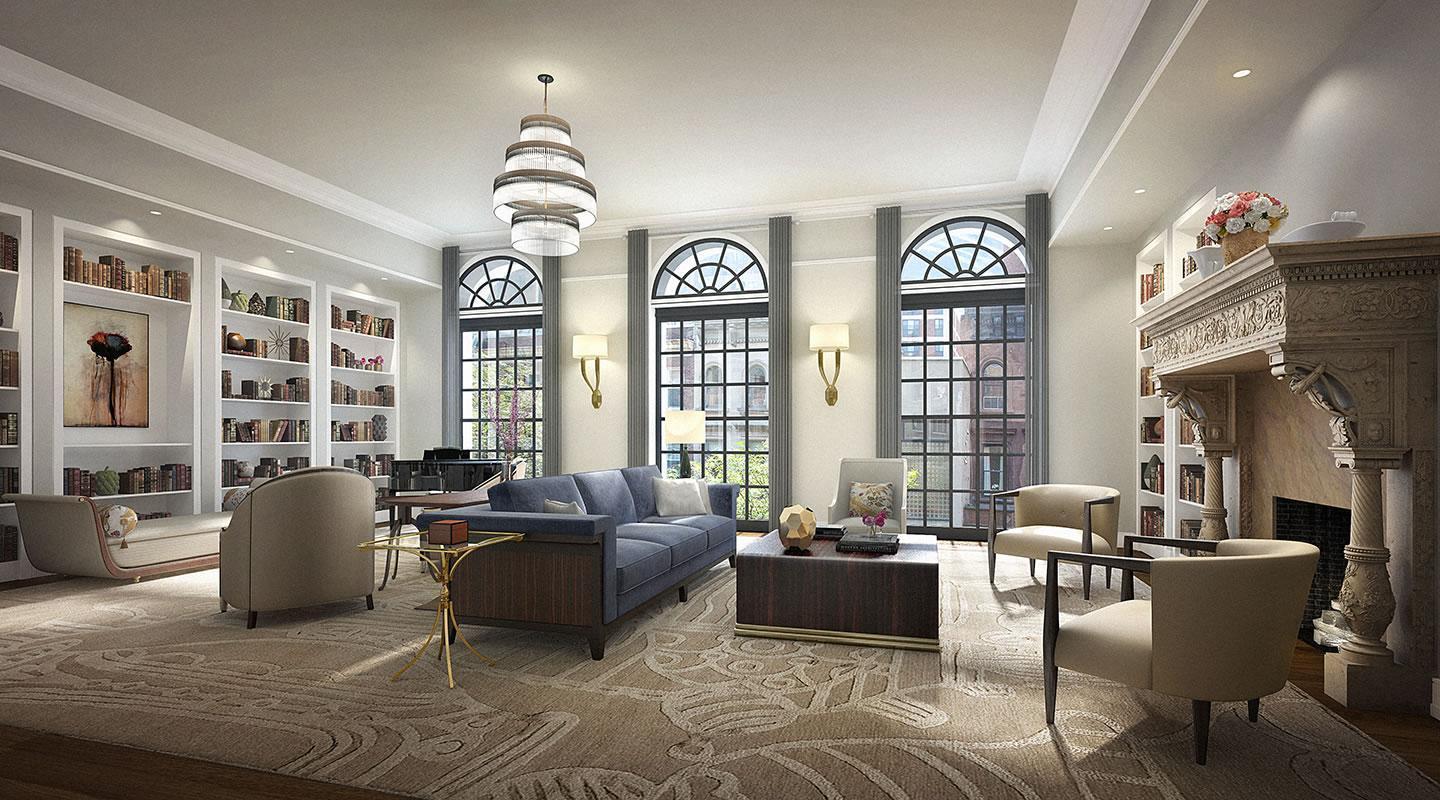 Russian billionaire Alexei Kuzmichev doled out $42.77 million in May for this four-floor spread in the seven-story Atterbury Mansion. Douglas Elliman brokers Lauren Muss and Katherine Gauthier had the listing for the 10,088-square-foot apartment at 33 East 74th Street. It’s comprised of five bedrooms, five bathrooms and three half baths and a private elevator. Kuzmichev also bought an apartment in an adjacent building for $15.5 million and reportedly wanted to connect the two. Perhaps he looked at Roman Abramovich for inspiration. Unfortunately, it seems Kuzmichev has already abandoned such plans—he relisted this apartment in September for $44 million. 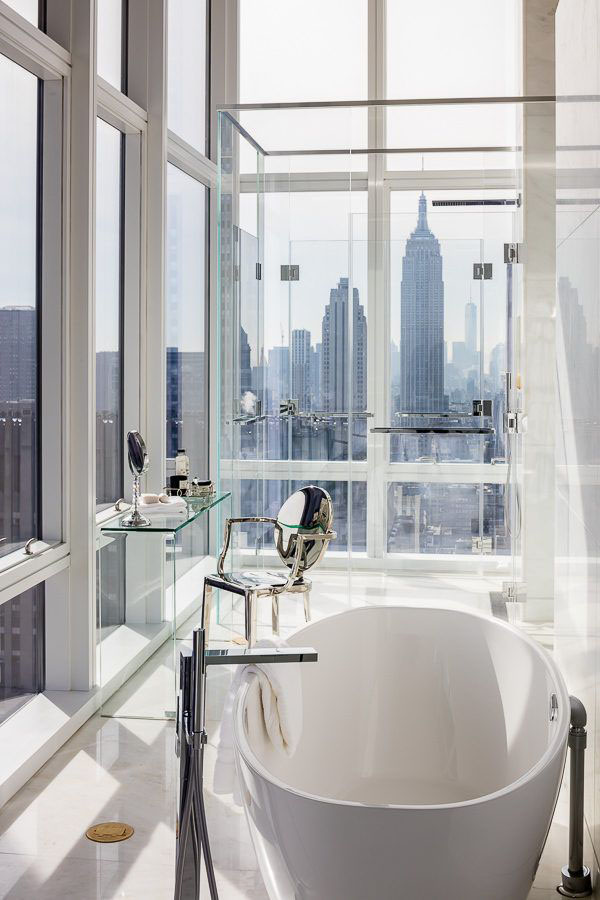 The crown jewel penthouse atop the Baccarat Hotel had a rather difficult time selling. It took three years and a major price cut, but ultimately, what we assume to be a crystal-adoring buyer emerged! The buyer, PH 20 West 53rd LLC, paid $32.55 million—nearly $20 million less than the $60 million the duplex was first asking. The 7,381-square-foot condo was listed with Douglas Elliman brokers Gail Sankarsingh, Janice Chang and Lauren Muss and includes 360-degree views of the city, 14-foot ceilings and Tony Ingrao-designed interiors. Not to forget about the luxurious amenities, like the Spa de la Mer and the crystal-bedecked Baccarat Bar. 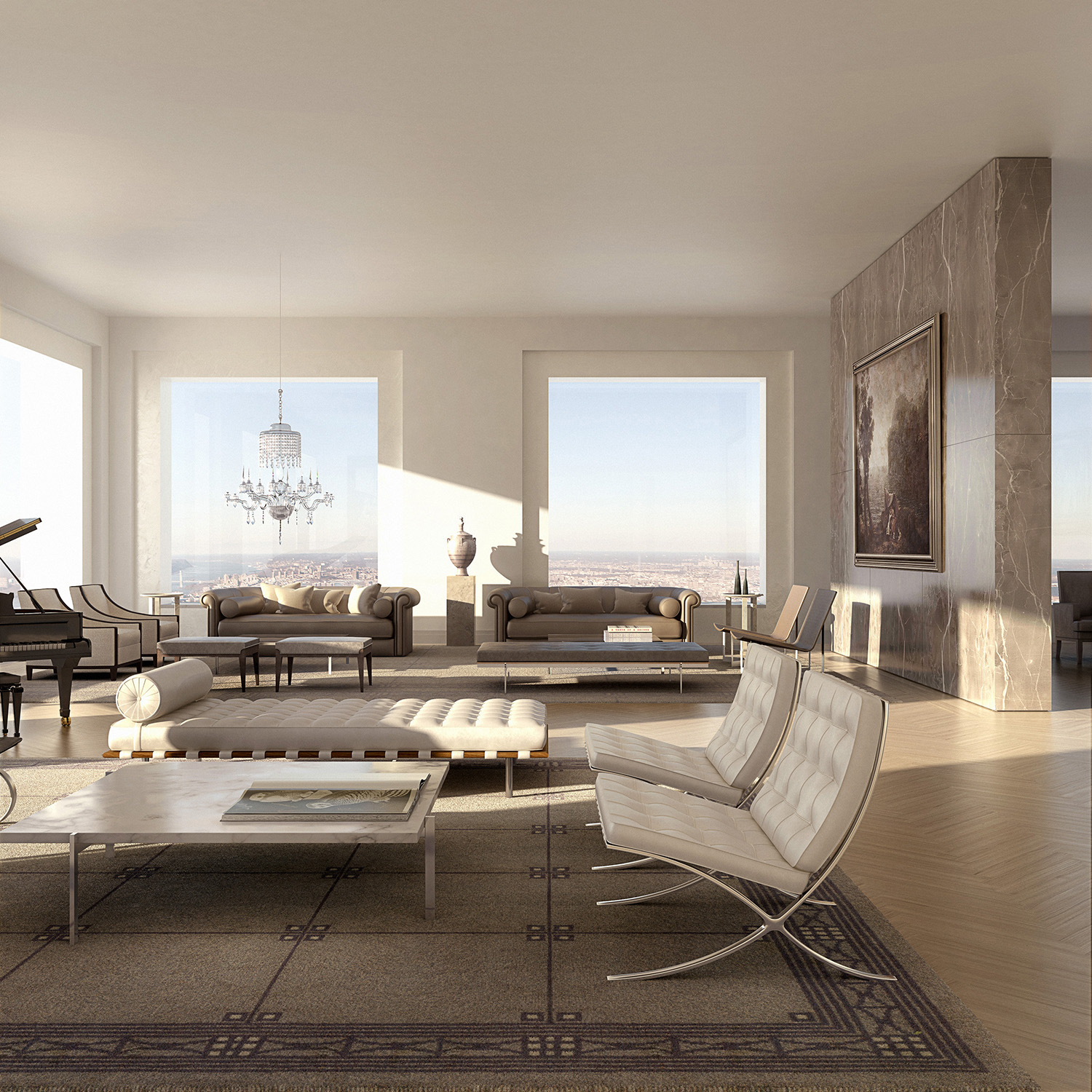 This 5,421-square-foot half-floor unit marks 432 Park’s fifth appearance on this list. Residencia LLC bought the four-bedroom, five-bathroom apartment, which was listed with Douglas Elliman, for $39.26 million. It’s not clear who is behind the limited liability company, but they also bought unit 28A (a 546-square-foot studio) for $1.67 million. 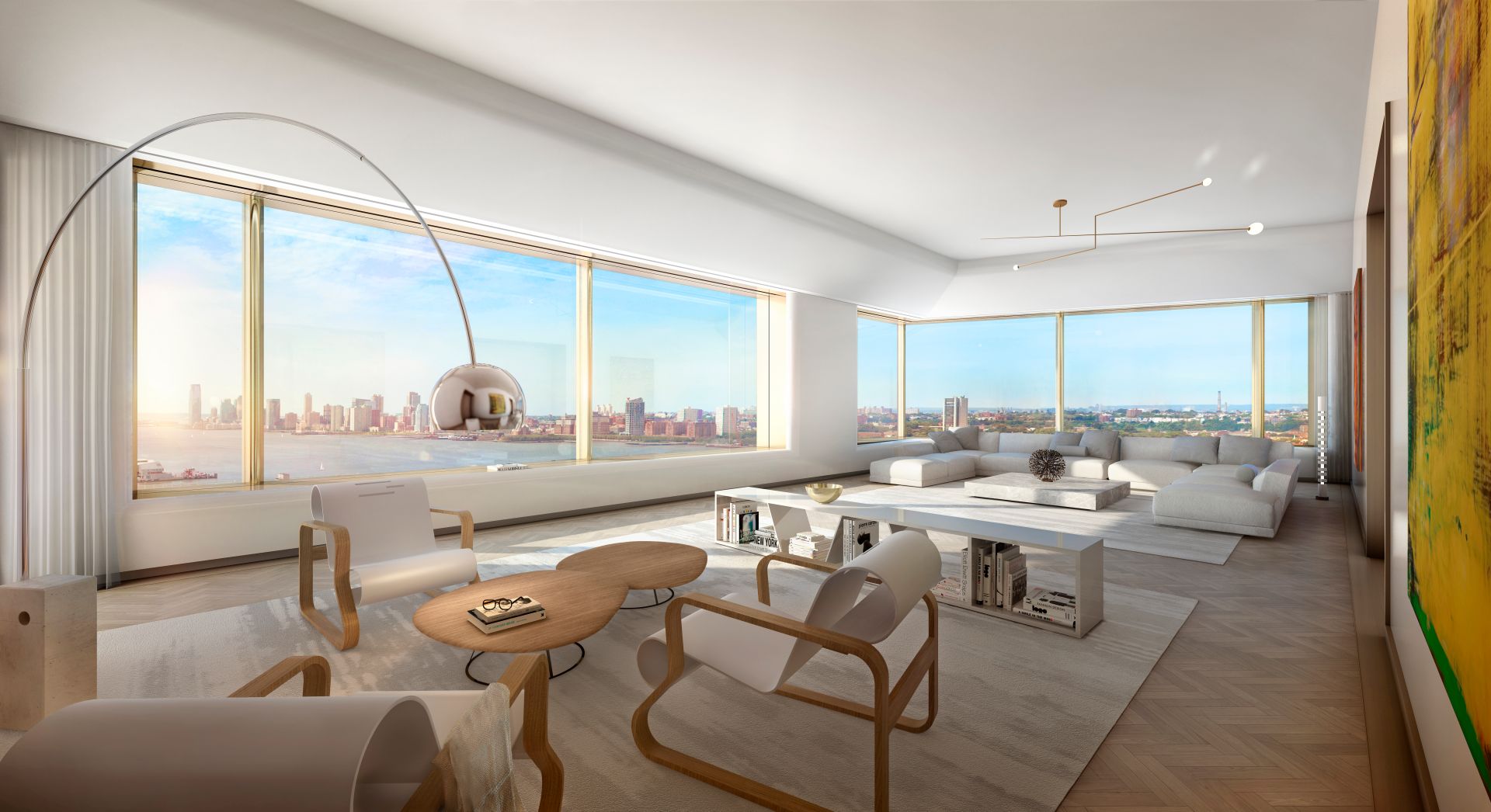 West Chelsea experienced a surge of new development in the past few years, like this 18th-floor spread at 551 West 21st Street. Brown Harris Stevens broker Erin Boisson Aries had the $40 million listing for the 6,137-square-foot apartment, which it sold for $34.62 million to City House LLC. Douglas Elliman broker Lauren Muss represented the buyer of the three-bedroom, 3.5-bath penthouse—the apartment features private elevator access, 11.5-foot ceilings, and 9-foot high double doors. There’s also 2,000 square feet of outdoor space, though it’s sadly lacking the private pool that the penthouse on top of the building possesses. 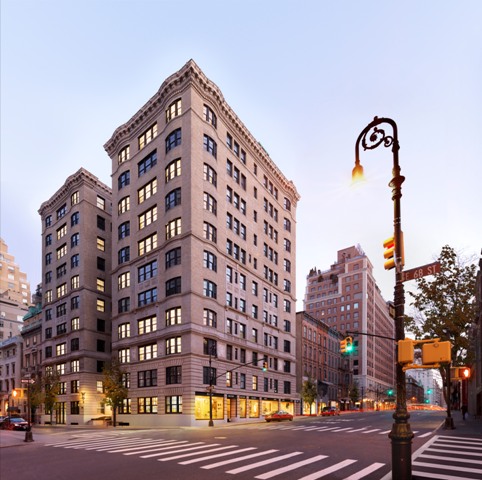 Hirschfeld Properties purchased this triplex penthouse at the Marquand from Ziel Feldman’s HFZ Capital Group and plans on using the space as an investment property. Hirschfeld spent $37.44 million on the condo, which is a bit of a price cut from the original $46.5 million the unit was listed for, with Douglas Elliman brokers Madeline Hult Elghanayan and Sabrina Saltiel. Hirschfeld bought the 7,058-square-foot space as a “white box” and had a tenant in place at the purchase date. 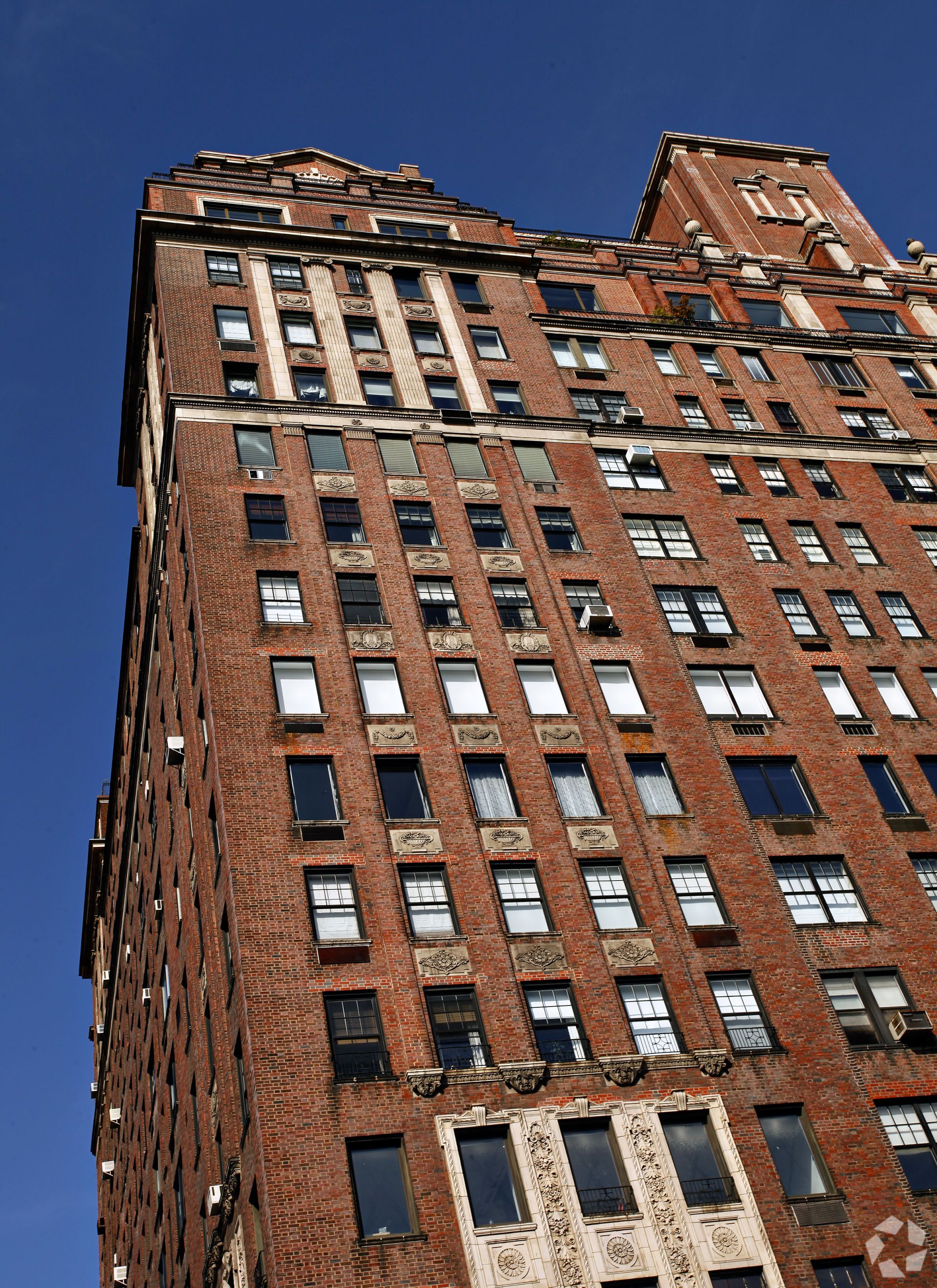 BlackRock co-founder Keith Anderson and his wife, Peggy, didn’t make quite the $42 million they were hoping for with this sale at 101 Central Park West. Still, the $35.34 million that 101 CPW-9B LLC paid for the five-bedroom, 5.5-bathroom apartment is rather impressive, especially considering the Andersons paid just $12.21 million for the Upper West Side home in 2003. The Andersons did complete a three-year renovation (carried out by Shelton, Mindel & Associates) on the 14-room co-op, which features 100 feet of Central Park frontage. Sotheby International Realty brokers Randall Gianopulos and Serena Boardman shared the listing for the co-op, while Stribling’s Alexa Lambert represented the buyer. 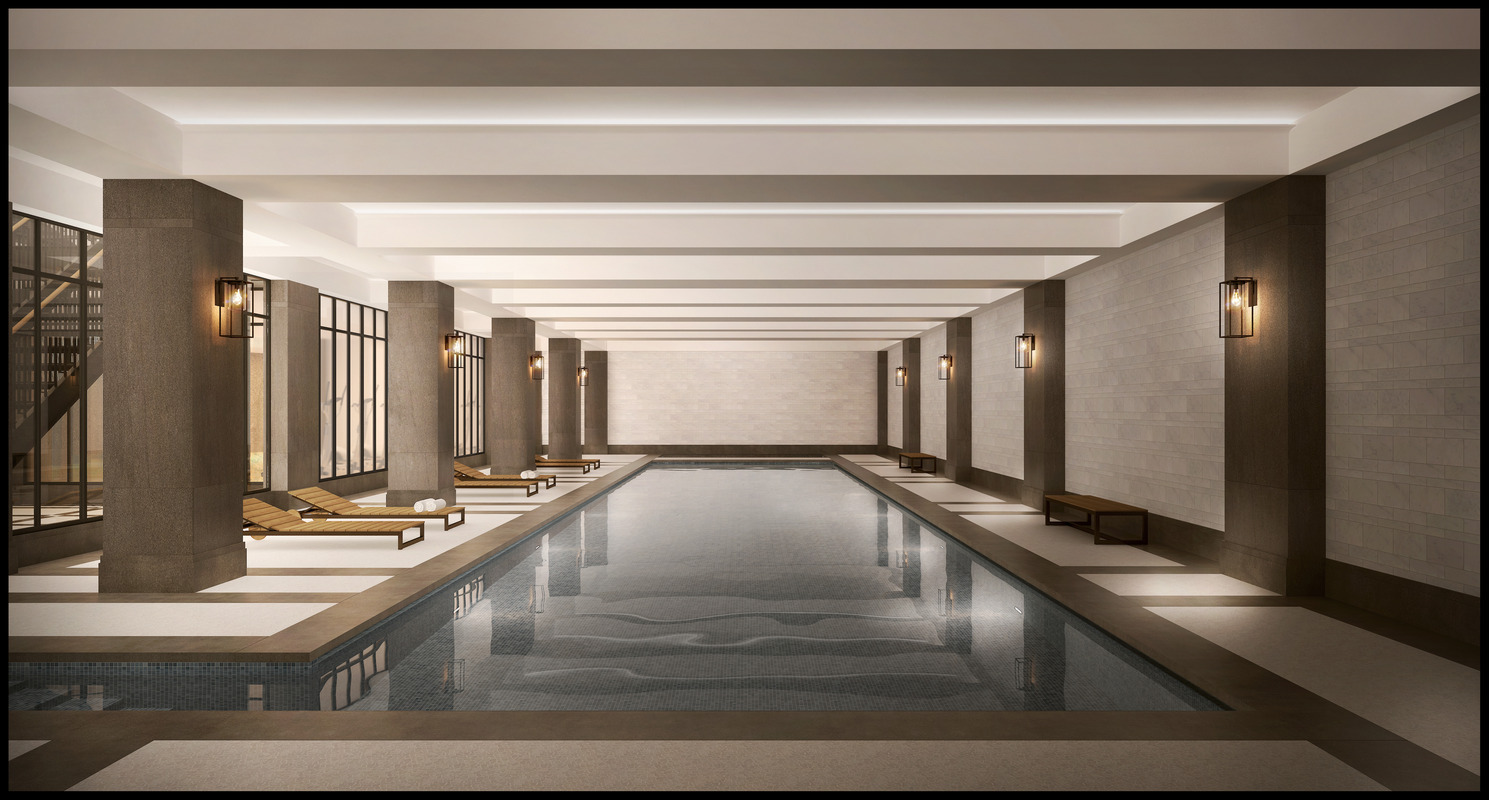 The penthouse at Steve Witkoff’s 10 Madison Square West went into contract almost immediately after it was announced in July of 2014, but it didn’t close until September 2016. The Alan Wanzenberg-designed duplex sold for $36.57 million to the still-mysterious 10 MSWC LLC. Douglas Elliman handled the sale for the 6,708-square-foot apartment, which includes five bedrooms, five bathrooms, a wraparound terrace and a rooftop lounge. 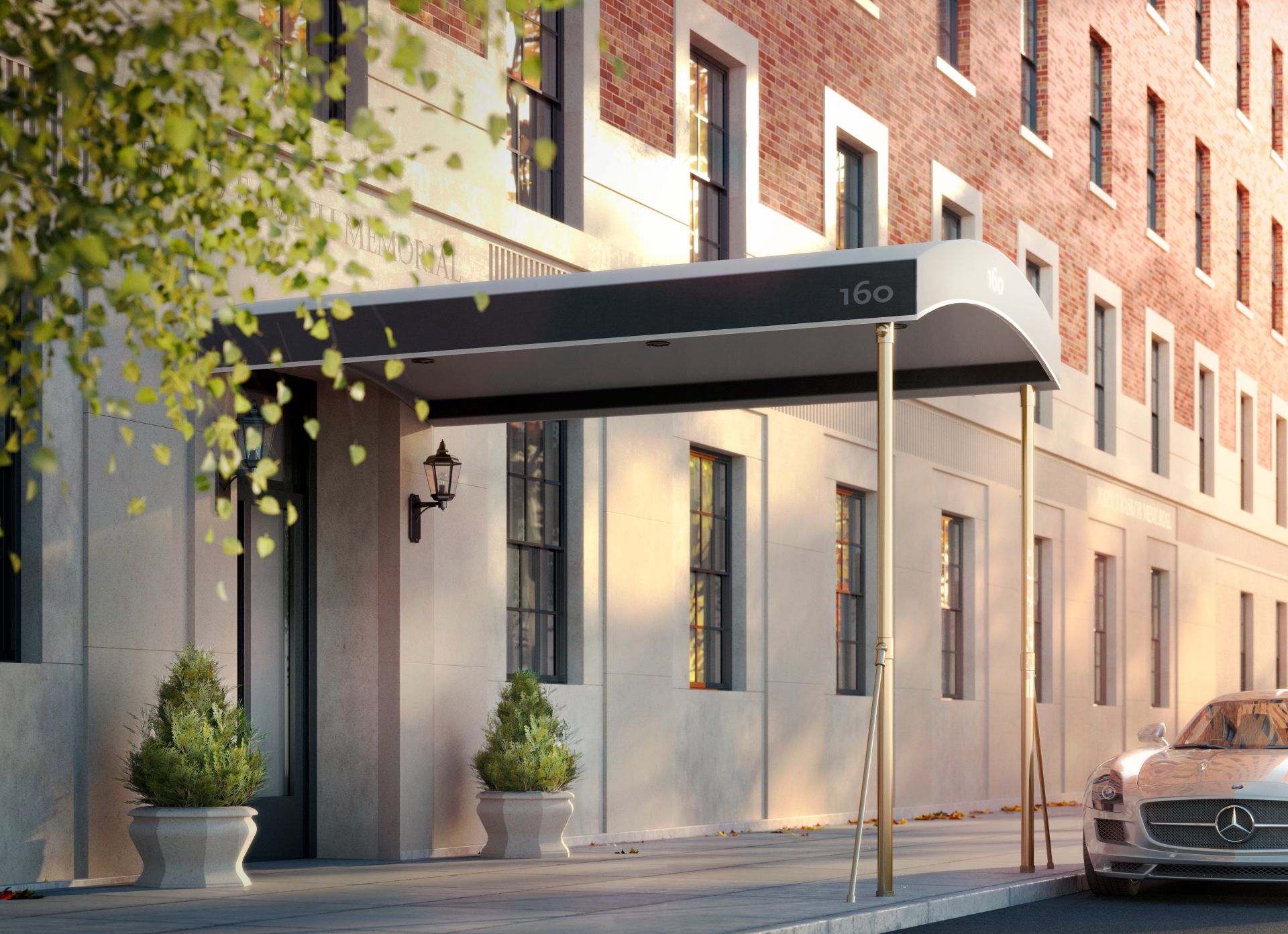 The final spot goes to this Greenwich Lane penthouse. It’s the first and only appearance of a sale below 14th Street on this list. The massive triplex was listed with Corcoran for $33 million, and 160 W 12 Phn LLC paid just a touch over, with $33.64 million. The four-bedroom, 4.5-bathroom penthouse spans three floors of 160 West 12th Street, and it has its own private elevator. Aside from the double height ceilings and three terraces throughout, the master suite takes up an entire floor, with a private terrace, wet bar, dressing room and marble bath. 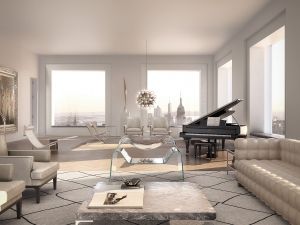 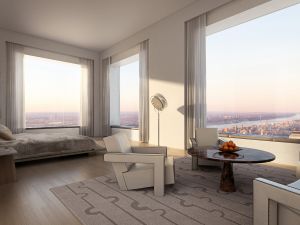 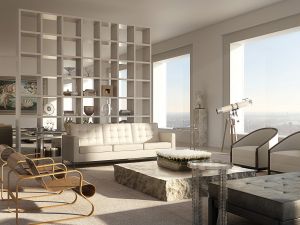 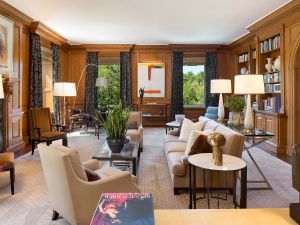 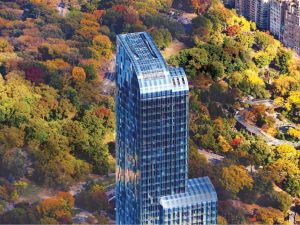 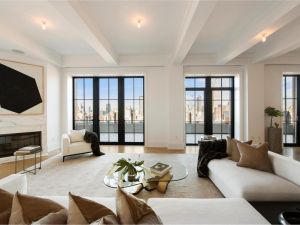 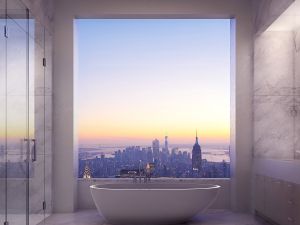 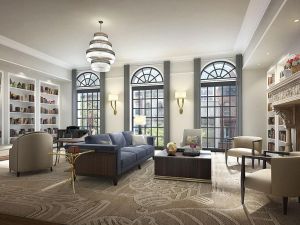 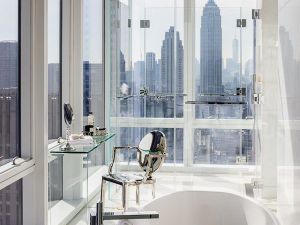 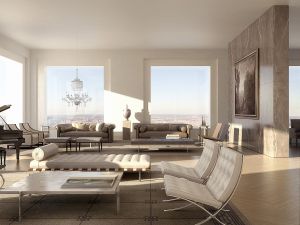 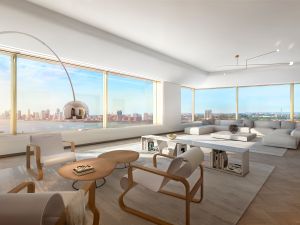 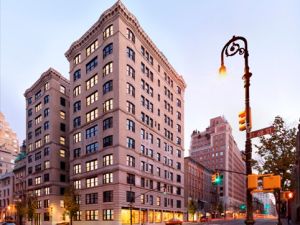 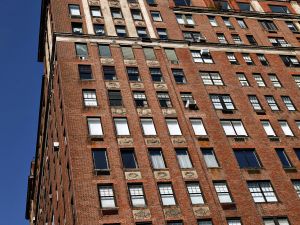 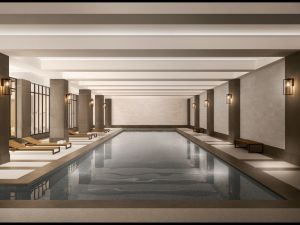 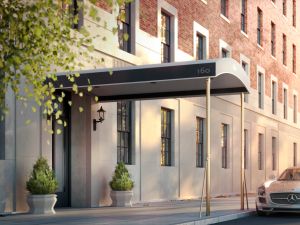 The most expensive sale of the year goes to the penthouse at Macklowe Properties and CIM Group’s 432 Park Avenue, also known as the tallest residential building in the world. In total, five of the top 15 deals of 2016 are in the skinny tower.

Perhaps the reign of One57 is over—the condo took home the top sales in both 2014 and 2015 but appears only once in the top 30 this year, though it did manage to make a last-minute appearance on this list.

“The big deals [this year] did very well because they were special, and in a great location and had beautiful finishes,” said Douglas Elliman broker Lauren Muss. “Things that are one of a kind opportunities do very well,” she said, “like at the Baccarat, where you have all the services, the pools, the La Mer spa.”

In addition, “a turnkey property is a big thing right now,” Muss told the Observer. “People want to be able to walk in, move in, and then decorate later.”

If anyone was expecting a co-op comeback of sorts, it doesn’t seem to be happening anytime soon—only two co-ops made it into the top 15 this year.

While a number of properties suffered major price cuts, they still sold for big numbers, as seen in the list this year. “There’s a lot of aspirational pricing,” Muss acknowledged, “but people are entitled to that!”

“I think the market has been positive,” Muss continued. “We’ve seen an uptick, and there are a lot of big deals happening—people are comfortable again,” she said optimistically.

On that note, click through the slideshow above for the top 15 deals of 2016, as compiled by appraiser Miller Samuel.