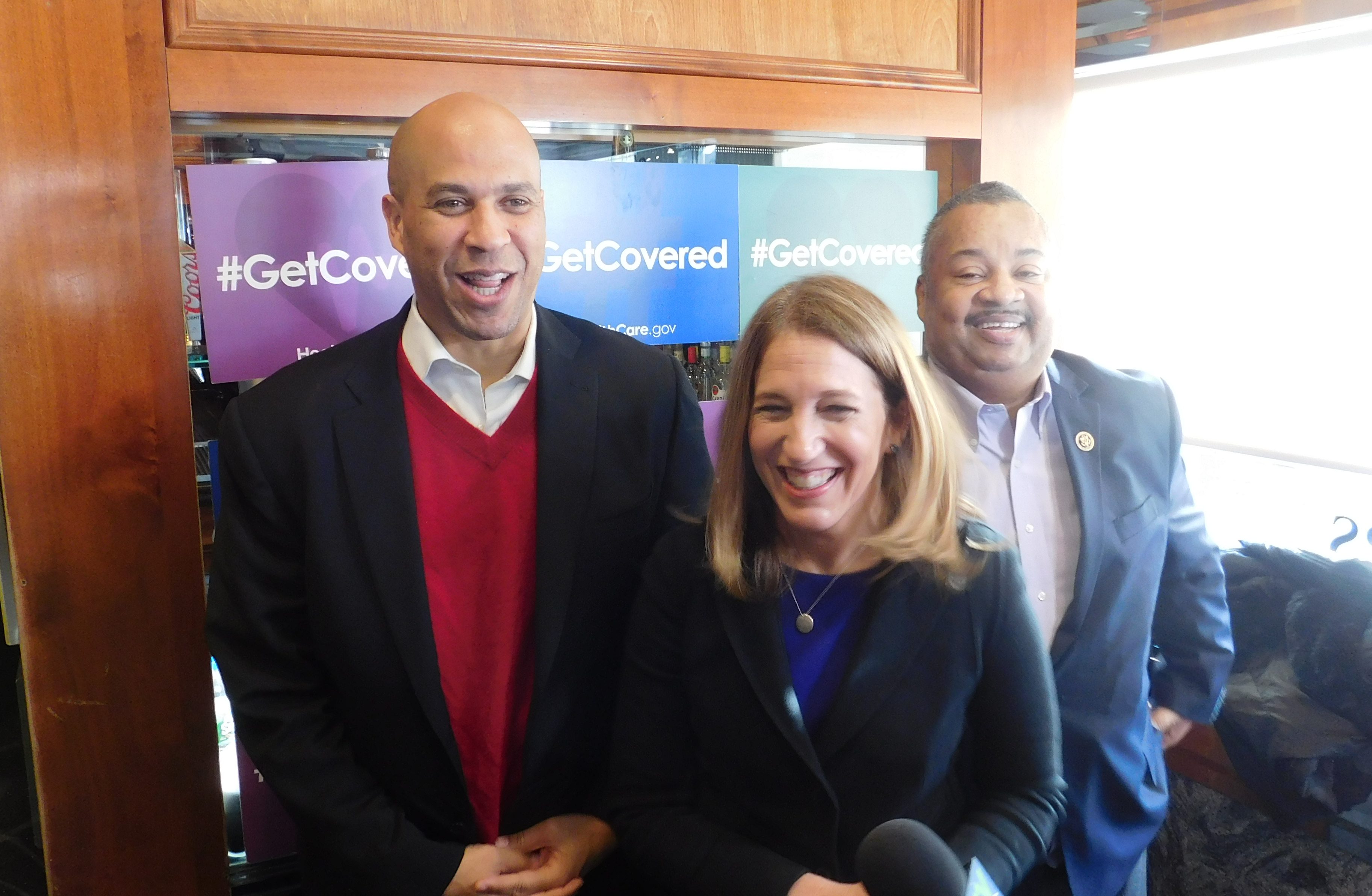 Booker, Burwell and Payne at the Tops Diner in East Newark. Alyana Alfaro for Observer

EAST NEWARK, N.J. – Though President-Elect Donald Trump has vowed to repeal the Affordable Care Act—popularly known as Obamacare—during his first 100 days in office, New Jersey’s Democratic elected officials say they will not back down following Trump’s January 2017 inauguration. On Wednesday, New Jersey State Senator Cory Booker and Congressman Donald Payne welcomed U.S. Department of Health and Human Services Secretary Sylvia M. Burwell at an event aimed at raising awareness for the December 15 deadline to enroll in the ACA for 2017.

According to Booker, the next session of congress will face significant tension due to Republicans who are opposed to the ACA and Democrats in favor of keeping it in place. Booker said he will fight to keep anyone from losing coverage and to keep the country from backsliding in terms of the number of people who are uninsured.

“This is what the fight in the next congress is going to be about. I want folks to know that I am going to fight to defend the reality we have right now where we have resident after resident of New Jersey benefiting from the Affordable Care Act,” Booker said.

Booker said that while he is willing to work with Republicans on an alternative to Obamacare, he has yet to see a viable option coming from the other side of aisle.

“I am open to it but I have heard nothing from them. All I hear right now is this race, literally, in the first days of congress to repeal the Affordable Care Act and cause panic and concern and worry to a lot of Americans who are benefiting from it,” Booker said. “This is not a responsible approach by Republicans saying ‘These are our ideas, this is our plan.’ In fact, now, what I am hearing is they just want to repeal things and then kick the can down the road one, two, three years. That is not responsible government.”

According to the senator, a repeal of Obamacare would strip away insurance for those on their parents plans up to age 26, allow coverage to be denied on the basis of preexisting conditions and cause a spike in bankruptcy stemming from inability to pay for unexpected health costs.

The New Jersey senator’s name is being floated as a potential presidential candidate for 2020. His decision to push the ACA comes at a critical time of transition when Democrats look to the future.

According to Burwell, getting Americans enrolled in Obamacare is critical with the deadline approaching and new leadership on the horizon. She said it is unlikely that those who enter into plans for 2017 will lose coverage at any point during the year.

“In terms of this year and folks signing up, every indication is that you will have that health insurance for the year. We want to get those people insured and covered,” she said.

Burwell’s visit to Newark was part of a two-day tour aimed at raising awareness of the December 15 deadline to enroll for coverage. 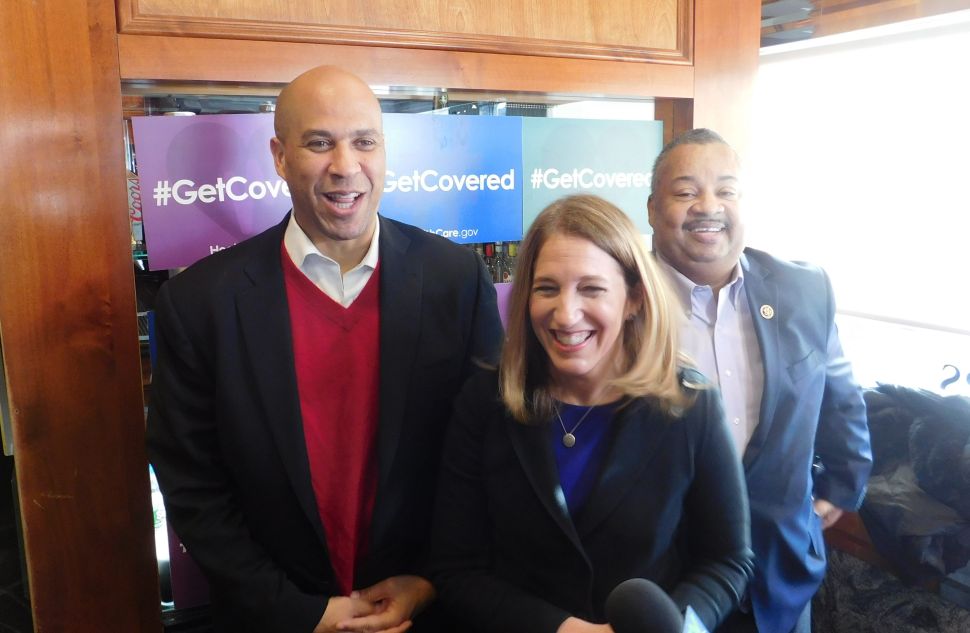