In the wake of the discovery of a three-year-old Brooklyn boy with a cracked skull earlier this week and the death of a six-year-old Zymere Perkins a little more than two months ago, Brooklyn Borough President Eric Adams unrolled a new multilingual outreach campaign to educate people on the signs of child abuse—arguing it is every citizen’s responsibility to identify and intervene in such cases, not just the Administration for Children’s Services.

As Jaden Jordan lies on life support after an alleged attack by his mother’s boyfriend, Adams said  there was “no greater partner in pursuing, investigating and bringing to justice” than ACS—despite recent heavy criticism by Public Advocate Letitia James of ACS Commissioner Gladys Carrion’s performance. Still, he asserted the public must help the city in its mission to protect its most defenseless citizens.

“We all got involved in this, and when we permit ourselves to be detached from that responsibility and merely pick up the plate and paper and say, ‘Oh what a shame, that agency didn’t do enough,'” Adams said. “‘Police didn’t respond fast enough. The hospital didn’t do their job quick enough. The investigator didn’t do what they were supposed to do. No—what did we do? When a child dies, we fail. We are all in this together.”

Adams and Ama Dwimoh, founder and former chief of the Crimes Against Children Bureau in the Kings County District Attorney’s Office, launched Operation C.A.R.E.—Child Abuse Response and Engagement. The campaign, they said, seeks to help people identify signs of child abuse and neglect in their communities.

He noted that as a former police officer, there were “no cases more horrific” than responding to a child who may have been a victim of a crime.

“Saving our children is an occupation that everyone must involved in and nothing could be more basic to the function of our society than to ensure the safety of our children—in fact, without them, there is no future,” Adams said. “And we’ve heard a series of cases that have taken place through the last year and even longer and the goal is how do we continue to build that partnership?”

Adams rattled off a list of signs for which individuals should look out, including aggressive or extreme behavior, constant hunger, eating disorders, depression or listlessness, underperformance at school and in extracurrivular activities, fear of going home, sleep disturbances, unexplained absences, poor hygiene, inappropriate dress and poor peer relationships.

He called on Brooklynites to call 911 or the New York State Central Register’s public hotline and noted a phone number which mandated reporters should call. He also said his office can give Operation C.A.R.E. presentation, including civic organizations, houses of worship, schools and senior centers.

ACS said it received an anonymous report of a young girl in a cage at Jordan’s residence on November 26. But the caller reported an inaccurate address.

The agency has since begun “a highly active investigation.”

The Jordan tragedy follows Perkins’ death in September after ACS investigated five abuse allegations lodged against his mother. The agency has since put five child protective services staff on modified assignment and four others were suspended without pay for 30 days and demoted.

ACS reported that between July and September, there were 10,056 total reports to the New York State Central Register of suspected child abuse and/or neglect citywide—3,042 of which were from Brooklyn, coming out to 30 percent of the total. And at least one-third of the reports had one prior report connected to them.

James and Comptroller Scott Stringer both called on the agency to conduct a swift and transparent investigation into Jordan’s death. Mark Peters, the commissioner of the Department of Investigations, also said his agency had asked the state to grant him access to ACS records to conduct his own probe.

At a hearing on Halloween, Carrión cried as she testified before the City Council on child abuse cases, calling Perkins’ death “her responsibility.” The mayor said he would not ask Carrión to resign, dismissing James’ assertion that Carrión has done a poor job as ACS commissioner as “dead wrong.”

James shot back at the time, “What’s ‘dead wrong’ is dead children.” At the hearing, she said she was confused by the fact that ACS the agency only pursues reforms when a child dies, although Carrión promised to cooperate with her. 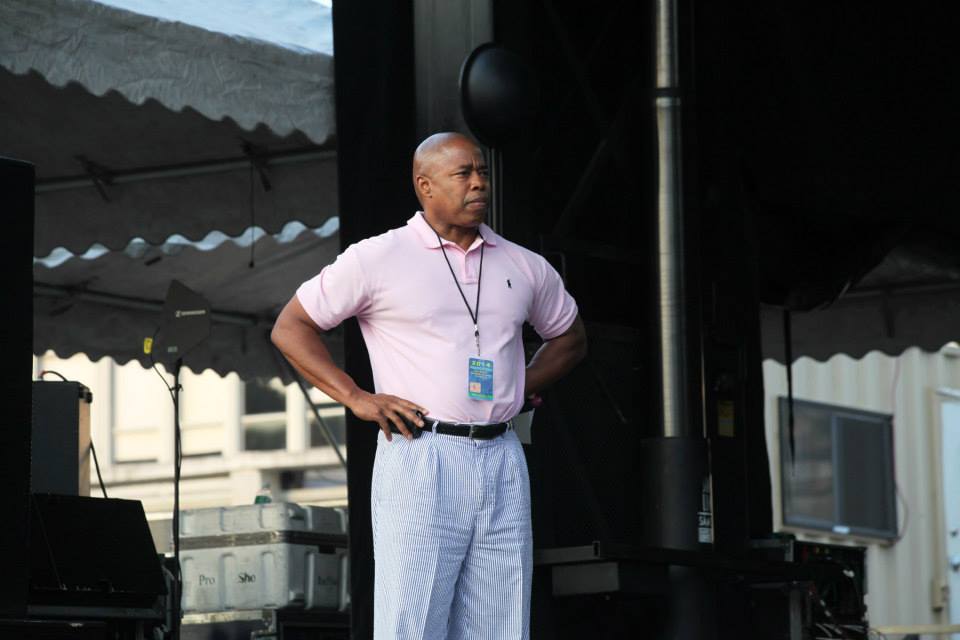