Ringing in the New Year in the middle of Times Square has become a regular thing for Carson Daly. Once again this year, he’ll be center stage as the master of ceremonies for NBC’s New Year’s Eve with Carson Daly.

From a stage at 45th and Broadway in New York City, Daly and his co-host, Mel B. will be introducing musical and comedy acts, including Jennifer Lopez, Alicia Keys, Pentatonix and Blake Shelton, as they all countdown the final minutes of 2016.

Daly, who also helms NBC’s The Voice, has been hosting this New Year’s Eve celebration for the past 14 years and insists, “If it was something that I wasn’t into, I wouldn’t even do it anymore.”

The goal of the broadcast, Daly says, is, “trying to deliver the live experience of Times Square to people at home and put it in their living room. I do my best to encapsulate the excitement of the night and describe what I’m seeing to people who [can’t] be there.”

Executive producer John Irwin, President of Irwin Entertainment, says that the planning for the one night special begins in September. “Booking the music is probably the hardest part of the process, although it’s gotten easier just because the show has sort of become more of a standard. Then we try to figure out a good mix of comedy to work into there.”

Irwin says that it’s a rush producing the live broadcast, that there’s always the element of the unexpected that has to be, well, expected, “Sometimes that spontaneous moment ends up being better than anything you could have planned for.”

Daly agrees and points out that live shows are all he’s ever done. “I’m a live guy and I love it. Anything non-live I find very tedious. Some of the stuff that we do on The Voice is non-live and it just takes forever to do.”

Thinking back on a memorable New Year’s Eve broadcast, Daly points to 1999 when he was working with MTV. “Y2K was probably the most memorable because as you recall, we all thought the world was just going to stop, and banks were just going to shut down, and lights were going to go off. Like there was going to be some sort of global blackout at midnight. People really bought into that. That was sort of a weird one.”

Hosting the celebration in New York where his wife and three kids reside is a plus for Daly. “I think sharing that moment with them, that’s become my new favorite thing. It’s become a Daly family tradition.”

But, this may also be the reason that Daly sees his tenure in this job coming to an end. “In fact I didn’t even think I’d been hosting this show much longer. I mean I need another job like I need a hole in my head.” Then he switches gears and adds, “But it’s become a tradition and it’s something that I really enjoy doing and it’s important to my family.”

Along this same line, Daly admits that one of his resolution for 2017 is an attempt to cut down on his travel schedule. “My resolution is to try and get the live shows for The Voice [to move from Los Angeles to] New York.”

Offering his thoughts about why people really like to celebrate on New Year’s Eve, Daly says, “It’s the dawn of a new year, and I feel like we’re all in that same place where you get fatigued at the end of the year, especially this year with the political cycle being what it was. So you get a night where you can almost feel the world just sort of exhaling.”

He demonstrates a bit as he takes a breath, and adds, “Our country is divided and we’ve been through a lot this year but yet here we all are together, and the ball goes down and [everyone counts] backwards and when one comes it’s 2017 and we’re all crossing the finish line together.” 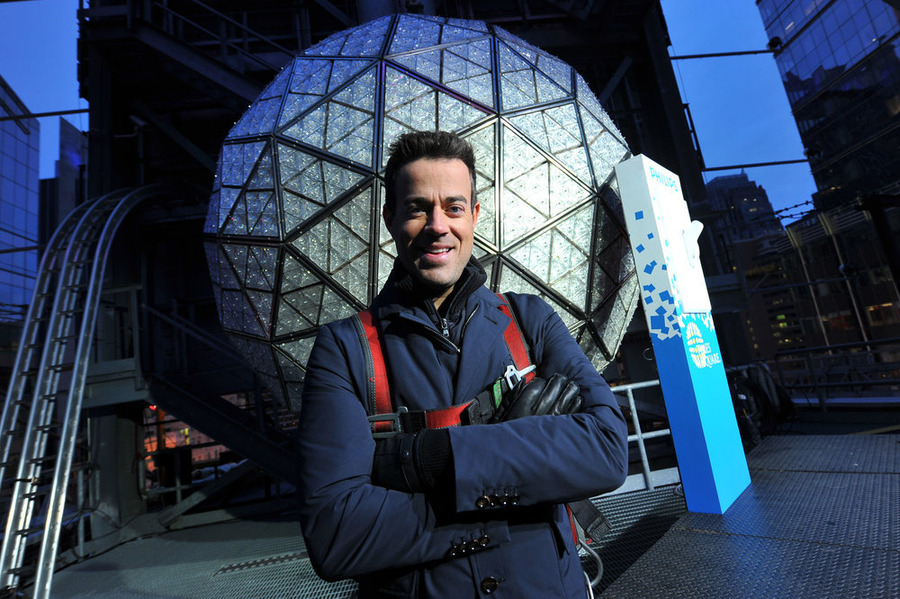