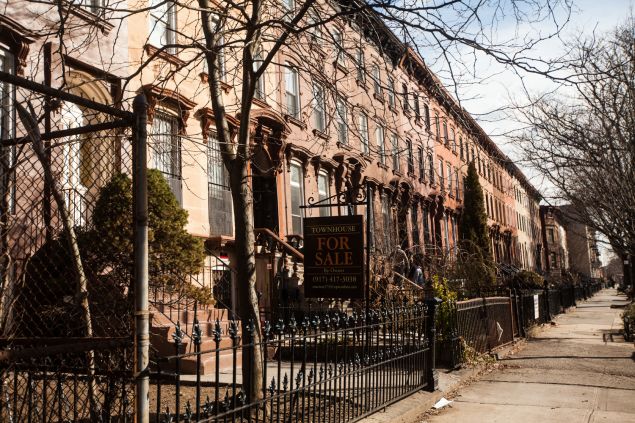 Vittorio Faricelli’s grandparents came to Brooklyn from Italy over 45 years ago, arriving on a boat named, improbably enough, The Michelangelo.

They settled in Williamsburg near the Graham Avenue L stop where they bought a two-family townhouse for around $8,000. And then, well, if you’ve been at all paying attention to New York real estate over the last two decades, you probably know where the story goes from here.

“Then, slowly, starting around 15 years ago, they started to get offers,” said Faricelli, an agent with Citi Habitats. “People started to come by and knock on the door and say, ‘Hey, would you like to sell your property?’ ”

They didn’t sell, though, and with every year, the offers rose higher and higher. “Every year, several times a year, people would knock on their door asking to buy the property,” Faricelli said. “It got to the point where a lot of my other family members, friends, a lot of the neighbors that we knew were cashing out.” Prices at that point were around the million-dollar mark.

Still, Faricelli’s grandparents didn’t sell. “I guess the timing just wasn’t right for them,” he said. “This was a house that was very sentimental to my family and to my grandparents. This was the house where my grandmother and grandfather would make homemade wine in the backyard, where they would make their homemade tomato sauce for the season. Things that they had been doing for a lifetime. So it was a very sentimental thing to let go of.”

But you can’t live on sentiment alone (though you probably can keep going for a while on homemade tomato sauce), and finally around three years ago, they decided to put the property on the market. Faricelli handled the deal, selling the house for $1.5 million.

His grandparents moved to South Florida with the proceeds and are now, as Faricelli put it, “living large.”

New York lore is replete with tales of prescient and lucky buyers like Faricelli’s grandparents—people who, say, paid $30,000 for a Soho loft in the early 70s, or dropped $100,000 on a Greenpoint rowhouse in the mid-90s. And a number of the boomers and near-boomers who purchased decades ago are now cashing out their (then) unexpected windfalls, turning their properties from residences into retirement funds.

Kathryn Cumberlander purchased a one-bedroom at 90th Street and Third Avenue in 1988 for $140,000. Now living outside Charlotte, North Carolina, she recently put the unit on sale for $799,000.

“I was renting in the West Village, and I thought, eh, I make enough money, why don’t I just go ahead and buy something,” she recalled.

Her boss at the time alerted her to a newspaper classified (remember those? No? Oh, well…) offering insider buying rights to a rental building going co-op. “So I bought the insiders rights for $20,000 and then paid $120,000 for the [apartment],” Cumberlander said.

She lived in the apartment for two years then rented it out after she married and moved to Long Island. When her most recent tenant moved out, she asked her real estate agent, FirstService Realty’s Serjik Markarian, what he thought it would sell for.

“When he told me, I thought, you know what, maybe now is the time,” she said. “I was pleasantly surprised at the return on my investment.”

Cumberlander’s one regret? That she didn’t buy more. “Oh, my god, looking back on it, I probably should have bought the apartment next door. The building was still going coop after I bought, so I had the opportunity,” she said.

Amy Mooney, a wealth manager at Morgan Stanley, said that she doesn’t recommend her younger clients use “real estate as a retirement play.” But, she said, she does have a number of older clients who are “living off the proceeds from the sale of their home.”

It’s not just a city phenomenon, Mooney noted. In addition to people who’ve seen big returns from properties they purchased years ago in Lower Manhattan and on the Upper West Side, she has clients in places like Greenwich, Connecticut, who are similarly living off the sale of homes they bought 40 and 50 years ago.

Douglas Elliman’s Greg Todora and Justin Petraglia recently helped a couple unload the Bronxville house where they’d lived for the last 26 years. The clients moved to Arizona after closing the sale last year and, Todora said, “are literally probably playing golf as we speak.” Another recent client, an artist, moved to France after selling a one-bedroom she bought on West 110th Street in the 1980s.

“She always had in the back of her mind that this [apartment] was going to pretty much finance the twilight of her career,” he said. “And it worked for her. She made a killing selling it.”

Of course, if you want to sell but still stay in New York, you’ve got to find another place to live. And in that case, the same real estate boom that gave you your initial windfall can come back to bite you. Sure, you can get $2 million for your West Chelsea one-bedroom, but you’ll just have to pay it right back out again.

But here, too, the city’s extended housing boom has its benefits, as less expensive, outlying neighborhoods have become more retiree-friendly, said Kathleen Klech, an agent with real estate firm Mdrn.

“Generations before people sold and moved to Fort Lauderdale or Delray, or whatever, places where they could buy for significantly less,” she said. Now, “instead of going to other parts of the country, [some of] these people are staying in Manhattan.”

“Any neighborhood can work, but where we see the most value and what excites us the most is Uptown Manhattan,” he said. “We love Washington Heights. We love Hudson Heights. We love Inwood. They are these wonderful, quiet, beautiful neighborhoods and very good values. You have big pre-war apartments, beautiful buildings, a lot of light and views, and low prices with often very reasonable maintenance and common charges.”

Alternately, you could follow the example of one of Neuwirth’s clients and just move to a boat.

The man, who, lest his existence sound too much like a Jimmy Buffett song, also rents a one-bedroom in Gramercy, recently sold his West Village studio for more than $400,000, having bought it years ago for around $30,000.

Now he spends much of his time tooling about the East River, Neuwirth said. “I call him The Captain.

“He had [the West Village apartment] for a long time,” he said. “That’s really the way you’re supposed to do real estate. You start to find out after [owning a property] for five or 10 year how well you could actually do.”

That said, buyers expecting the aforementioned run-up in real estate prices to repeat itself should probably lower their expectations a bit.

“You’re not getting an apartment in Soho for 30 grand like back in the day,” Todora said. And, generally speaking, buyers seem to recognize this, he noted. “They understand that the [potential] profit isn’t as large as it was. They’re more realistic in their thinking.”

One other note: If indeed you are sitting on big real estate gains, you might consider cashing out while you can still use the money. Corcoran broker Lauren Bennett rents in Long Island City’s City Lights building where, she said, early buyers have seen a dramatic rise in prices.

“The first studio there I ever sold, [the client] bought it for $10,000, and it went for for $365,000. Earlier this year, I sold a one-bedroom with a small outdoor space for more than $700,000 that the owner originally bought for $15,000,” Bennett said. “Everyone who bought originally has seen really impressive gains.”

Not everyone has gotten to enjoy them, though. Four of her recent deals in the building were estate sales. 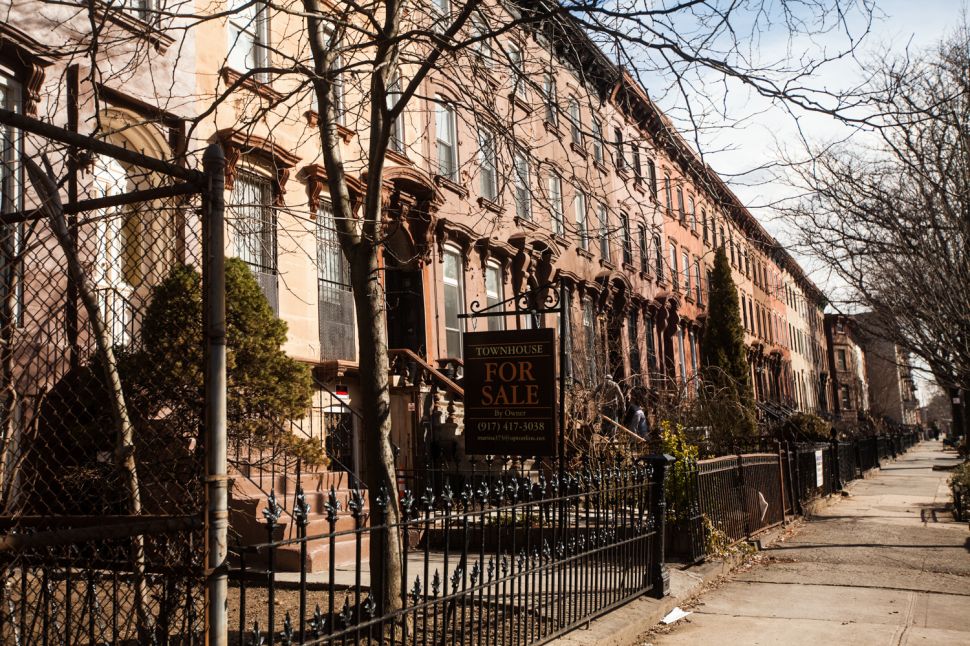