Head’s up guys, this is just a quick service announcement: as you’re looking for stuff to binge this holiday season, check out Dead Set on Netflix. From Charlie Brooker before he created Black Mirror, it’s a social satire/zombie horror show about what happens when the cast and crew of Big Brother get trapped on set, while outside the brainless hordes threaten to bump their ratings eat them, probably?

I’m not claiming to be an expert on this show, which not only came out in 2008 but has already been available to stream since September in the states. I only discovered it by accident, during one of super deep dives into Netflix’s recommendations (currently: “Seek professional help” and “Xanax?”), where I recognized the title from last month’s New Yorker profile of Brooker:

In 2010, Brooker and Jones took the premise, along with several other story lines, to Shane Allen, then the head of comedy at Channel 4, and proposed a new series. Allen had commissioned “Dead Set” (2008), Brooker’s first foray into television drama, in which the inhabitants of the “Big Brother” house are the last to learn of a zombie apocalypse ravaging the outside world. (The master joke is that nobody is alive to watch.) The five-part series enjoyed critical and commercial success, but Allen was dubious about “Black Mirror,” and especially about “The National Anthem.”

But having watched the pilot last night, I’m pretty sure it’s going to be my new favorite panic attack for awhile. So, Brits and Anglophiles, this might be old news for you, but for everyone else? Let’s stay in our respective homes by ourselves this holiday season and get ready to be terrified. 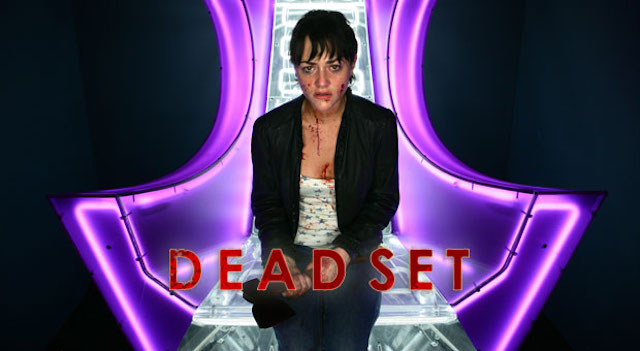