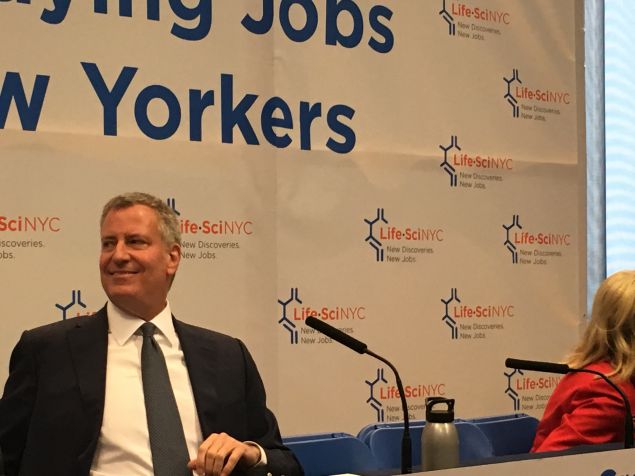 A day after Administration for Children’s Services Commissioner Gladys Carrión announced her resignation following the deaths of two young boys who endured child abuse, Mayor Bill de Blasio informed reporters he would appoint an independent monitor to investigate the agency and its failings—despite initially opposing Public Advocate Letitia James’ calls to appoint one.

Yesterday, Carrión sent a letter to de Blasio—whom the mayor appointed to serve in the position in 2013—stating, that after 40 years of working on behalf of children and families, she would retire because it is “best for my well-being.” The missive came nine days after the death of three-year-old Jaden Jordan and three months after the killing of six-year-old Zymere Perkins, both cases in which ACS received warning about dangerous domestic situations but failed to intervene and save the child’s life.

The mayor said that during the transition period, the city will name name an independent monitor for ACS and cooperate with the state Office of Children and Families to implement it.

“The transition period offers us an opportunity to look and see if there are other areas we need to improve upon,” de Blasio told reporters at an unrelated press conference today where he unveiled a new, $500 million life sciences initiative. “We wanna look under every stone. So we think that that would be a helpful addition to all we’re doing that and again, we’ll work with the state to determine how to do that best.”

He asserted that the city has a “good and strong” working relationship with OCFS—an arm of Gov. Andrew Cuomo’s administration—and that they will choose someone who they think is “independent and exceptional” and has the background that would “bring a good set of eyes to the situation.”

But he stressed that the purpose of the monitor is to address broader issues within the agency and not the specific tragedies that wracked Carrión’s tenure—an investigation into what will make the agency stronger “given the many, many challenges it faces.”

“I wanna emphasize whenever you put in a monitor, it is to work on structural issues, not individual investigations,” de Blasio continued. “I wanna caution—and I understand why you guys [reporters] think from, you know, news moment to news moment—we have to think systemically.”

In a memorandum of law filed July 22, 2015 by Zachary Carter, the city’s corporation counsel, in opposition to a lawsuit James filed against ACS and OCFS in July 2015, the city expressed opposition to the idea of an independent monitor, arguing that it would be unnecessary given the work that OCFS already undertakes.

In response to a question from a reporter about how the independent monitor the administration will appoint is different from the foster care monitor James proposed and to which the administration objected, the mayor said that the city has a “transitional moment” and that they can make it work by continuing its reforms “but still doing our work.”

“You know, that’s always the question with any kind of monitoring situation,” de Blasio said. “Will it help you get better at the work or will it hinder important work, important reforms? We think we can strike the balance. We’ll name someone and again we will certainly be closely communicating with the state at the same time.”

James said that she would work with the administration to implement reform but also take them on when “they are not doing enough to protect our children,” expressing satisfaction that the mayor is on board with the independent monitor proposal now.

“The idea for an independent monitor to oversee ACS was right when we first proposed it years ago,” she said in an emailed statement. “It was right despite the Administration fighting against it, and it is right now that the Mayor finally agrees. I only wish it hadn’t taken litigation and crises involving more dead children to bring about this type of meaningful reform.”

A spokeswoman for James said that the lawsuit was for foster care but that most foster care children previously had child preventative services cases and often move back and forth between preventative and foster care—a monitor would oversee work in both divisions, she said. She added that much of the work is done by the same providers.

The mayor, ACS and Carrión have all stressed the accomplishments under Carrión’s tenure, noting that the mayor has invested more than $110 million in ACS, funding they claim allowed the agency to pursue numerous reforms. Since 2014, ACS has created more than 630 new positions, established a wide array of prevention services reaching more than 21,000 families in 2015 and started the ACS Workforce Institute and Fostering College Success in partnership with CUNY, according to Carrión.

Through the federal Title Iv(e)Waiver, the agency also reduced case planner caseloads, executed a trauma assessment of all children in foster care and introduced evidence-based interventions to bolster parenting skills and deal with mental health needs.

As part of First Lady Chirlane McCray’s ThriveNYC mental health initiative, ACS started Trauma Smart to educate teachers and parents on how to support children who have endured traumatic experiences.

When a reporter asked de Blasio today about the departures of commissioners who dealt with issues the mayor said were among his top priorities—Carrión, Deputy Mayor for Health and Human Services Lilliam Barrios-Paoli and Department of Homeless Services Commissioner Gilbert Taylor—he insisted that each of the departures had different circumstances. He also added that turnover is not unusual for ACS.

In the wake of the Perkins tragedy, the mayor characterized Public Advocate Letitia James’ assertion that Carrión has done a poor job as ACS commissioner as “dead wrong”—prompting her to retort “what’s ‘dead wrong’ is dead children.” More than two months later—despite admitting the job took a toll on Carrion—he said he still disagrees with his James.

“Absolutely. Absolutely wrong, and with all due respect to the Public Advocate, I’ve spent a lot of time on these issues over the years,” de Blasio told the Observer. “Gladys Carrión has been part of the solution for a long, long time and that should be respected. But I also think again, the work is grueling, it does take a toll.”

This story has been updated to clarify that the independent monitor proposed by Public Advocate Letitia James was specifically for foster care. 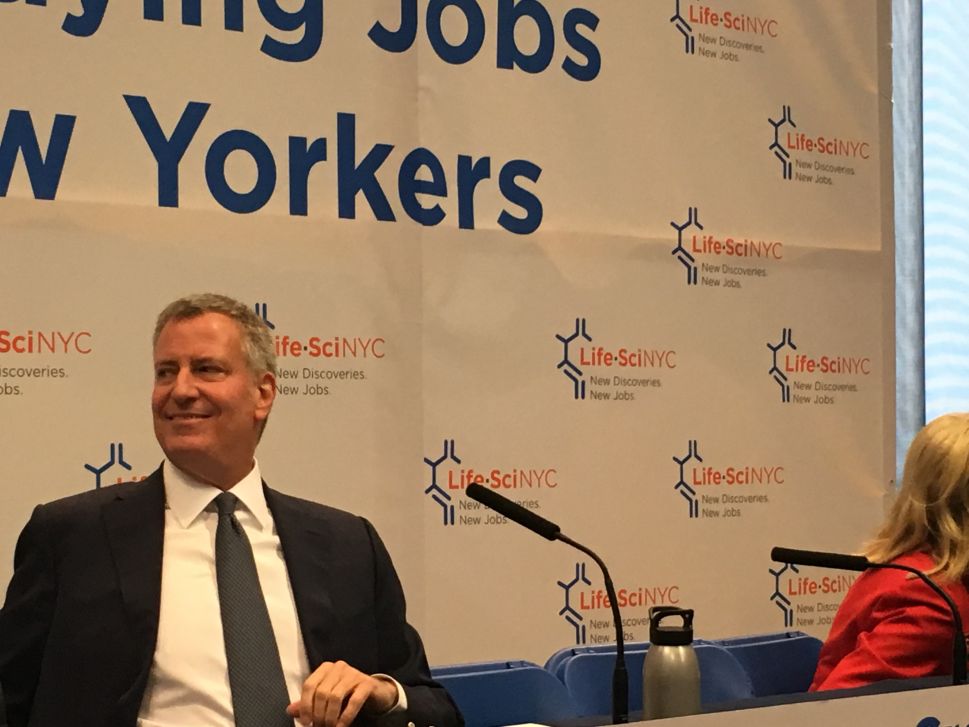