It’s time for the FBI to conduct a detailed investigation into the violence and political thuggery that continue to mar the presidential election’s aftermath. A thorough probe of the protests—to include possible ties to organizations demanding vote recounts—will give the Bureau’s integrity-challenged director, James Comey, a chance to sandblast his sullied badge.

Director Comey must also include “elector intimidation” on his post-election investigation list. Reports that members of the Electoral College are being harassed and threatened by angry, vicious (and likely Democratic Party) malcontents require Comey’s quick and systematic attention.

Michael Banerian, one of Michigan’s 16 electors, told CNN: “Obviously, this election cycle was pretty divisive. Unfortunately it’s bled over into the weeks following the election and I have been inundated with death threats, death wishes, generally angry messages trying to get me to change my vote to Hillary Clinton or another person, and unfortunately, it’s gotten a little out of control.”

A little out of control? What an understatement. Let me put it to  you straight and personal, Jim. Identifying electors and then attempting to intimidate them into switching their votes is an ipso facto effort to overturn a national election.  Which leads to a question a competent FBI Director would already have his agents asking: Is this elector threat scheme a coordinated operation?

Why, electors live in different states. A mind with a talent for the obvious would see a federal interest. Federal as in Federal Bureau of Investigation. That’s the outfit you head, Mr. Comey—at least until the Obama Administration expires.

Which takes us back to the violent protests and political thuggery. Let me introduce you to two vicious Democratic Party operatives FBI agents should have quizzed and collared two months ago: Robert Creamer and The Hideous Scott Foval. These two creeps starred in Project Veritas’ video investigation of violent incitement during the political campaign.

Note this column called Creamer a political terrorist. The charge is legitimate. “Bottles and baseball bats are not Al Qaeda’s high explosives—but they incite fear and when they crack heads they cause casualties. People bleed. Street thuggery as an arm of politics is violent, criminalized politics on an ugly downward slope to much worse, the worse including lynchings and pogroms. If you don’t think street thuggery is terror then consider Kristalnacht.”

No, it’s not Kristalnacht in America, but since the election Americans have seen a lot of broken glass, witnessed beatings and suffered hours-long traffic and business disruptions within their cities. The hard left’s violent reaction to Donald Trump’s election is vile and dangerous. Peaceful protests? No, the demonstrators vandalize and destroy. They have two goals: intimidating people and sustaining the mainstream media lie that Donald Trump is dangerous.

Red Guards of Austin (Texas) didn’t get a lot of national news attention, in part because mainstream media outlets have coddled and excused the demonstrators the same way they coddle and excuse violence by Black Lives Matter. Did an FBI Texas office pass you a report on the Communist street action in Austin, Director Comey?

We have Creamer and Hideous Foval bragging about successfully organizing and coordinating violence against Trump supporters during the election. There are reports of ads soliciting professional protestors and paying them to participate in these demonstrations.

Is there a basis for these allegations?

In Philadelphia the latest post-election street action was rather minor, but it involved two public employees who made the mistake of committing their crime on video. Duncan Lloyd, one of the men involved in the anti-Trump vandalism is apparently a registered Democrat.

“The video, captured on security cameras, shows a man in a blazer, identified as Lloyd, holding a glass of wine and taking photos as a second man spray paints “F*** Trump” on a store wall.”

That would be easy for the FBI to confirm. Why note his party affiliation? Well, the vandalism was anti-Republican and Robert Creamer is a Democratic Party activist who promoted vandalism and violent incitement. Was the Philly vandalism just a one-off by a pair of angry, drunk  local government apparatchiks? Or do one or both of these violent fools have a connection to Creamer’s Americans United For Change?

In one of the Project Veritas videos, members of Creamer’s organization crowed about how they’d help tilt elections for over five decades—by hauling in fake voters, creating fake voters and resurrecting dead voters. The fake voters are voting for Democrats, of course.

Here’s another name: George Soros. Sure, there are a lot of fringe theories out there about Soros. But Soros has a record for funding leftist political action. Project Veritas found protestors who claimed they were paid to participate in demonstrations. Similar claims that protestors are paid have appeared in scattered reports. Are they all fake news, Jim? Street thuggery isn’t protected by the First Amendment.

Pennsylvania’s deadline for a recount was November 21.

Her argument for recount in Michigan is specious.

Yet she has set lefty hearts a-flutter with her demands, and the fluttering bleeding hearts have opened their pocket books.

Leave Stein to the Federal Election Commission and the subject of satire. Her recount shtick’s legal. Still, she’s running an extravagant fundraising event that disrupts the country for her personal and political glorification.

One further question for you, Mr. Comey. Recall your sham investigation of Hillary’s criminal mishandling of classified information. Have you read the report that General David Petraeus, should he be named Secretary of State, will have to report to his probation officer that he is handling classified info?

A serious law enforcement officer would understand why the SecState would be saddled with this requirement. Grossly negligent mishandling of classified information is a serious crime that can damage U.S. national security.

You should’ve locked her up in July, Jimmy. 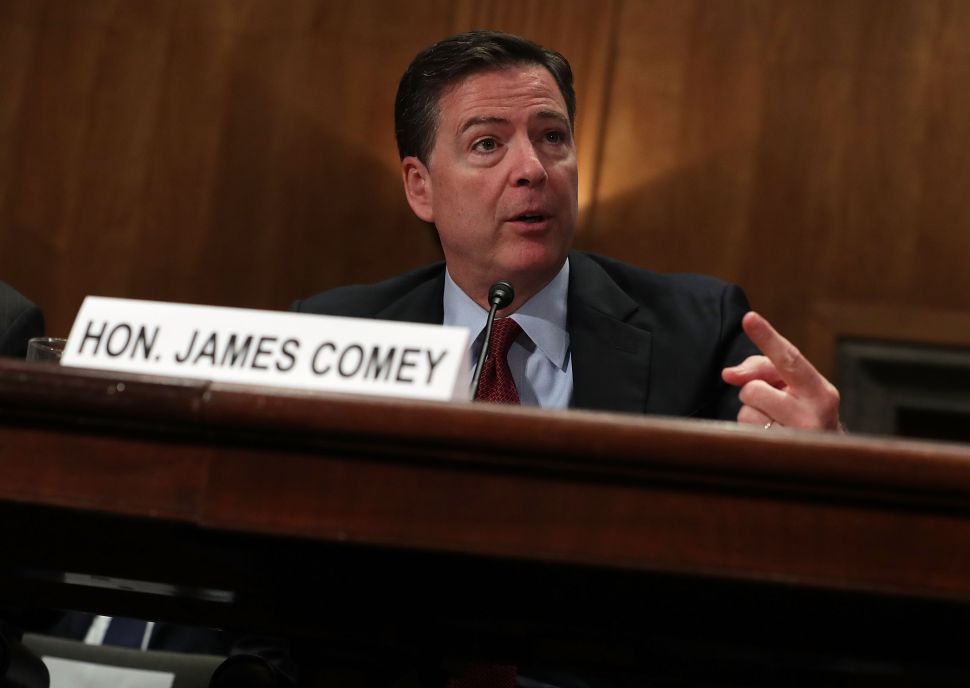