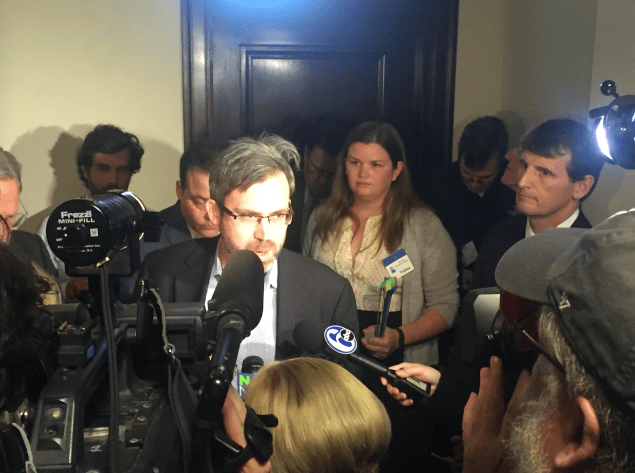 TRENTON — As lawmakers consider a bill offering New Jersey governor Chris Christie permission to proceed with a book deal, critics of the deal between Christie and state Democrats to increase individual districts’ budgets in exchange painted a dire picture from a tiny alcove in the State House. Two bills to carry out the agreement are going to votes in the State Senate and Assembly today.

That go-ahead to write the book and reap the profits is tied to a another bill that would hand over local papers’ obligation to print legal notices to individual townships’ websites instead. The change would save the state roughly $8 million a year, about one dollar per resident. But it would also doom cash-strapped local and weekly papers that cover the minutiae of municipal politics.

Representatives from labor, environmental, progressive advocacy and journalistic watchdog groups spoke out against the deal Monday from a cramped room in the state house annex after a room request directed to the Assembly Majority Office on Friday went unacknowledged.

Nicholas Platt, the Republican mayor of wealthy Harding Township, also spoke out against the bills, saying that it is unclear what the cost would be towns like his own if they start running the ads themselves.

“This is a bill that we did not ask for,” Platt said. “We rely on our local press to cover our planning boards, our township committee meetings. And we also have some residents who are not on the internet. If we had wanted this kind of help we would have reached out and asked our legislators for it. This came as a shock to us.”

Ann Vardeman, program director of New Jersey Citizen Action, said she was surprised by the Democrats’ cooperation with the governor given their strong majorities in both houses. Senate President Steve Sweeney has said he will support the book deal bill.

“It’s easy to see why Chris Christie would want to enrich himself by loosening ethics rules to allow him to profit from a book deal. It’s even easy to see why he’d want revenge on the media that has reported on his various scandals like Briddgegate,” she said. “The mystery is why on earth Democratic leadership would be going along with this.”

“We represent people who know what it’s like to go well over a decade without a raise,” she added of the accompanying increases to legislative budgets.

Similar bills have been rejected by other state legislatures, most recently in Wisconsin. Jeff Tittel of the N.J. Sierra Club said he believes New Jersey should do the same, calling the disappearance of legal notices a threat to the democratic process.

“We see this as the public notice version of a voter ID law. But more importantly, if we drive out our newspapers, who’s going to be covering government to make sure that somebody’s at the planning board meeting, to make sure they’re not just changing the zoning and pushing through some development that will cause flooding or impact the environment?” 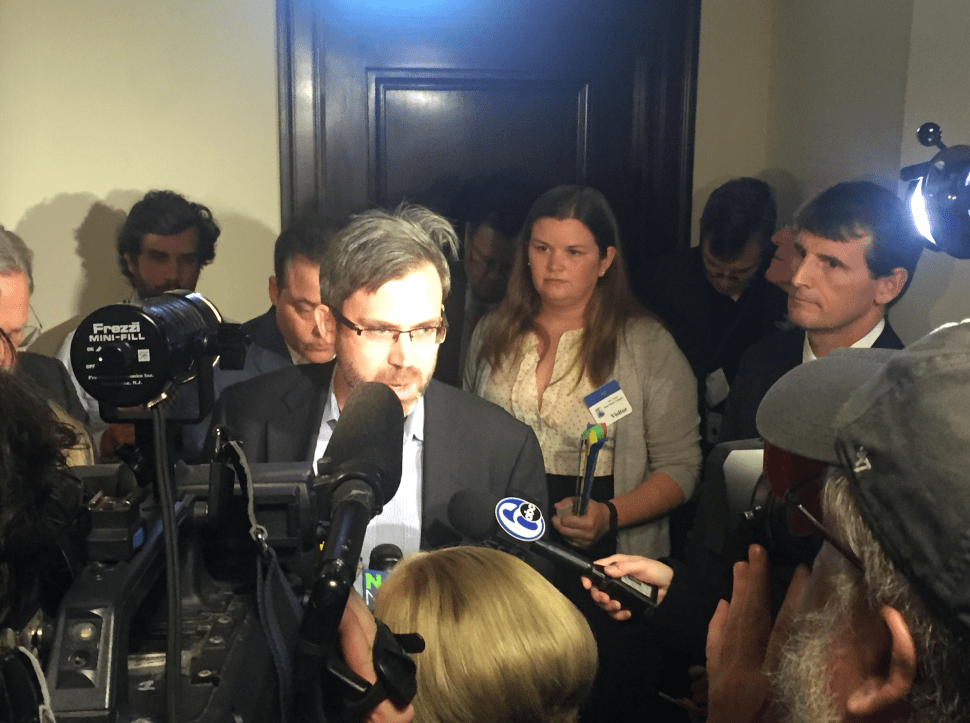