The Democratic Party has been rotting from within over the past eight years, but that didn’t stop Barack Obama from publicly stating he would have won in a race against Donald Trump.

“I am confident in this vision because I’m confident that if I had run again… I think I could’ve mobilized a majority of the American people to rally behind it,” Obama said in an interview with his former senior adviser, David Axelrod, on Monday’s “Axe Files” podcast. “I know that in conversations that I’ve had with people around the country, even some people who disagreed with me, they would say the vision, the direction that you point towards is the right one.”

This is a defense of the establishment that Obama has staunchly represented over his promises of “hope” and “change” during his presidency. Obama may have been able to hypothetically beat Trump if he ran for a third term, but he also had several opportunities to prevent someone like Trump from getting elected, and could have done much more to prevent the Democratic Party from losing elected offices across the country at every level of government. Indeed, Obama’s failed promises of hope and change, steeped in neo-liberalism, contributed to the rise of a Trump-like candidate.

Debbie Wasserman Schultz was an awful choice—Obama’s awful choice—to run the Democratic National Committee (DNC), and should have been replaced after disastrous 2014 midterm losses. But when she overtly rigged the Democratic primaries for Hillary Clinton, and rescinded Obama’s 2008 ban on donations from PACs and lobbyists, Obama did nothing. His solution for Wasserman Schultz was to make an unprecedented and undemocratic intervention in her 2016 Democratic primary re-election bid, endorsing and campaigning for her against a progressive alternative.

It was self-destructive for the Democratic Party to rally around a candidate who was facing an FBI investigation. The Obama administration covered up for Clinton, defending her while the investigation was ongoing. He took no action when his attorney general met in private on an airport tarmac with Bill Clinton and took no action when it was revealed that the assistant attorney general tipped off the Clinton campaign as to what the Department of Justice was doing in regards to the case. Obama knew about Clinton’s private email server—which he used a pseudonym to communicate on—despite telling the public otherwise.

Obama’s presidency contradicted his campaign promises in ways that can’t be blamed on Republican obstructionism.

Obama won a Nobel Peace Prize in 2009 for his rhetorical commitment to bringing peace to the Middle East, and for stopping the United States’ disastrous foreign policy record of interventionism. But during his administration, the United States bombed seven countries. (That’s three more than George W. Bush.) Obama exported record numbers of weapons to foreign countries like Saudi Arabia that used them to perpetuate war crimes in Yemen, and his administration created political vacuums in Libya, Iraq and Syria—where terrorist organizations like ISIS and Al-Qaeda thrive.

Obama failed to prosecute any big bankers after the 2008 economic recession, yet managed to prosecute double the number of whistleblowers under the Espionage Act than all previous administrations combined.

Sen. Bernie Sanders has called for major reforms to the Democratic Party since before the primaries began, but Obama has been one of the more prominent voices pushing back against this narrative, alleging that everything is fine. Unless prominent Democrats like Obama begin to acknowledge the need to fix what’s broken, as Sanders and many of his supporters have, the Democratic Party will continue its downward trajectory. 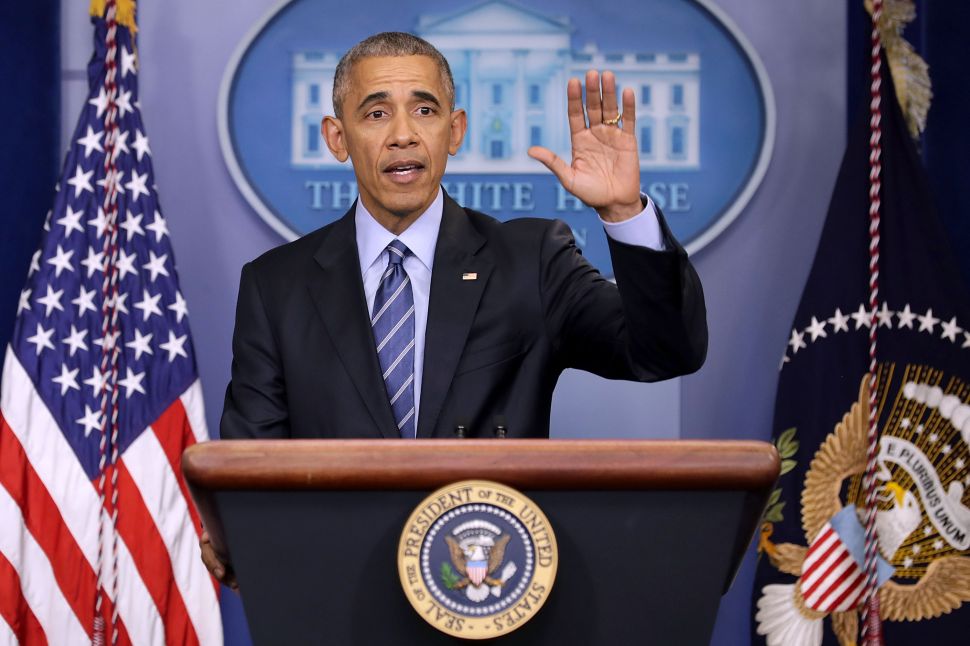