It might seem odd that I would direct a policy plea on climate change to the daughter of a president-elect. But these are not normal times: while you do not expect to hold a position in his administration, you are on his elite 16-person transition team, and you are one of your father’s most trusted advisers. And most intriguingly, rumor has it that as First Daughter you are considering making climate change your signature issue.

More to the point, your rumored embrace of climate change runs counter to the rantings of your father and almost his entire anti-science retinue. President-elect Trump has a Twitter-fueled reputation as a climate change denier, and has stacked his cabinet (or at least, the nominees) and transition team with a who’s who of climate action enemies. And while 193 countries, the global scientific community, the U.S. military, President Obama, 64 percent of Americans, and the Pope all acknowledge climate change as an existential threat, those people aren’t running the U.S. federal government for the next four (or eight) years. It’s the Republican Party, which has precious few advocates for climate action. We have General Michael “Why is Obama talking about climate change?” Flynn, our incoming national security adviser; we have Rep. Mike Pompeo, nominee for director of the CIA, who called the globally endorsed (and largely voluntary) Paris Agreement a “radical climate change deal.” Myron Ebell, who manages the transition at the Environmental Protection Agency, has made a career of “dispelling the myths of global warming.” AG nominee Senator Jeff Sessions has one of the most abysmal climate denier records of the U.S. Senate, and has said he is “offended by” climate science. And then there are the 182 Congressional Republicans in the outgoing Congress who deny climate change, and who retain control of both the Senate and House.

Start by pointing out to your father and directly to your many fans in red states the links between extreme weather and climate change.

That message should start at the top. While few expect President-elect Trump to micromanage policy, what he says on the subject can circumscribe the mischief on climate his appointees in the cabinet can get up to. He can also begin to win hearts and minds by speaking credibly to his voter base on climate change the way no liberal or scientist can.

It’s hard to fathom how your father would now retreat from his close embrace of fossil fuels; oil, gas, and coal all received endless encomiums on the campaign trail. But some of his more extreme pledged actions could have serious consequences not only for the climate, but for diplomatic relations with the many countries that care about it. Much as Obama has done, President Trump could take a laissez faire attitude towards most fossil fuel production while embracing some common-sense regulations that save the industry money, reduce waste, promote efficiency, and clean the air. Build the Keystone XL pipeline if you must, but don’t roll back renewable energy tax incentives, automobile fuel efficiency standards, mercury air pollution regulations, and energy efficiency programs—all of which can be argued create jobs and protect heartland voters. Point out that Iowa has nearly 100 wind production and installation companies, Texas is a global wind superpower, Arizona and California since 2014 have both opened the then-largest solar plants in the world, and there are now 200,000 solar industry jobs in the U.S. Talk up the fact that energy efficiency and solar installation jobs can’t be outsourced.

You can also start by pointing out to your father and directly to your many fans in red states the links between extreme weather and climate change. Extreme weather has affected almost every community in the country, from rising sea levels in Miami (affecting many Trump properties) and Norfolk to floods in east Texas to drought in the Great Plains and almost all of the American West. Every homeowner’s insurance premiums go up when climate-related disasters increase in frequency and fury.  Nearly every farm in Middle America faces threat from drought, pests, falling water tables, and soil erosion. Bring these issues directly to the people, and highlight what your father, the federal government, and business can do to address them.

You can bet that the billions of farmers around the world whose crops wither in droughts and whose rickety houses wash away in floods know full well the weather is changing for the worse. And because the poor suffer from climate the first and the most, and have the fewest resources to adapt, they’re exactly right that the world’s rich bear responsibility.

We could all have an academic discussion about this and respectfully disagree if not for the diplomatic and national security consequences of America spurning climate help for developing countries, which is exactly what your father plans to do, among proposals to eliminate all climate change programs.  A few billion dollars in public dollars for international climate programs—less than one-tenth of one percent of the annual federal budget—buys the U.S. an astonishing amount of global goodwill to support your father’s international agenda. Here is the negotiating space for your dad to make some of his beloved deals—don’t let him prematurely fritter it away. And certainly don’t let him try to tear up the Paris Agreement. At the recent climate conference in Morocco, an idea circulated to impose a carbon tax on exported American goods if it pulls out of Paris. Is this the environment in which your father wants to rebuild American industry and achieve international recognition?

On top of this, there is growing recognition in the U.S. military—including by Defense Secretary nominee General James Mattis, the lone climate realist on your father’s team—that climate change is a “threat multiplier” that contributes to civil wars, refugee flows, and other forms of human suffering and societal unraveling. The upshot is that the U.S. will have to get involved in these slow-motion global train wrecks sooner or later, and if we wait until later, the cost in blood and treasure will rise dramatically. Egypt’s Arab Spring began with bread riots; Syria’s civil war occurred after farmers whose crops failed in drought flooded into cities; Al Qaeda and Boko Haram have advanced in Yemen and the African Sahel, respectively, as drought and desertification have intensified. As the trailer for the documentary “Age of Consequences” about the U.S. military’s perspective on climate risks puts it, “You can pay now, or you can pay later.”

We know your father listens to you, and to other people he trusts. We also know he has a keen sense of what people want and how to make them sense he cares about them. Climate change is a great tool for him to achieve some easy wins, from the local to the global. Even if he’s not ready to become a walking advertisement for climate action, he can refrain from damaging actions that undermine his personal credibility and negotiating space, and that of America as a whole. Keep in mind that if his cabinet and the Republican Congress make good on their plans to dismantle all of Obama’s sensible climate policies, no amount of pretty rhetoric will undo the damage in the eyes of the world. But if he surprises people and you help him become an unexpected climate champion, not just the liberals, but the global community, and the planet you leave to your children, will be very grateful. 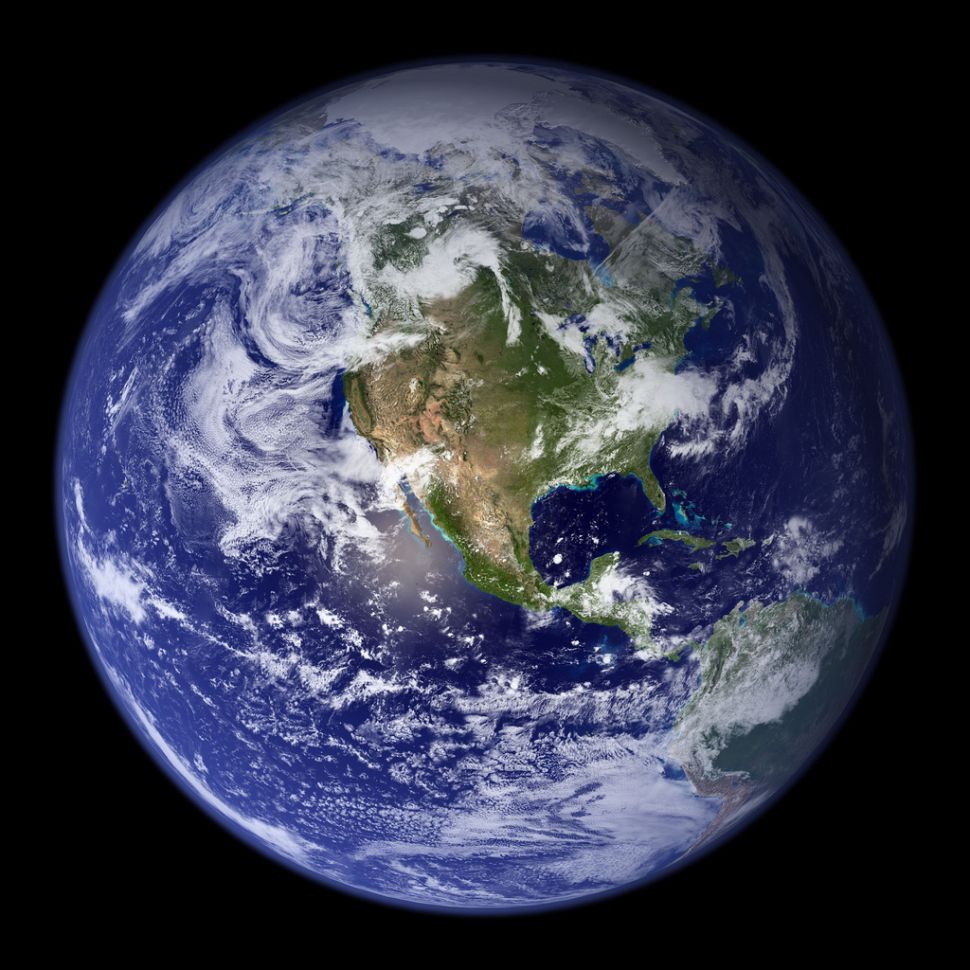