‘Imagined Dialogue For’ is our series by the hilarious and talented Chris Scott, of Reviews of Movies I Haven’t Seen fame. Next up? Chris takes a stab at guessing what will happen when Kathy Griffin and Anderson Cooper ring in 2017. 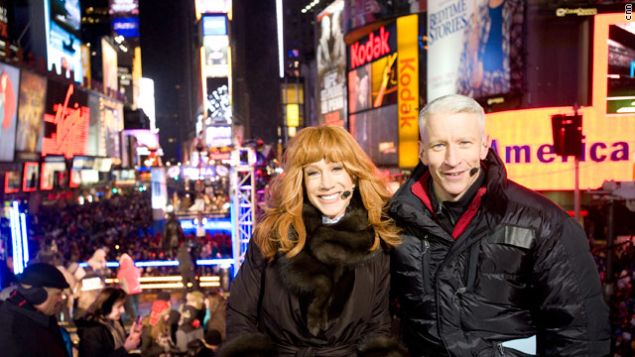 ANDERSON: We’re just 34 minutes away from the the stroke of midnight.

KATHY: In a little over half an hour we can officially say goodbye for good to 2016 — a year that will NOT be missed by many!

ANDERSON: You know Kathy, a lot of people are saying 2017 will be the year Velcro makes a big comeback.

KATHY: Are they really?

ANDERSON: Yeah, I heard this from a few people actually.

KATHY: I’m not calling you a liar or anything, but who exactly?

ANDERSON: A guy on the train a few days ago. He and another guy were talking about it.

KATHY: Anyone else? And they were definitely talking about Velcro? I’m just trying to wrap my head around this. I mean Velcro gets used a lot but I can’t envision there being any more uses for it than there already are.

ANDERSON: Do we really have to do this on national television?

KATHY: I’m just surprised is all.

ANDERSON: Like why is it so impossible for you to just accept what I say and move on. It’s not hurting anyone.

ANDERSON: That is not what I said. I said I heard Velcro would make a comeback in 2017. That’s completely different.

ANDERSON: In 2016 we bid a fond farewell to ABC’s hit drama series LOST, which entertained millions of people during its six years on the air. We put together a short video looking back at the sci-fi mystery that captivated us over six amazing seasons.

ANDERSON: Okay, a quick clarification and apology. LOST in fact ended in 2010. We apologize for the mistake. Still, a great television series top to bottom.

KATHY: The ratings are the ratings.

ANDERSON: The ratings remained pretty consistent, relatively speaking, over six seasons and the vast majority of shows see a decline in viewers over a comparable span of time, so.

KATHY: You’re really gonna sit here and tell me you were happy with that finale?

ANDERSON: I am actually. I am going to sit here and do that. It was emotionally satisfying and brought the series to a perfectly fine conclusion. I don’t really feel like arguing with you about this. Folks, we are just ten minutes away from —

KATHY: No actually, I want you to explain something to me.

ANDERSON: — so the time travel stuff is actually explained pretty comprehensively and clearly to anyone who hadn’t already decided they hated LOST and willfully wanted to pretend it was confusing. It really wasn’t.

KATHY: You’re telling me literally the day they first had the idea for this show they were like “And then in season five we’ll get super into time travel.” You’re honestly saying that was always part of the plan.

ANDERSON: See this is classic —

ANDERSON: No, excuse me, I didn’t interrupt you.

ANDERSON: You’re putting words in my mouth, Kathy. That’s not what I said. Now, please don’t interrupt me. The rules as they pertained to time travel on the show were clearly explained and established. And everything that occurred happened within those established parameters. It’s perfectly fine if you thought time travel was a curveball and ventured a bit too far into science fiction for your taste. You’re certainly not alone in that critique — oh and Happy New Year’s everyone, the ball dropped a couple minutes ago. Happy 2017. — but to say the subject matter itself was handled sloppily, I’m sorry, is objectively untrue and unfair.

KATHY: Yes, Happy New Years guys. We were told repeatedly — the showrunners stated repeatedly — that they had a master plan for the show. Ok? They did. You simply cannot look at any of that first season and tell me the groundwork for something as far-fetched as time travel was established anywhere in there. In fact —

ANDERSON: See but this is a classic ‘damned if they do, damned if they don’t’ scenario. Because a lot of the same people — and not you specifically ok, but a lot of the same people — who complained about their not being an overarching design to the show, or a plan or whatever, I guarantee you were also the ones saying, like, “We don’t want to watch Sawyer and Kate locked in animal cages for multiple episodes. Change course! Change course!” So you can’t have it both ways.

KATHY: I think it’s pretty reasonable to critique a show on its merits, on an episode by episode basis, while maintaining a larger criticism of the series as a whole. I don’t see how these things are mutually exclusive at all.

ANDERSON: My point being that television as a medium is extremely different from, say, film, because it’s created over a much larger period of time and, in that process, requires a great deal more flexibility to change course. Another thing I would say is —

KATHY: — no, Anderson seriously, I want you to look me in the eyes and tell me if you had known the first two seasons that Walt would end up not being nearly as important to the endgame as the show basically promised us, in countless ways, that he would be, you would’ve kept watching.

ANDERSON: Even knowing what I know now — and I would bristle a bit with the basis of your question but that’s neither here nor there — I would’ve absolutely kept watching. More to the point —

ANDERSON: — so it’s just really funny to me to watch all these people talk about LOST being a huge waste of their time like someone was literally forcing them at gunpoint to keep watching it. Seriously, was somebody forcing you to watch this show for six years, Kathy? Honest question.

KATHY: What’s funny actually is how —

ANDERSON: Did someone at any point force you to watch this show —

KATHY: No, it’s seriously hilarious how defensive fans of the show get. Like god forbid someone dare criticize their precious mystical island mystery show, ooooooooo!

ANDERSON: — people like you who need every single little thing explained to them, underlined and with exclamation points. It’s so pathetic I can’t even —

KATHY: — can’t even admit how beyond lazy it is to just throw shit out there without any intention to ever explain to the audience what it means or why? Is that —

ANDERSON: — beyond childish to —

KATHY: — literal smoke monster? Are you seriously asleep right now? You can’t defend your points so you just pass out. Incredible. 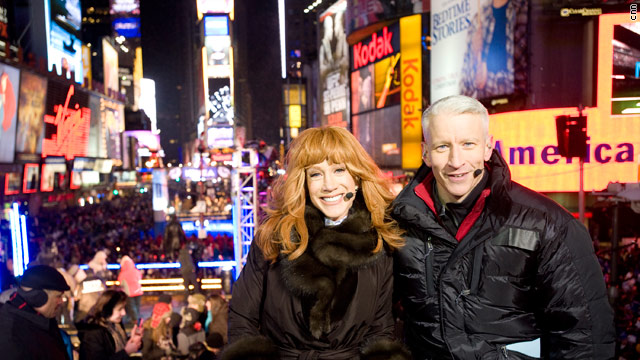