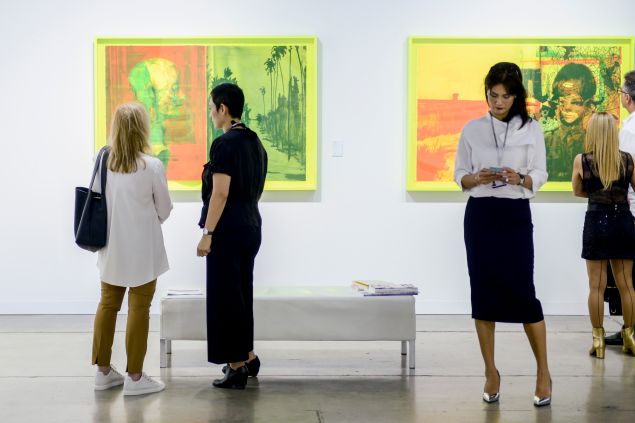 Miami, from cab drivers to concierges to collectors, breathed a collective sigh of relief as the branding megalith that engulfs their city once a year finally drew to a close yesterday. The numbers are in, and it looks like neither Zika nor Donald Trump dampened sales at Art Basel Miami Beach, though turnout plateaued. This year, like last year, the fair drew approximately 77,000 people, representatives for ABMB said.

The election (it’s being over, essentially) actually buoyed investor confidence, said Sameer Aurora, head of client services at UBS. The financial services giant (which is a global partner of the fair) tracks such sentiments in quarterly reports. The most recent one looked at confidence in the stock market before and after the election, and found that while 25 percent of respondents were optimistic before November 8, that number had shot to 53 percent shortly after Donald Trump’s election.

The result? The monied class that was ready to drop dollars on blue chip art at Basel was almost more happy to do so, Aurora said, due to “pent up demand.”

“Leading up to the election, the uncertainty… and because of the unconventional campaign cycle we’ve had… People were more cautious and more conservative with both spending and investing, holding more cash on the sidelines,” he said. And we all know what more cash on the sidelines means. After abstaining for however long, buyers were primed to part with their stashed money.

While art as an asset class is notoriously hard to pin down—it doesn’t track with the stock market, exactly, and sometimes worried investors in certain circumstances will flee to park funds in certain art as it holds value long-term—the general relief after the election spurred the types of buys and buyers Basel specializes in.

Susan de Franca, the chairman of new development marketing at Douglas Elliman (also a partner of the fair) said that went for real estate as well, as new condos flew off the shelves during the art bash. “We’ve sold a bunch of stuff from our South Florida portfolio,” during Art Week, she said. And anecdotally at least, art sales were quite strong. “We went in to [satellite fair] NADA and a few galleries had sold out everything and were reloading,” she said.

Collectors agreed. Max Dolgicer, a Latvian-born, New York-based internet entrepreneur and collector, said it was not the election that would have dissuaded him from making purchases, and indeed, nothing did. He was in a buying mood as he sipped rosé in the collectors lounge (the one with all free booze and caviar, separate from the mere “VIP lounge”). But he thought Zika had kept some people away—two major European dealers he knows stayed home, and it was the first year he’d seen attendance drop, he thought, and he’s come to the fair every year since it opened. But financially? “It would have taken a 2007, 2008-type event,” to keep him from buying anything. 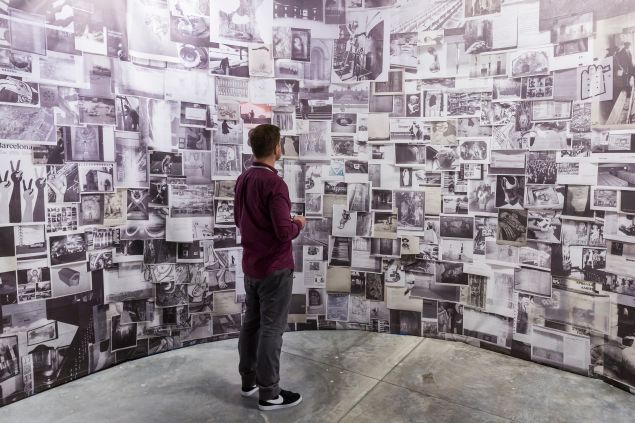 But a less-attended fair (stats from ABMB dispute Dolgicer’s assertion, for the record) is not really a problem, as he sees it. “It’s chaotic,” and perhaps fewer people will make navigating the many satellite fairs and massive main fair easier, he said. Lastly, he isn’t too worried that Art Basel will suffer, given the strength of it’s brand. “I think they’re going to be fine.”

With the enormity of the fair, it’s hard to pick out any one work or booth as extraordinary, but nonetheless people had their favorites. As we’ve reported, artist and gallerist Dustin Yellen was partial to Hauser & Wirth’s Philip Gustons, while an art adviser who asked not to be named gushed over the Ellsworth Kellys at Matthew Marks Gallery’s booth. Barbara Wagner, an executive vice president at Rubenstein Associates and budding collector loved the Joan Mitchell works at Edward Tyler Nahem, and, despite having attended the Miami fair the last few years and the Switzerland Basel last year, finally made her first purchase here, she said.

“I felt it was the most relaxed Art basel I’ve been to… I found that I had conversations with artists, gallerists, collectors, that were intellectually intriguing,” Wagner said. Admittedly, that’s not always a Miami Beach experience.

Dealers reported stellar sales—as they are wont to do. A Lee Krasner painting at Paul Kasmin sold for $6 million, per representatives for ABMB, and fairgoers were atwitter about what that meant for the market. Meanwhile, Munich-based Galerie Thomas sold works by Joan Miró and Jean Dubuffet for $1 million each, the reps said. Jack Shainman Gallery hawked Kerry James Marshall’s Untitled (curtain girl), 2016, for $600,000. 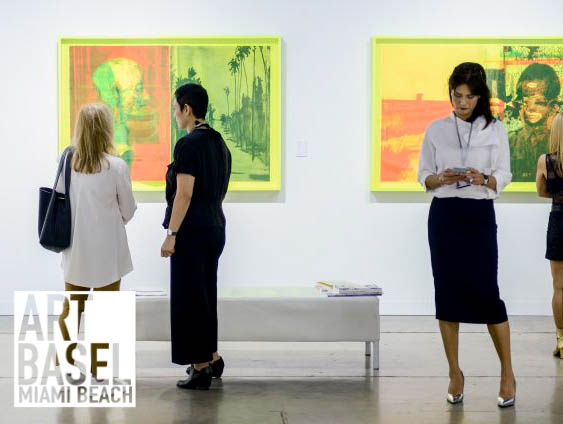