A rainy evening couldn’t stop the fashion-obsessed masses from turning up at Alice Tully Hall last night for the annual Lincoln Center Fashion Gala presented by Harper’s Bazaar and BNY Mellon. While last year’s evening honored Valentino design duo Maria Grazia Chiuri and Pierpaolo Piccioli and included a performance by Debbie Harry, this year’s celeb-packed gathering honored the 35 year legacy of the Carolina Herrera brand with a performance from Diana Ross and later, a black tie dinner in the concert hall’s atrium surrounded by archive works by the design house assembled by the Savannah College of Art & Design.

The legendary Ms. Ross took the stage for exactly 30 minutes, breezing her way through hits wearing a Herrera-designed ball gown that came complete with a massive chiffon overcoat that the diva later sloughed off for a stage hand to pick up off the floor. She began appropriately with “I’m Coming Out,” poking her head from the left curtain, and ended with perhaps her greatest it, “I Will Survive,” never stopping to chat to the crowd. She did, however, blow kisses to Carolina who sat in the third row with her two daughters.

The show closed with tales of Herrera’s intersection with several notable names. For Harper’s Bazaar Editor-in-chief  Glenda Bailey, it was her dating advice that first stuck with her. “Carolina once told me that when a man puts his hand on your leg, you must pick it up and put it right back on the table,” Bailey recalled after retelling the infamous story of Andy Warhol bartering with Herrera at Studio 54 to give him her fashionable purse in exchange for an iconic Warhol portrait.

Actress Emmy Rossum, a Herrera devotee who stunned in a blue gingham gown, told of her time spent designing her wedding dress alongside the Carolina Herrera team, while Seth Meyers thanked the New York-based designer for saving his own wedding day.

“We had a very dramatic wedding day, in that at our rehearsal dinner, my wife got food poisoning,” Meyers recounted, on the approval from his wife, to a crowd that also included Julianna Margulies, Christina Ricci, Olivia Palermo, and Peyton List. “I went to see my wife in the hospital the next day, on a gurney in a hospital gown – not fashionable – getting an IV. The thing was, I was still concerned as to how she would look walking down the aisle, because I have to be honest, she had not looked great in the hospital, which was problematic because when I put on my tuxedo, I looked fantastic. It’s never good for the groom, on the wedding day, to be the one who’s crushing it. I cannot tell you how in awe I was when my wife walked down the aisle, just hours after she had been lying on that gurney with those fluids, and it was all such a credit to this Carolina Herrera wedding gown she was wearing. I think sometimes we forget how much fashion can change the way you feel. Obviously, it impacts the way you look, but what happened to my wife that day, she was transformed, and it was all a credit to the incredible vision of Carolina Herrera.” 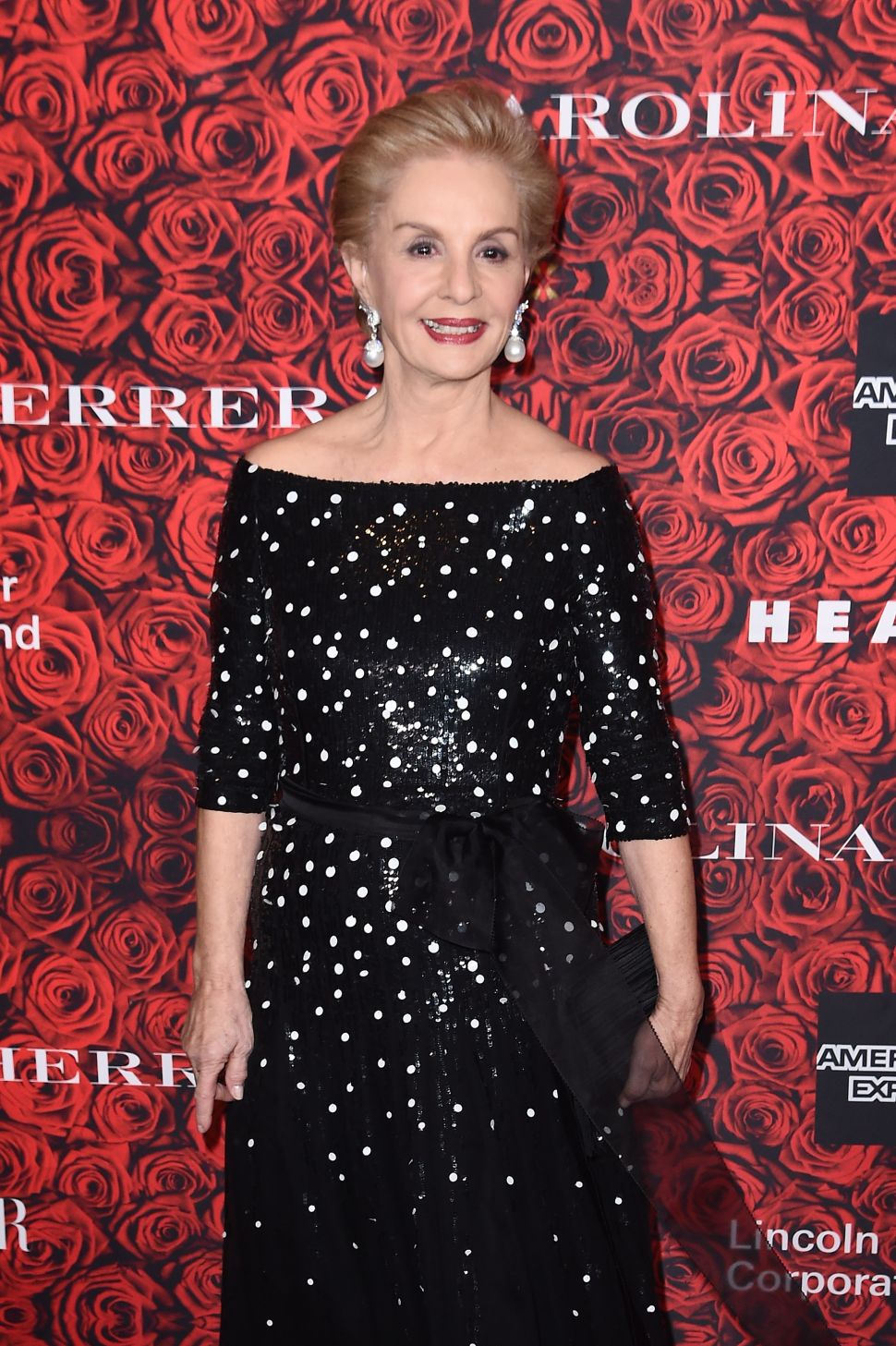