Brazile forwarded the Clinton campaign CNN debate questions in advance, violating the DNC charter, and undermining the integrity of the production in the process. CNN severed ties with Brazile after her actions were exposed, but the Democratic Party has kept her around, allowing Brazile to continue to make a fool of both herself and the DNC.

On December 8, Brazile published a post on Medium that pretended as if she and the DNC had been supporters of the Standing Rock Sioux and their efforts to stop the Dakota Access Pipeline for months. In reality, Brazile’s first signs of support came after the Army Corps of Engineers’ announcement on December 4 that the pipeline’s construction would be halted until an environmental impact study could be conducted. Now that the political risk of supporting Standing Rock is mitigated, Brazile is shamelessly swooping in to gain political points from the protectors’ victory.

“It is a moving scene and a distressing one,” Brazile begins her post, as though she actually made an appearance at Standing Rock. “The Democratic Party was proud to support the Standing Rock Sioux Tribe and their cause,” Brazile claimed, failing to note that Sen. Bernie Sanders, Rep. Tulsi Gabbard, and a handful of other Democrats are the only ones who spoke out against the Dakota Access Pipeline—while Brazile and other establishment Democrats remained silent.

Brazile’s post then goes on to divert blame for the Dakota Access Pipeline to Donald Trump, without acknowledging that President Obama could take bold action to protect the Sioux from the pipeline’s construction by making StandingRock a national monument. But Brazile and the Democratic establishment aren’t interested in challenging Obama to take further action.

Recent rhetoric from Republican Rep. Kevin Cramer, whose most prolific campaign contributor has been the oil and gas industry, should serve as a rallying call for Obama and the Democrats, showing that they need to take as much decisive action to stop the Dakota Access Pipeline as possible before January 20, 2017. In a recent Op-Ed published by The Wall Street Journal, Cramer alleged, without any evidence, that protectors used an IED, among other baseless disinformation claims. But instead of fighting back against these attacks, establishment Democrats like Brazile simply use the Dakota Access Pipeline to provide themselves with positive publicity without having to do anything.

Obama still has the time and authority to take action to stop the Dakota Access Pipeline, and obstruct Trump from moving the project forward along the same route when he assumes the presidency. The Democratic Party leadership should be leading the fight on this issue, but rather it has allowed Sanders to assume that role until the opportunity presented itself for Brazile and the rest of the Democratic Party establishment to reel in the maximum benefits of political expediency at the earliest sign of success. If the Democratic Party allows its leaders to continue prioritizing their corporate and wealthy donors happiness over standing up and fighting for important issues like the Dakota Access Pipeline, it’s going to be a long time until the the party begins to recover from its drastic losses of elected offices across the country. 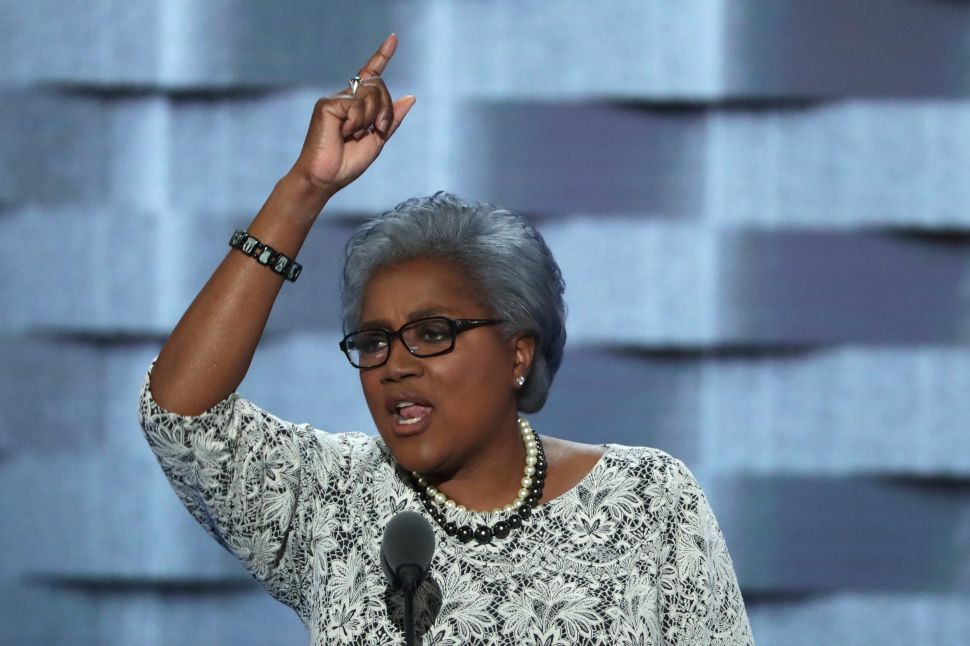