After winning the Democratic Party presidential nomination in 2008, Barack Obama enacted a ban on lobbyists and PAC donations to the Democratic National Committee (DNC). “We will not take a dime from Washington lobbyists or special interest PACs. We’re going to change how Washington works. They will not fund my party. They will not run our White House. And they will not drown out the voice of the American people when I’m president of the United States of America,” Obama told a crowd in Bristol, Virginia, while campaigning in June 2008.

But in 2015, then-DNC chair Debbie Wasserman Schultz, without any protest from the Obama Administration, rescinded that ban. At the time, Sen. Bernie Sanders was emerging as a surprising viable challenger to Hillary Clinton’s candidacy. Sanders’ disavowal of accepting money from Super PACs helped create a grassroots fundraising machine which threatened to raise more money than Clinton’s campaign under the DNC rules at the time. Wasserman Schultz removed the ban on lobbyist and PAC donations, opening up the opportunity for the DNC and Clinton campaign to develop a joint fundraising committee, the Hillary Victory Fund, and reel in big donations from PACs, lobbyists and wealthy donations. The joint fund was exposed in May 2016 for laundering money through state Democratic Parties to circumvent campaign finance laws. “Less than 1 percent of the $61 million raised by that effort has stayed in the state parties’ coffers,” reported Politico.

Wasserman Schultz would later resign in embarrassment after WikiLeaks released DNC emails that revealed she violated the DNC charter by transforming the neutrally bound organization into an extension of the Clinton campaign during the primaries. Her position as DNC chair was filled by another cheating Clinton campaign surrogate, Donna Brazile. WikiLeaks emails released from Clinton campaign chair John Podesta revealed Brazile forwarded CNN debate questions in advance in order to help his candidate.

Though Sanders and Clinton supporters are currently battling to prop up their preferred candidates for a new DNC chair, to be voted on in February, the ban initially enacted by Obama has not been re-instituted. Doing so would be an easy, first step toward reforming the Democratic Party. Sanders and his supporters have diagnosed Clinton’s election loss and the party’s failure to recoup majorities in both houses of congress as what happens when Democrats abandon the working and middle class in favor of corporate and wealthy donors. “Our future is not raising money from wealthy people but mobilizing millions of working people and young people and people of color,” Sanders told Rolling Stone in a recent interview.

While Sanders has set out to mobilize millions of his supporters and voters disenfranchised from the Democratic Party, the party establishment has shown little desire to abandon their corporate and wealthy donors—despite the downfall of Clinton and the rise of Donald Trump that courtship has resulted in.

Senate Minority Leader Charles Schumer and House Minority Leader Nancy Pelosi founded their careers on preserving the corporate elitist status quo. Schumer is one of Wall Street’s favorite donor recipients, and Pelosi suggested Sen. Elizabeth Warren is a fringe member of the Democratic Party because she criticizes Wall Street. Clinton has ignored important issues that have arisen since her defeat but is hosting a thank you party for her millionaire donors in New York City. Shortly after the election, billionaire George Soros held a closed door meeting with other wealthy donors that was attended by high-profile Democrats. Clinton propagandist David Brock is still being given an earpiece in Democratic Party leadership circles and has a private retreat for the party’s billionaire donors planned in January. The Democratic Party has not learned anything from Clinton’s embarrassing loss to Trump, and it won’t unless Sanders and his progressive supporters push to bring back the ban on lobbyist and PAC donations. 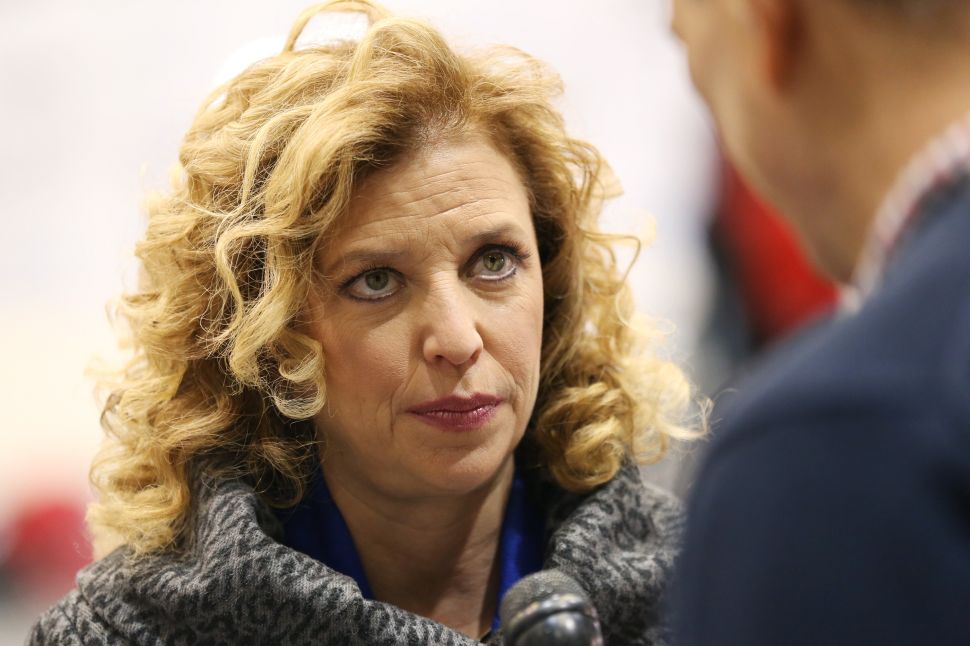