Artist Matthew Chavez’s public art project Subway Therapy, which invited commuters passing through New York’s Union Square subway station to write responses to the presidential election on Post-it notes and affix them to the walls, will be moved to the New-York Historical Society. (Art Newspaper)

A group of LGBTQ activists allege they were attacked by Trump supporters after the closing party of the arts nonprofit Artists Space’s “Decolonize This Place” exhibition. (Hyperallergic)

Here’s a glimpse inside Ireland’s ancient passage tombs at Newgrange, which are a thousand years older than Stonehenge. (New York Times)

Bloomberg delved into the business of Park West, which claims to be the “world’s biggest art gallery” and sells $400 million worth of art on over 100 cruise ships each year. (Bloomberg)

Hidden in the background of James Franco’s new movie, Why Him, are replicas of the actor’s paintings. (artnet News) 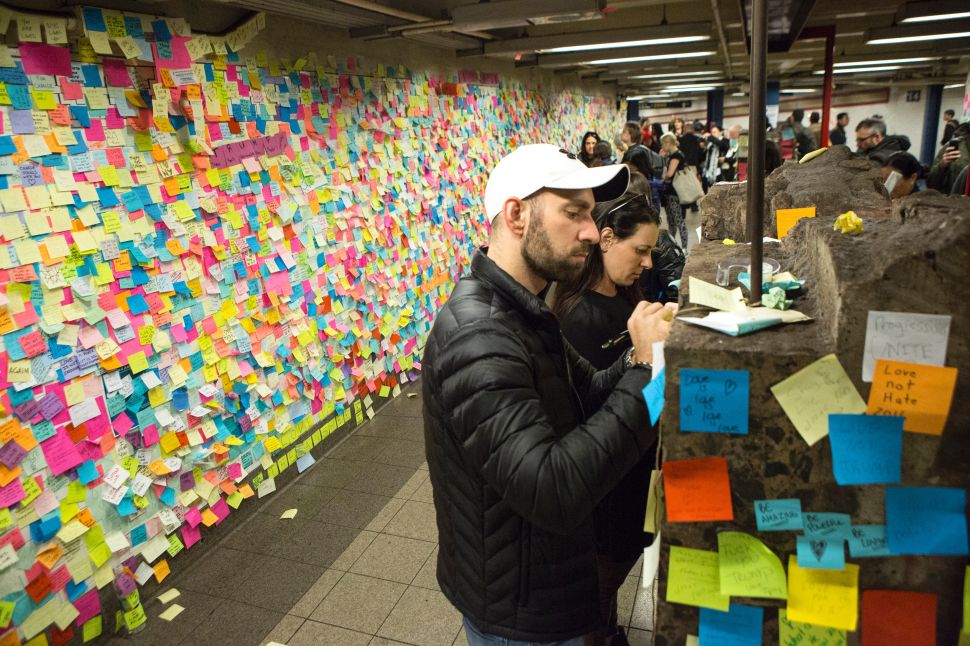