It must have been hard to part ways with that custom kitchen, but restaurateur Will Guidara just sold his Chelsea loft.

Along with Michelin-star chef Daniel Humm, Guidara is the co-owner of Make It Nice hospitality group, which runs Eleven Madison Park, NoMad and NoMad Bar. Among their many awards, they were also recently named Wall Street Journal Magazine‘s Food Innovators for 2016.

In a culinary match made in heaven, Guidara married Momofuku Milk Bar owner Christina Tosi in August (Karlie Kloss attended the celebrations), so we suppose he no longer needed his eighth-floor bachelor pad at 114 West 27th Street.

The two-bedroom, two-bathroom co-op went through an “extensive” gut renovation, per the listing held by Brown Harris Stevens broker Jason Karadus. As expected, the “incomparable chef’s kitchen” is a serious highlight in the 1,700-square-foot space, and it was “designed and built-out by Poggenpohl and Gaggenau for one of the worlds top restaurateurs.”

Aside from the obvious culinary attributes of the space, perhaps buyers Jeffrey Bruce and Ingrid Steffensen, who paid $2.56 million for the loft, were also drawn to the 11-foot beamed ceilings and 8-inch oak plank flooring throughout.

Additionally, the master suite is equipped with a 23-foot walk-in closet-slash-dressing room situation, and the master bath includes a double shower and double sinks.

“I believe in this neighborhood,” Guidara told Wine Spectator in January. “I had to be here. So I found this place, and I gutted the whole thing.” True to his word, Guidara isn’t heading too far from his beloved NoMad area—in fact, he and Tosi purchased a penthouse at 139 West 19th Street (the seller was Elle fashion editor Lori Goldstein) for $3.7 million in July. 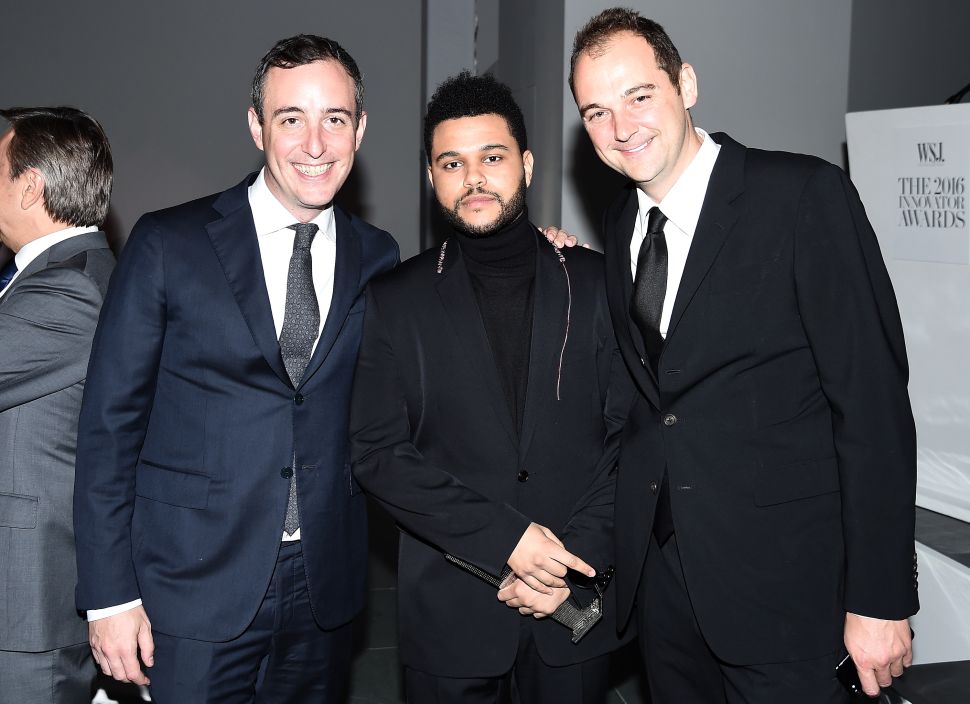