A few weekends ago in Switzerland, the European Space Agency (ESA) held a conference during which the fate of a proposed Asteroid Impact Mission (AIM) was debated. The mission would be a test-run for an October 2020 launch to a binary asteroid system, the paired Didymos asteroid, that will be relatively close to Earth in 2022 (16 million kilometers away). AIM would provide detailed mapping and thermal imaging, working as ESA’s contribution to NASA’s Asteroid Impact and Deflection Assessment, in order to run an experiment on how humanity can deflect or alternate routes of asteroids that have potential collisions courses with Earth.

Unfortunately, the ESA failed to appropriate funding, but director general Jan Woerner, and other advocates of the AIM are still pushing for countries to agree upon funds to turn this mission proposal into a reality.

“I don’t know yet what will happen but if I have a recommendation, it would be to encourage the DG of ESA to talk directly with ministers of all countries to fund AIM, as soon as possible, so that there is no wasted time for the industry who still has two months of funding to work on the project,” said Dr. Patrick Michel, senior researcher at Centre National de la Recherche Scientifique (CNRS) and leader of the Planetary Science Team at the Cote d’Azur Observatory’s Lagrange Laboratory in Nice, France, in an interview with Observer.

Michel is the principal investigator for the Asteroid Impact Mission. “This project has so many important implications that it would be a catastrophe if it does not continue: it will maintain Rosetta spacecraft data that will otherwise be lost, contributing greatly (for a low cost) to the visibility of ESA, providing inspiration for the young people and the public, as demonstrated by the great support we had (like the AIM support letter), contributing to planetary defense, technology, and science. And it is a project that brings together many nations, including US with DART, on the same side toward an important objective, which is very important during this era of geopolitical instability.”

Shortly after the bad news from the ESA failing to fund the Asteroid Impact Mission, the United Nations formally designated June 30 International Asteroid Day, reviving AIM advocate’s hopes of obtaining funding for the mission. The day was initially founded two years ago by astrophysicist and former Queen guitarist Brian May, director Grigorij Richters, Apollo 9 astronaut Rusty Schweickart, and Chief Operating Officer of the B612 Foundation Danica Remy. The organization has since advocated to raise awareness of the threats posed to Earth by asteroids, and for research and projects to mitigate these threats.

Former astronaut Dr. Thomas D. Jones told Observer in a September interview, “if we had an asteroid that was bigger than a kilometer in size strike the Earth, that would throw enough dust into the atmosphere to cut off photosynthesis, collapse the growing season, and billions of people would starve to death which could lead to societal breakdown.” He noted an asteroid that can potentially wipe out a city, such as the 1908 Tunguska event in Siberia, occurs every 50 to 100 years. Asteroid Day was selected as June 30, the same day of the Tunguska event in 1908, the most recent damaging asteroid to impact Earth’s surface.

“I think this designation of an International Asteroid Day is very important and I wish it happened before the ESA council,” added Michel. “Asteroid Day asks for actions to discover and prevent asteroid impacts, and AIM fits perfectly the goal.  I just hope it can help the European countries to realize that funding AIM would be the right move, and that it is not too late to reconsider it. “ 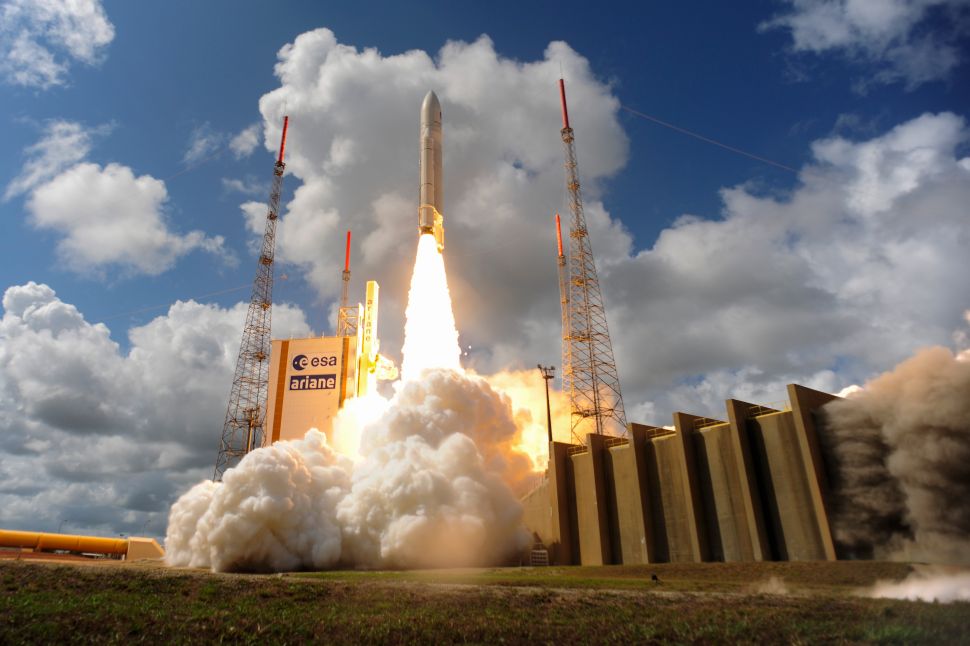