While creative mastermind Stephen Gan is often credited as being one of the first to discover Lady Gaga in her early years as a dive bar crooner, today we’re met with a new face on the cover of V Magazine’s Winter issue, revealed exclusively to Observer.

Photographed by Inez & Vinoodh, Betsy stars on the magazine’s digital cover, set to be released later today. While she is currently based in London, the talented songstress is a dropout of Central St. Martins and hails from, of all unsuspecting locales, a goose farm in Wales.

Inside the magazine’s pages, we learn of her days working for Balenciaga, which, like fashion school, she also left to tackle a career in music. “I went out to my brother’s backyard in the caravan that wrote what is the majority of my album, and that’s what led to me getting my record deal,” she says in the interview with Gan.

The resulting debut album includes disco-heavy hits, including one inspired by her tryst with an unnamed male model. “My next one [‘Wanted More’] is about a Cuban supermodel I used to date,” Betsy later adds. “He was gorgeous, but he was a bastard. So handsome, we’ll Google him afterwards. Absolutely gorgeous. And I dated him for a long time, then I found out he was married. Maybe that should be…anyway, he was a real old bastard, but he was very fun and very handsome. So, there were a few songs owed to some of the beautiful men in my life.” 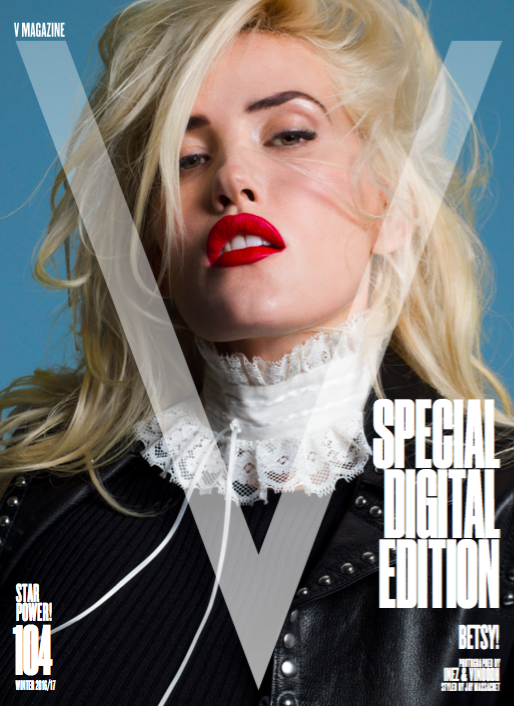