The famous American writer and author of Fear of Flying, Erica Jong, who is an acquaintance of mine, wrote a noted “midlife memoir” called Fear of Fifty. It details how we Americans fret about aging and growing old. We live in the ultimate ageist society where youth is glorified and age is treated as a miserable disease.

Perhaps we should consider the alternative.

To age is to live. Not to age is to be purged of that greatest blessing: life itself.

Moreover, to age is to gain wisdom.

And what I have learned in my half century on this earth which has gone by in such a flicker in the week of my fiftieth birthday? I’m not just pontificating here. The Talmud says that at 50 one has reached the age to give counsel. So allow me to offer my own sage advice:

There can be no doubt that I regret the bad things I’ve done. I wish I had never committed them. But far worse are the good things that I have not done. Relationships, for example, are sometimes undone by a sin in the relationship. But much more often relationships die the sin of neglect. I have seen many men and women bounce back from mistakes. But I have seen far more people slowly lose their vitality and passion for life because they lack purpose and have not found a great cause to which to commit themselves.

Sounds simple I know. But it’s a truism we trample on every single day. Our society uses money as a commodity by which to purchase self-esteem. The net result is that men and women spend their lives in acts of accumulation, as if in millennia of human history we have not advanced from being hunter-gatherers. But the greatest problem in the world today, and the one first identified in the Bible as the mother of all human challenges, is loneliness. All the money and status in the world will not make you feel appreciated unconditionally for something you feel is intrinsic to your being. So cultivate and never neglect core relationships.

By this I mean, try and make others feel important. Easier said than done but so amazingly rewarding. God gave each of us an infinite supply of dignity which we can sprinkle on others, like confetti thrown on a bride and groom at their wedding. By simply being attentive to people, by valuing their opinion, by expressing gratitude, we make others feel like they matter. There is nothing they wish for more. Most of what we do in life is an attempt to make us feel like we matter. So if you crave it so much, grant that same gift to others as well. Part of this is giving compliments. I’ve always been confused by compliments. They’re free. They’re so easy to offer. So why are we so stingy with them? Watch as you give someone a compliment. They come to life in an instant. Make it sincere. Everyone has something to praise. Find it and offer it.

That doesn’t mean we should live carelessly. But there is a difference between living in fear and living out of a sense of caution. While fear is a hysterical response to an imagined threat, caution is a calculated reaction to a real danger.

This lesson is arguably the hardest of all. We all feel wronged by others and forgiving is the most unnatural act of all. Why overlook the harm done to us by others, especially if they haven’t yet taken responsibility for what they’ve done? Because nursing grudges makes us old before our time, even if we’re far younger than fifty.

OK, this lesson sounds like it’s for Jews, but it’s not. The message is live for your nation, live for your country, live for your people. Live for a cause larger than yourself. Only when we connect with something eternal is our being lent a sense of eternity. I mention the Jewish people not only because I’m Jewish but because my people have been imperiled throughout their existence. Israel’s very survival is threatened till today by genocidal enemies that surround it. By fighting to defend Israel we connect with millennia of our compatriots who have preceded us and who have made the Jewish people one of the most influential in history. The same is true of fighting for America and all that it represents: freedom, liberty, human rights, and a commitment to the infinite and equal value of every person.

Sounds unexpected. But I can tell you that my love of history has placed my existence, my daily trials, my constant challenges in perspective and has given me a sense of what human beings can ultimately contribute.

Another really difficult one. The people who give us the most love in life are often the ones who can give us the most pain. It’s almost inevitable in the parent-child relationship and the husband-wife partnership that love and pain will exist concurrently. But nothing tests our ability to appreciate and lend gratitude more than truly loving and respecting our parents and the partner with whom we share our lives. And nothing guarantees God’s blessing more than and cherishing and showing living gratitude to our soul-mate.

This may come to you in different ways, either through formal religion or something more elastic. But bring God into your life. Know that every day is a miracle. Stop sweating the small stuff and know that everything is part of a larger plan. Find your place in that plan. And never lose your sense of awe, majesty, and wonder.

The Washington Post calls Shmuley Boteach “the most famous Rabbi in America.” He has just published The Israel Warrior: Standing Up for the Jewish State from Campus to Street Corner. Follow him on Twitter @RabbiShmuley. 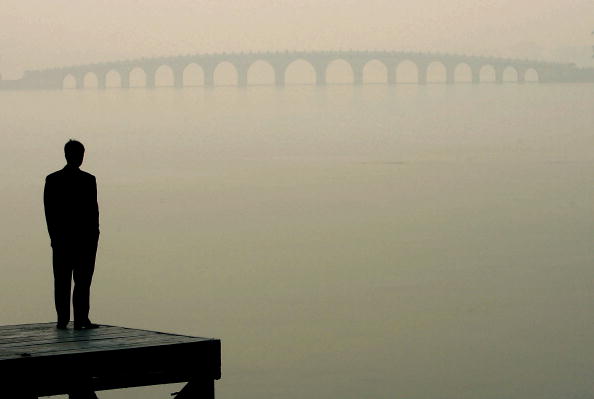