Three robbers broke into the designer’s Madison Avenue store on the morning of December 24, sometime before 5 a.m. They smashed through the glass door with a brick and one of the robbers was hit on the head with a steel girder as he entered the shop. He recovered enough to help his two partners in crime carry out one of the largest fur heists this city has ever seen, at 825 Madison Avenue.

“They took out well over 20 sable and chinchilla coats,” Basso told WWD. “We’re trying to calculate the exact value but it’s well into the millions. It could be the largest fur theft in the history of New York.”

The robbers clearly knew their furs, and which ones were the most valuable. According to Basso, they left with all the sable styles in the store and a few of the chinchilla coats, each of which retails between $75,000 and $200,000. They didn’t touch furs that were of lesser value. While the NYPD is still investigating the robbery, Basso surmises that in order to resell the coats, the thieves must have left the country with them; he believes that they are too recognizable to be resold in New York.

At the time of the heist, Basso was vacationing in Aspen, where he maintains a shop within the ritzy Little Nell hotel. Though he was obviously shaken by the turn of events, the designer still found the holiday spirit…and posted about it on Instagram. On Christmas Eve, he shared a picture of a decadent table setting, where he presumably celebrated the holiday, amid the unfortunate events.

Luckily, things quickly returned to normal at the Dennis Basso shop, located on the corner of 69th Street and Madison Avenue. According to the designer, the broken glass was cleaned up and the door was boarded up, so shoppers could scoop up last minute furs and fancy frocks, just in time for the holidays. 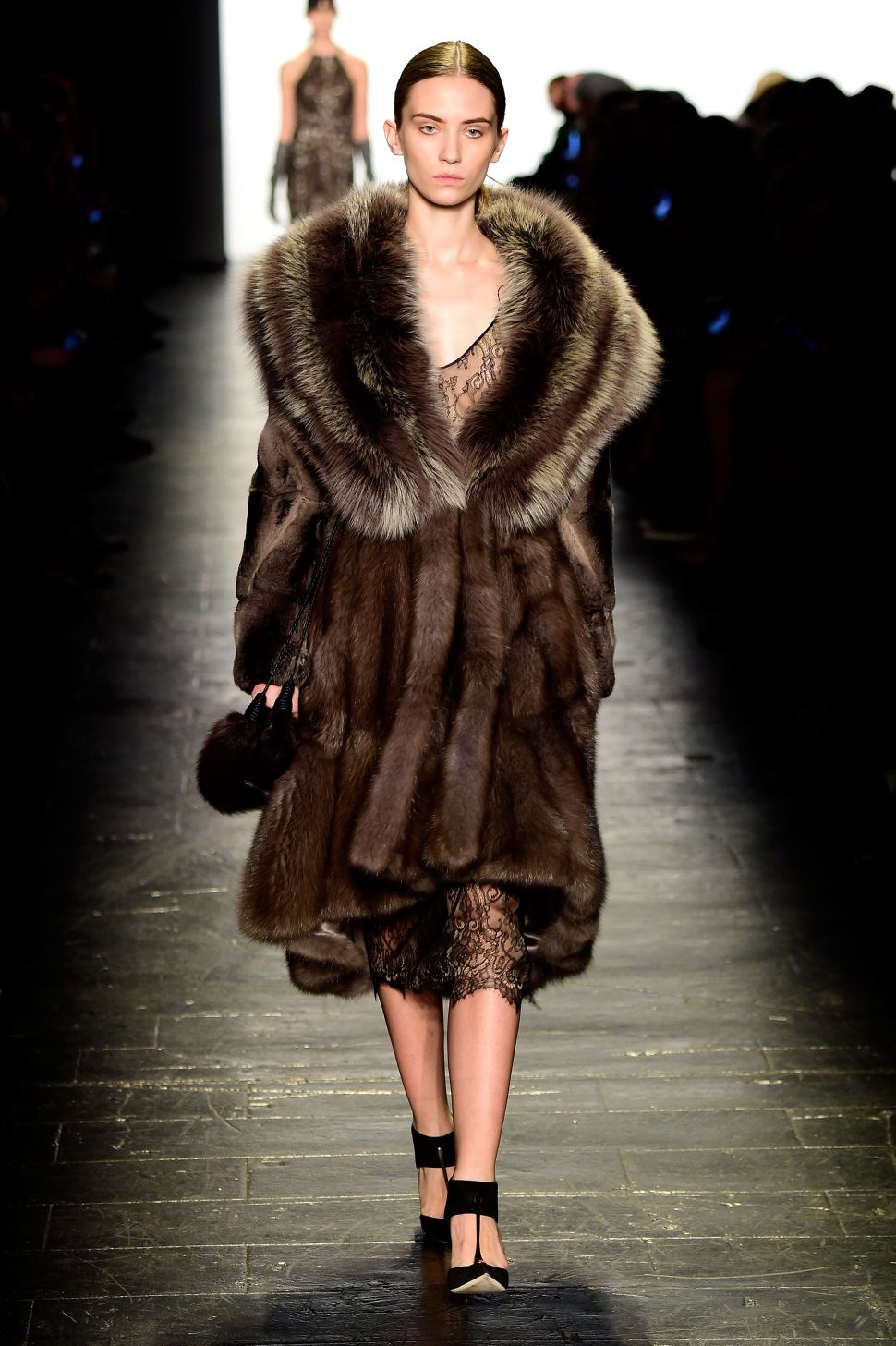