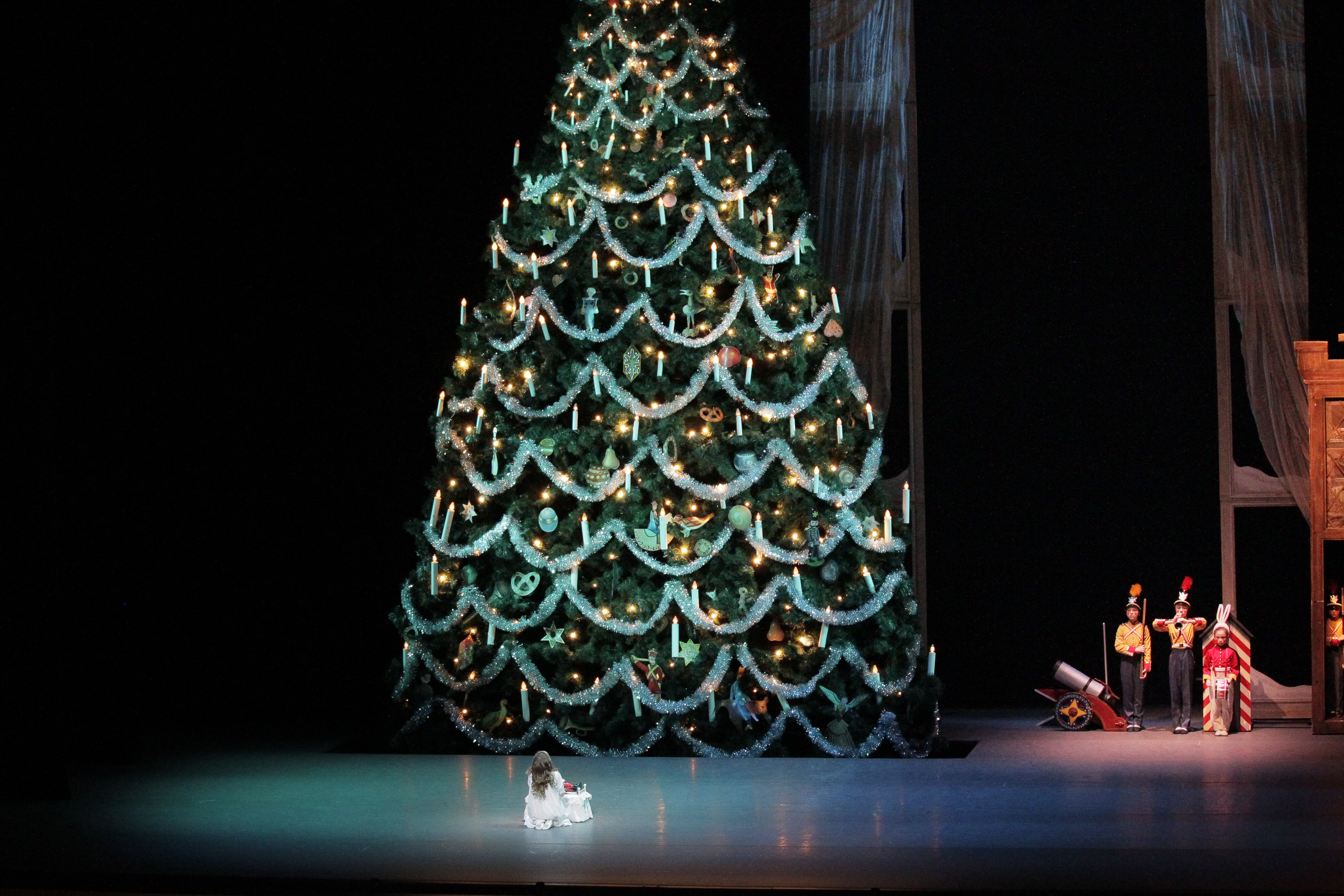 It’s the holiday season, in case you hadn’t noticed, which means that nuts are cracking all around town. First and foremost, of course, at the Koch, where the sublime Balanchine version of Tchaikovsky’s The Nutcracker is on semi-permanent display. As you know, since you’ve probably been seeing it since you were six, it opens with the enchanting “party scene,” followed by the most magical of all ballet stage effects, the Christmas tree that grows and grows and grows—itself worth the (high) price of admission. The battle with the mice. The snowflakes….

And then in Act II, we’re with little Marie and Drosselmeier’s elegant nephew (now a prince) in “The Land of Sweets” where the Sugarplum Fairy awaits them and us; where little angels skim across the stage and Mother Ginger sends her eight Polichinelles skittering out from under her gigantic skirt; where Coffee undulates and Tea pops out of a tea chest and the lead Candy Cane jumps and jumps through his hoop. The Marzipan Shepherdesses, the Flowers led by their dazzling Dewdrop. And finally Sugarplum and her Cavalier in one of Balanchine’s grandest formal pas deux….

Can one ask for anything more? 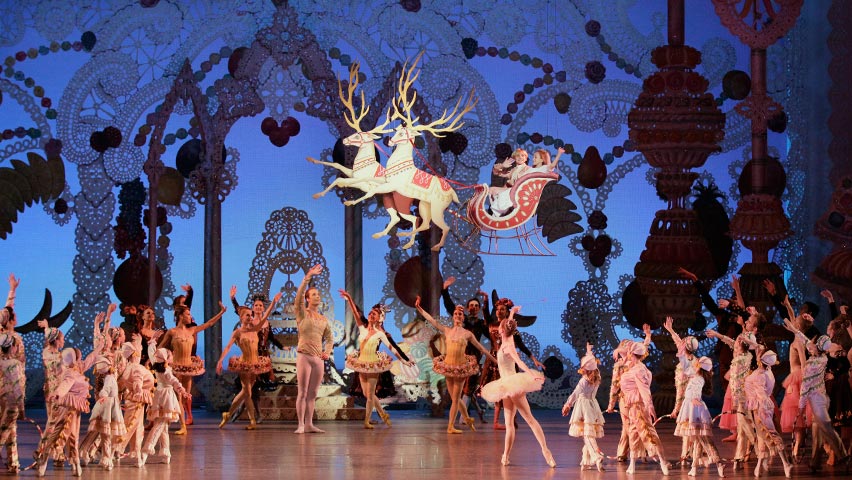 Nutcracker is in pretty good shape these days. The corps girls, as both Snowflakes and Flowers, are amazingly and uniformly strong, although some subtleties of detail and phrasing are being ignored—where are the coaches? The grownups in the Party Scene work hard—in the case of Ask la Cour, the Dr. Stahlbaum in one performance I saw, too hard. Nothing can stop Grandpa and Grandma from being cute, just as nothing can stop the Hot Chocolates in Act II from being boring, but hiccups like these a small price to pay.

The one really distressing flaw is Mark Stanley lighting at the glorious moment when the little Prince’s nutcracker costume is whipped off him when he sidles onto the stage to present himself to Sugarplum. Actually, Stanley fails to light him until the crucial moment itself, so that half the effect is lost. This is unconscionable. (And not the only moment in the repertory when he under-lights: try seeing the great moment with the boat in Prodigal Son. Why did Balanchine bother?) 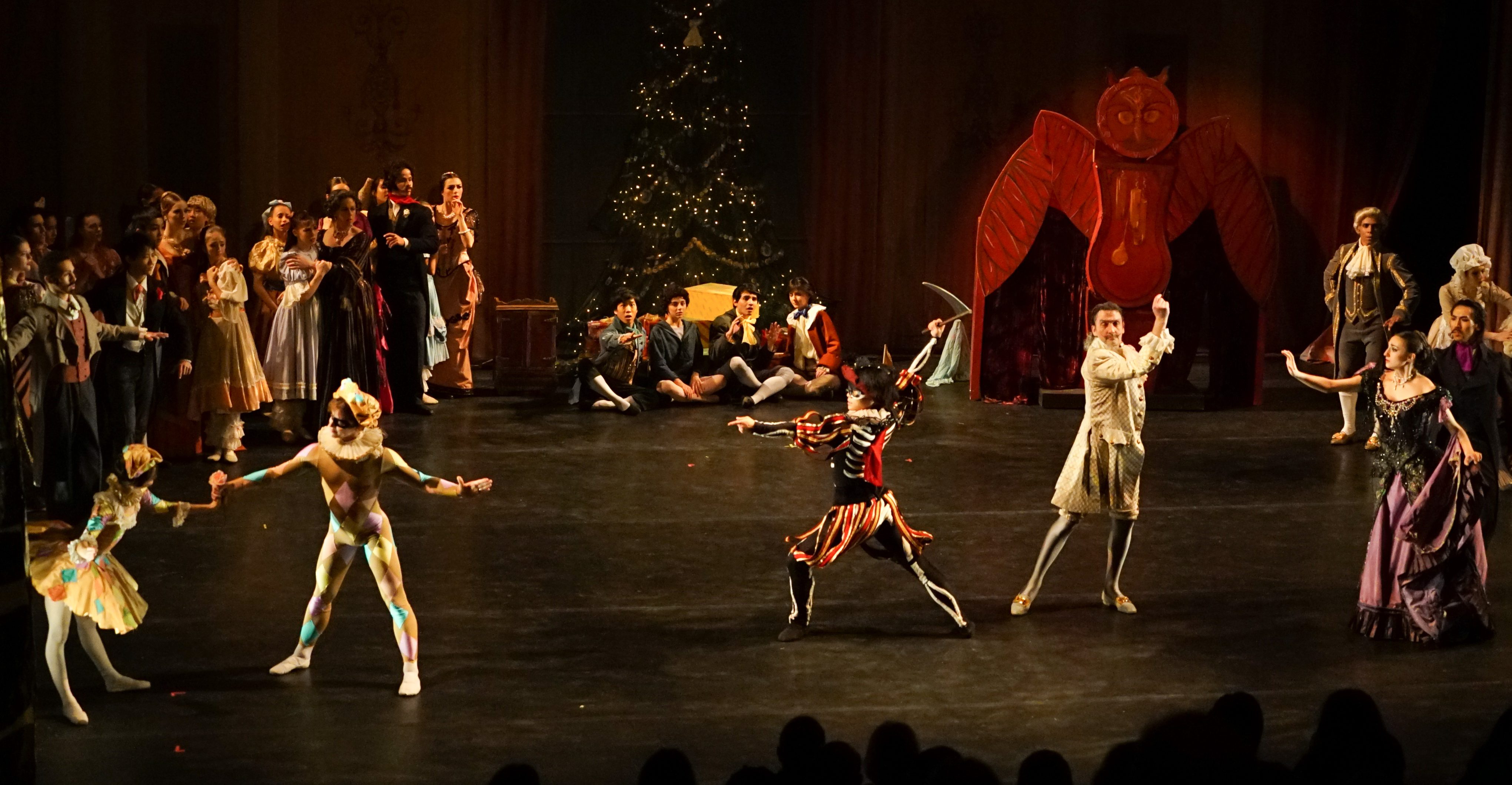 This is one of those Nutcrackers in which Marie and the Nutcracker Prince are Young Adults—childhood wonderment is not featured by Chernov. Marie is on pointe from the beginning, and the two YAs are doing rapturous duets, with swirling lifts, almost from the start. The model is the Bolshoi choreographer Vasili Vainonen, whose version was created in the ’30s and I gather is still being performed by the Maryinsky, so this Nutcracker set in semi-Biedermeier Germany frequently turns Sovietski. But only a cranky purist could object.

Certainly the 600 people in the audience were enraptured, and rightly so, because everything was executed with such energy and panache, and such polished dancing. Kirkland herself was one of the purest of all classicists, and you can be sure the pressure is on her students and company to carry on the tradition. The Marie I saw, Nina Yoshida, was a charmer—graceful and confident. Several of the boys were highly impressive with their double air-turns and barrel jumps: serious training has been taking place. The tiny bugle boy was a sensation. 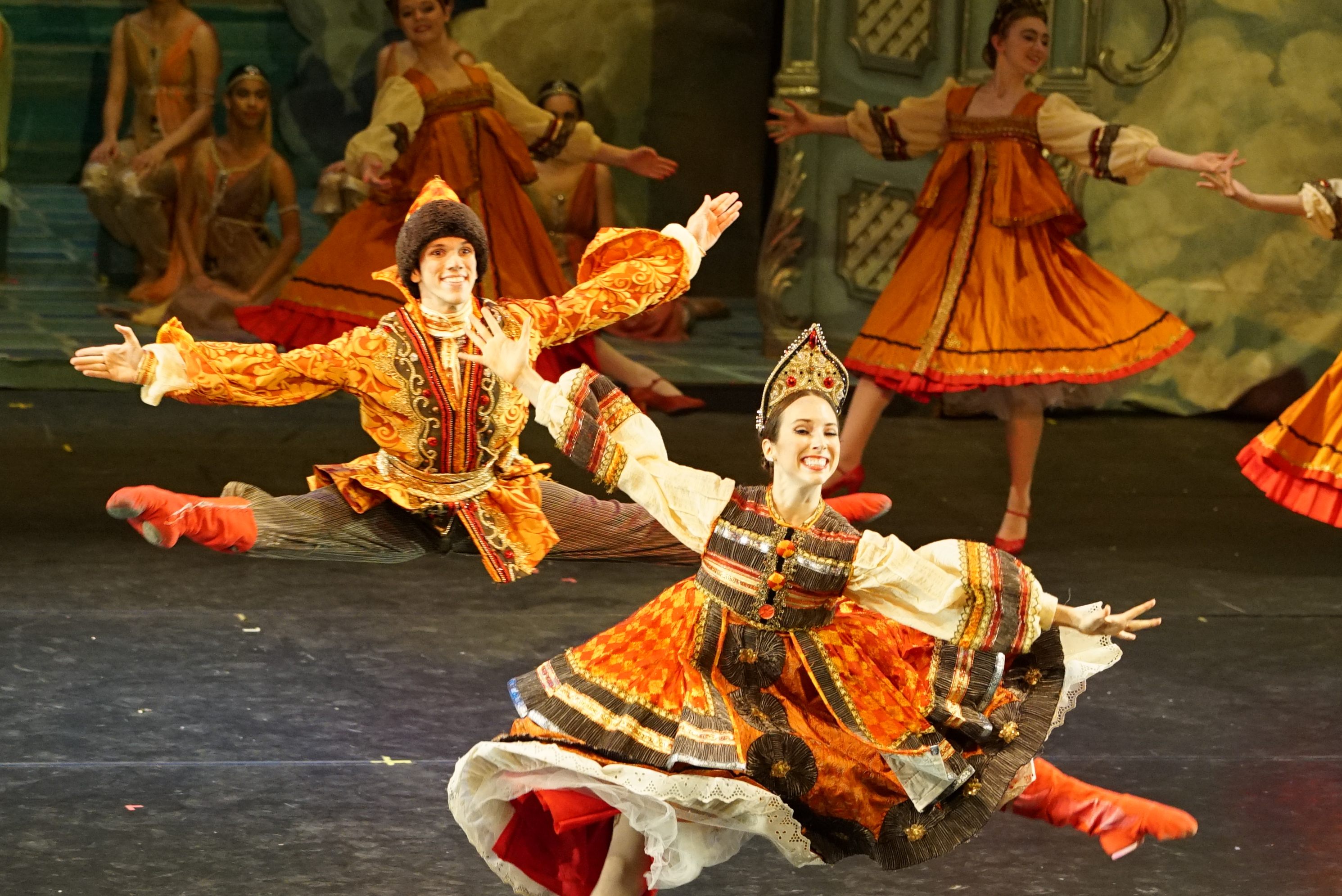 Changes in the dramaturgy seemed curious to those of us used to Balanchine—Russian folk dance in place of candy canes; no Dewdrop—but clearly no one minded, including me. And there were new touches that were happy surprises: for instance, when it’s time for the soldiers to turn out to battle the mice, a huge armoire opens and they slide down endearingly from inside it. (Earlier, before the transformation, we’ve seen them being carefully packed away in a miniature version.) There’s even a growing tree, but let’s face it, it’s more of a gesture than a thrill.

The stage at the GK Arts Center isn’t huge, but it’s large enough to accommodate the very pleasing sets and costumes “adapted by Michael Chernov”; the program doesn’t specify what they were adapted from, but I think I saw somewhere that it was a City Opera production. One bewilderment: “Arabian” was not only costumed like a Rajah, plumed turban and all, but his dancing was Indian-inflected. Someone’s not at his best with geography.

All in all, this Nutcracker is something to be proud of, even if it’s occasionally off-kilter. It’s intimate, it’s inventive, and although it’s not about childhood, it’s terrific for children. At the performance I saw, the audience was almost entirely made up of families—I was maybe one of half a dozen adults present not attached to a tot. (At City Ballet, at a seven o’clock performance, at least ninety percent of the audience was totless. This audience knows very well that Balanchine’s Nutcracker is a ballet masterwork as well as a treat for the kiddies.) My favorite moment in Dumbo came when the threatening mice charged on stage for the first time and a little boy behind me gasped “Uh-oh!” 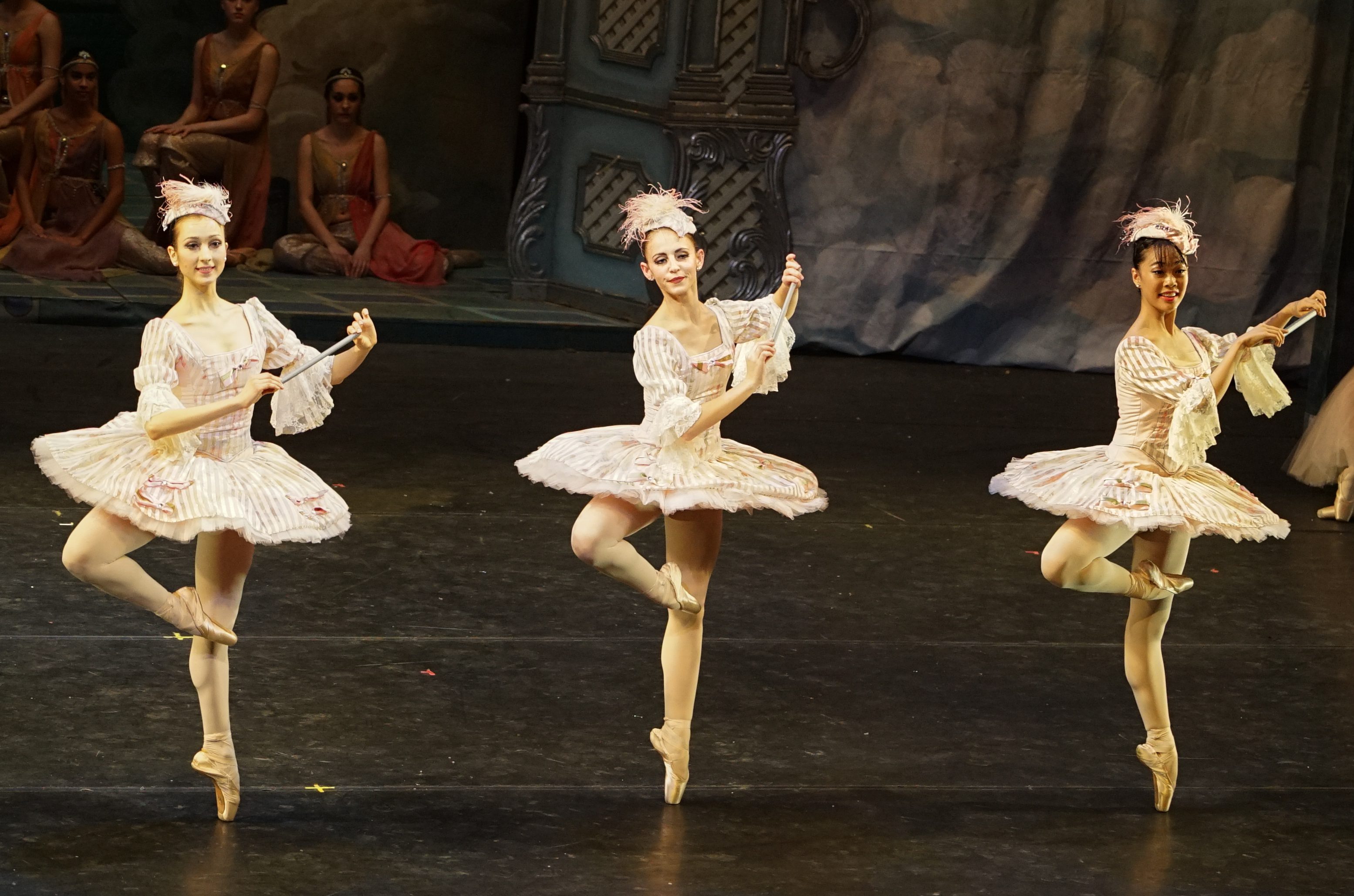 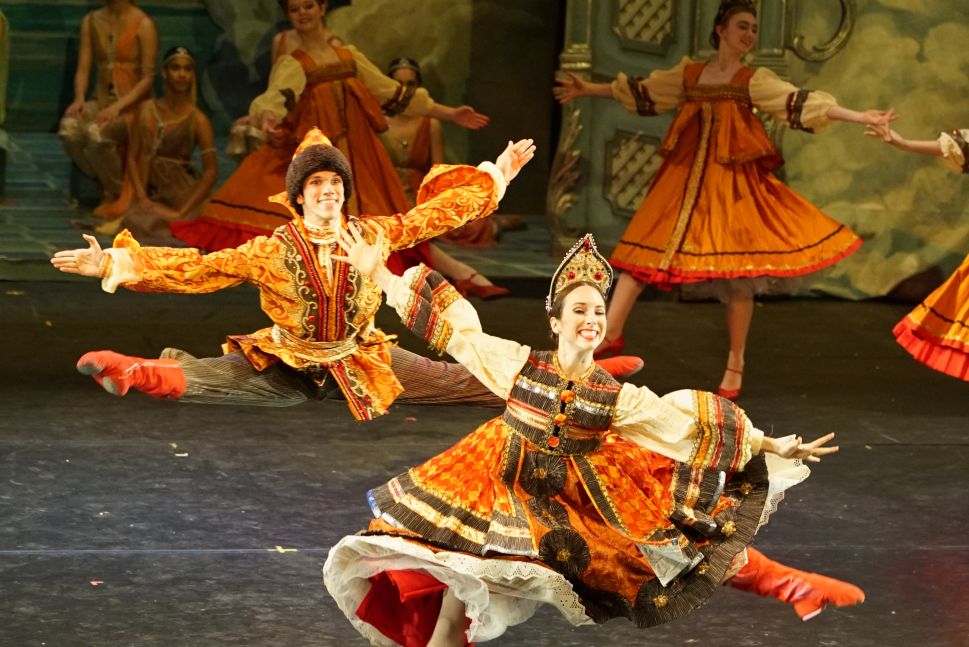