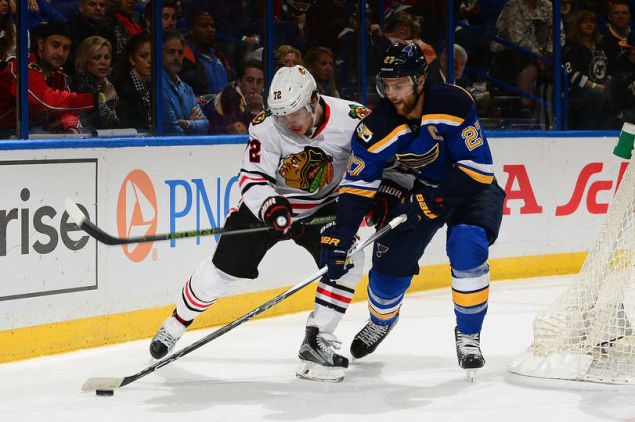 Alex Pietrangelo of the St. Louis Blues and Artemi Panarin of the Chicago Blackhawks. Jeff Curry/NHLI via Getty Images

In the early history of hockey, players took to frozen rivers, lakes and other nature-made icy surfaces to compete in the sport. In 1875, the game moved inside and has, for the most part, remained there until recently. Now an annual tradition has brought hockey back out into the elements.

The NHL Winter Classic, an annual event held on or around New Year’s Day, was born in 2008. It’s a regular-season game held outdoors, generally in a football or baseball stadium. This year the contest will be held at Busch Stadium in St. Louis, Mo., home of Major League Baseball’s St. Louis Cardinals, and will feature rival teams the Chicago Blackhawks and the St. Louis Blues.

Because January 1 falls on a Sunday, the ninth edition of the Winter Classic will not be played on New Year’s Day but will be contested the following day onMonday, January 2. New this year is a second game, the NHL Centennial Classic, and this will be held on January 1 instead. The NHL Centennial Classic serves as a celebration to mark the beginning of the NHL’s 10oth anniversary year.

In the run-up to these two games, a four episode series will give viewers an up-close-and-personal look at the four teams competing.

‘EPIX Presents Road to the NHL Outdoor Classics’ will provide viewers with an intimate look at the athletes and coaches as they strategize on the ice and live their lives away from the spotlight.

Now in its third season, the series is produced by prolific sports producer Ross Greenburg, a 54-time Emmy award winner.

“It’s a little different this year in that because of the addition of the Centennial game we’re following four teams,” explains Greenburg. “But, we’re sticking to the formula that has really made the series so good in the past, and that’s by really going deep into the lives of coaches and players. We’re just doing it with more people this time around.”

Greenburg says that to gain the intimate access necessary to really tell the stories about the teams he and his crew had to attain a high level of trust with the NHL as well as the players and coaches. “They know that we’re not going to impact their ability to prepare and execute at the actual game. What we are going to do is get the sights and sounds of hockey in all its glory on and off the ice.”

To do this, the production team sticks close to the players and coachers for four to five weeks prior to the games.

The tricky part, says Greenburg is the timing. “We have some amazing shooters who get somewhere around 150 to 200 hours of footage in a seven day period. All of this is sent on a daily basis to our New York headquarters where we have four edit rooms set up that are running on an almost continual basis.”

As the footage comes in, an experienced group of storytellers craft the raw material into each hour-long episode, says Greenburg. “It boggles my mind that we’re able to do it.”

He laughs a little as he adds, “It takes a lot of late nights and caffeine to make it happen.”

Greenburg insists that the series isn’t just for people who are currently NHL fans, saying, “This is really for everyone, but for people new to the sport what it does is really showcase the game and why it’s so good. Because we bring cameras into everything, viewers will really get to know the players. Then you see them in these dramatic, fast-paced games because we bring you right down on the ice.”

He likens the series to another successful entity in the sports world. “This is what the National Football League did when they introduced NFL Films in the 60s. Those films brought people into the game in a way that had never been done before and that’s what we’re doing now with hockey.”

Greenburg believes that America’s fascination with sports is best summed up with a familiar saying. “It really is the thrill of victory and the agony of defeat that people are drawn to. They love to feel all the emotions they experience when they watch a hockey game; it’s something that makes you incredibly excited and nervous at the same time, and how can you not love that?”

In a final thought, Greenburg adds, “I mean, I know people are busy, but c’mon, this is a great game with interesting characters and tons of story in it. The bottom line is we’ll take you places you never thought you’d go. Just tune in, because I can assure you, you really don’t want to miss out on this.”

EPIX Presents Road To The NHL Outdoor Classics airs on these dates: 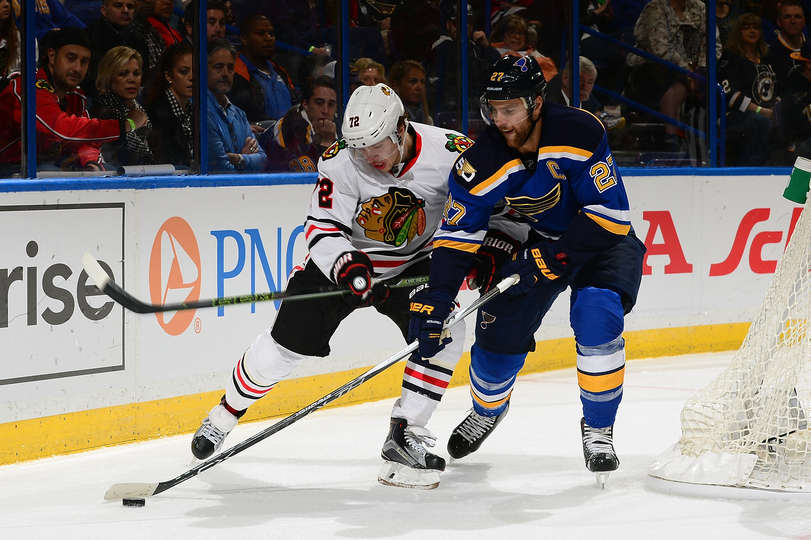