A few weeks ago, Claims from Harvard University professor and failed presidential candidate Lawrence Lessig began going viral. Lessig asserted that the electoral college could, in theory, defect from voting for Donald Trump, and change their votes to Hillary Clinton. This tempting rhetoric was repeated by several mainstream media outlets, cited by pro-Clinton organizations, and praised by Clinton partisans, all clinging on to the false hope that their candidate could still be president. The ploy backfired embarrassingly, as more electors defected from Clinton than Trump in a testament to how unpopular of a candidate she was.

Virtually the only politician to provide constructive introspection on why Clinton lost, and what has led to the Democratic Party losing hundreds of elected offices across the country over the past eight years—including majorities in both houses of Congress—is Sen. Bernie Sanders. The rest of the Party leadership continues to avoid taking any responsibility.

“Today, I proudly cast my vote for Hillary Clinton, the first woman to win the popular vote in a presidential election. She won by a huge margin of several million votes. Hillary Clinton has the real mandate, not Donald Trump,” said New York Democratic elector Stuart Appelbaum in a statement. “She would have been our next president if the constitutional principle of one person, one vote superseded the far less democratic electoral college. We cannot let the electoral college continue to undermine the will of the people. It must be abolished.”

Funny how the same Clinton partisans who attacked Sanders’ proposals as being “pie in the sky” during the Democratic primaries have been throwing Hail Marys in hopes that one of these ploys makes their candidate president.

Clinton’s popular vote victory continues to be cited as evidence that it’s “her turn” but fails to acknowledge that popular vote win could have easily translated to an electoral college win as well—if the Clinton campaign and Democratic National Committee (DNC) didn’t ignore midwest swing states in favor of wasting millions of dollars on voter turnout efforts in Chicago and New Orleans.

That’s how overconfident the Clinton campaign was. Certain of victory, they decided to opt out of running an actual campaign and instead focused on strategies to amplify their assumed lead. This failed, out-of-touch attitude toward winning over voters is why Democrats lost not just the presidency but down-ticket races all over the country. If Clinton’s brand of politics—where entitlement supersedes making actual connections with voters, and speaking to the issues that impact their lives—continues, Democrats will always lose badly.

There has seemingly been more enthusiasm for Clinton’s candidacy after she lost the election than before it, as Clinton partisans obsess over ways to make her president instead of Trump. Such enthusiasm would be best served to help fix what’s broken within the Democratic Party and the undemocratic manners by which it is run, rather than lashing out at the threats to her coronation.

Hillary Clinton will never be president. Obsessing over how unfair and cheated she was by touting the popular vote, and diverting blame to various scapegoats does nothing to hold Trump accountable or improve the Democratic Party.  And this acceptance needs to be done in tandem with abandoning the Clintons and the thought of Hillary Clinton leading the Democratic Party entirely. It’s over. 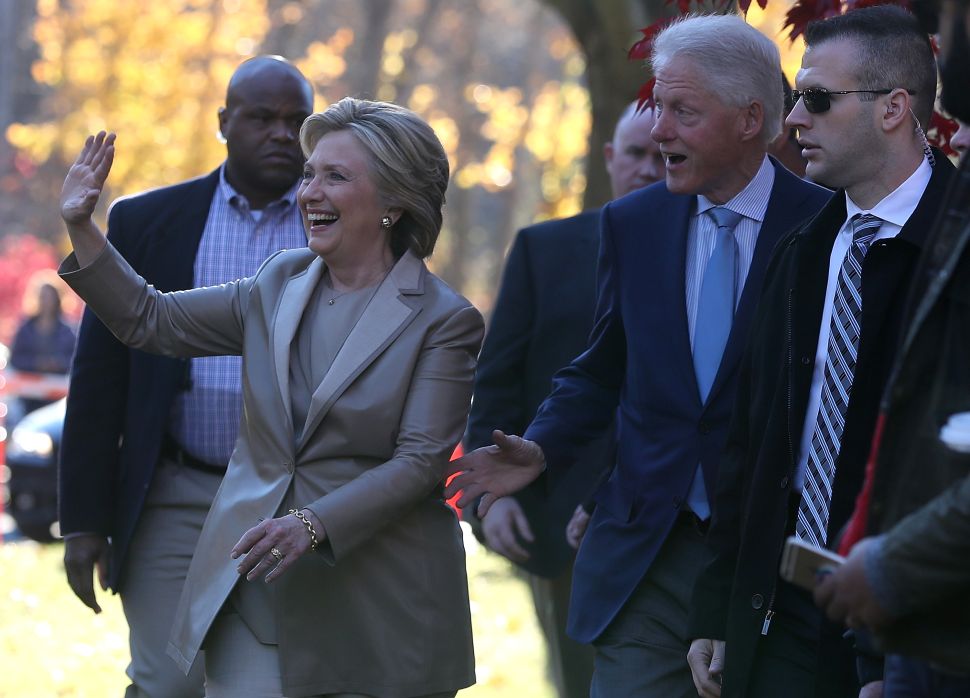