She may have lost the election, but Hillary Clinton can take comfort in the fact that she dominated the political conversation on Twitter in 2016.

This week the social network released #ThisHappened, a look back at the year in tweets—and when it came to politics Twitter, even perpetual tweeter and President-elect Donald Trump couldn’t keep up with his opponent.

A hopeful excerpt from Clinton’s concession speech was the most retweeted political message of the year—it was also favorited more than one million times:

"To all the little girls watching…never doubt that you are valuable and powerful & deserving of every chance & opportunity in the world."

Clinton also took the number two spot for this catty message to her opponent:

Trump came in third with this simple message to his supporters on Election Day:

Vice President Joe Biden placed fourth for this August tweet in which he made his bromance with President Barack Obama public:

Happy 55th, Barack! A brother to me, a best friend forever. pic.twitter.com/uNsxouTKOO

In fact, many tweets on the list reflect how much voters will miss Obama when he leaves office—the 2012 tweet celebrating his reelection win is still among the top 10 political retweets four years later (number seven, to be exact):

Surprisingly, however, #Election2016 was not the year’s most popular trending topic—#Rio2016 ended up taking the gold medal thanks to nonstop Olympics coverage.

Among the year’s other top hashtags were #PokemonGo, #Brexit, #BlackLivesMatter and #RIP (because of the large number of celebrity deaths).

In pop culture news, Game of Thrones was the trendiest TV show, and the Oscars were the most popular award show on the social network. 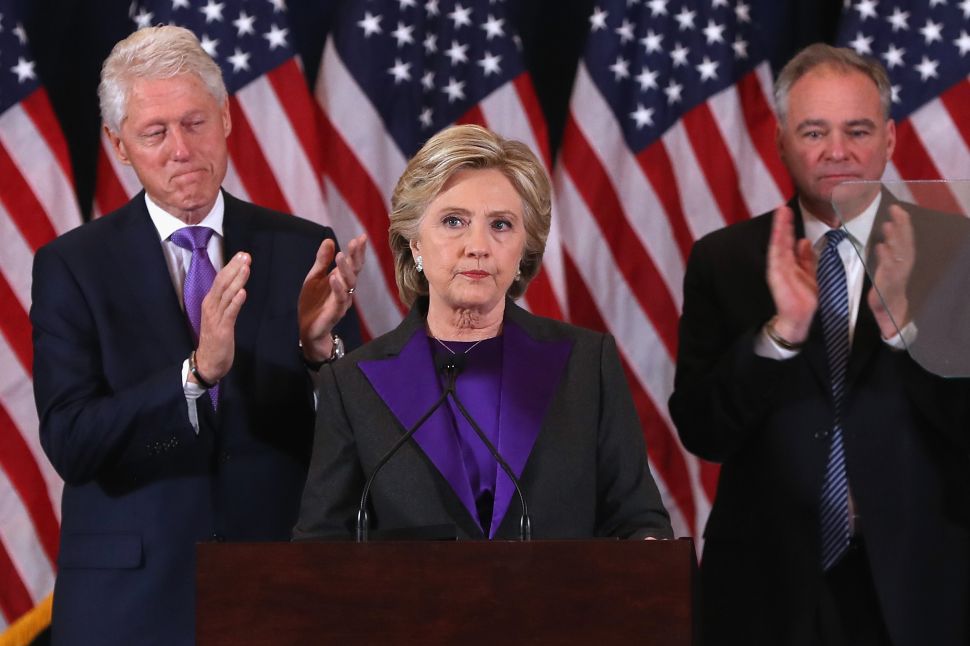