“Society is unprepared for the technological advances taking place, not to mention the ones to come in the next 10, 20 or 30 years.”

Wired contributing editor Jeff Howe made this pessimistic pronouncement during a recent phone interview with the Observer. Howe, a visiting scholar at the MIT Media Lab (who also coined the term “crowdsourcing” in a Wired article) analyzes the factors that will shape this uncertain future in the new book he co-authored, Whiplash.

Howe and co-author, Media Lab director Joi Ito, rely on sources ranging from Alan Turing to Wikipedia to make the case that humanity is hurtling towards a “faster future,” and there’s no turning back.

“People have to change more than surface ideas,” Howe, who’s also assistant professor and director of the Media Innovation program at Northeastern University, told the Observer. “They have to fundamentally change the way they think about the world.”

“Most of the decisions we make aren’t made on the basis of conscious thought, they’re made on presumptions that were once safe to make,” Howe elaborated. “But they’re no longer safe to make, and now they’ll get us into trouble.”

One of the main areas where humans have gotten into trouble in recent years is cybersecurity. The book’s main example is Stuxnet, a computer worm developed by the Bush administration to sabotage Iran’s nuclear program. Fifty-nine percent of Iran’s computers were infected and almost 1,000 oil centrifuges were destroyed; computers in other countries, including the United States, were also infiltrated.

In order for humans to fight against these unseen dangers, they need to work together and prize “Resilience Over Strength,” in the book’s words.

“Strength is a very limited virtue, because it can only be used against known threats. Cyber threats aren’t known,” Howe said. “The offense has all the cards, so the defense has to play a completely different game. Communities are enormously resilient in a way individuals aren’t.”

Another way that humans have shown resiliency, according to the book, is that they have become their own authorities in the internet age. In the section “Emergence Over Authority,” the authors shift their focus from digital threats to digital tools. They contrast the Encyclopedia Britannica, “an authoritative collection of experts,” with Wikipedia, “a self-organizing community of bookworms for the common good.”

“The group intelligence exhibits behaviors or traits that individuals never could,” Howe said.

This is particularly true in the classroom—while many professors (including Howe) frown on Wikipedia as an academic source in itself, he said the fact that it includes a built-in list of references at the bottom of each page was a huge asset.

“Its genius is to create a bibliography and a lattice of sourcework,” Howe said. “The more controversial the discourse around a subject, the bigger that lattice is.”

Wikipedia also makes an appearance in the “Pull Over Push” section, when the authors contrast it with Encarta, Microsoft’s annually updated digital encyclopedia, which was discontinued in 2009 because it proved irrelevant in the age of Wikipedia’s instant updates. In the book’s parlance, while Encarta was only pushed out at certain times (i.e. when software was updated), Wikipedia is more successful because people can pull information from it whenever they want.

“Information is an always changing living thing, and Wikipedia is more native to its medium,” Howe said.

The onus is on humans to keep up with these powerful online tools, whether they’re used for good or ill—even if that means rejecting societal norms. In the section called “Disobedience Over Compliance,” the authors actually go all the way back to World War II to make their point: British computer scientist Alan Turing was tasked with breaking Germany’s Enigma code, which was used to translate all military messsages. Instead of just doing math problems as his superiors expected, he built his own Enigma machine to work through the coded messages the German army sent every day. The work Turing and his team did to break the code hastened the end of World War II.

“Most of the noise and convention that you are going to encounter in an institution is quickly outdated and will get you into trouble,” Howe said. “Machines have gotten very powerful and are getting more powerful more quickly, but sometimes you need a human to think independently.” 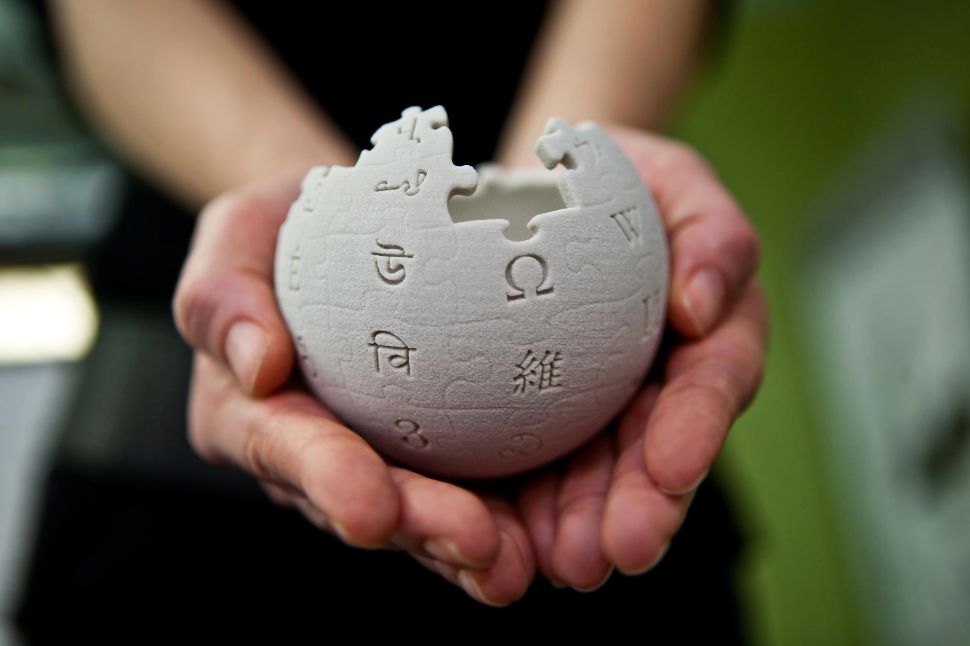