Unless you pay particularly close attention to the suicide videos that auto-play in your Twitter feed, you might be surprised this morning to see Netflix debuted another original series, titled The OA (That’s pronounced “Oh, AY”, not the much more appropriate “Oh, uh?”). While SURPRISE releases were 2016’s hottest trend — thanks to Beyonce and her fellow sex symbol Louis C.K. — The OA doesn’t exactly feel savvy; less “artistic move,” more the creators noticed Stranger Things was also a sci-fi series featuring a quirky band of kids and were like, “shit, Netflix, just take this. Take whatever we have right now. Doesn’t even matter anymore.”

The resulting series plays like a somehow more pretentious Sense8, if the Wachowskis had decided “no, give the audience less information.” Netflix leaned hard into the darker aspects of The OA, tweeting out a morbid “have you seen death?” in lieu of an actual plot description. Some reviews are already calling this “extraordinary.” To its credit, it does deal with *themes*. It offers super-deep life-advice to super-troubled characters. It hops between time and possibly space. The OA is a capital-letter Very Serious sci-fi show, that we should all take Very Seriously.

I cannot stop laughing at The OA.

I’m only going to discuss “Homecoming,” the series’ debut episode, because like Kevin Hart or crack cocaine The OA is best consumed in small doses. Brit Marling (who co-created the series with alleged real-person Zal Batmanglij) stars a Prairie Johnson, a blind girl who disappeared from her foster home for 7 years, 11 months, and 3 days. She reemerges after 7 years, 11 months and 3 days later, refusing to offer details on where she’s been or why, apparently, she can see perfectly fine. Another new quirk: Prairie does not want to be called Prairie. “I’m the OA,” she responds, anytime another characters asks her name. This interaction happens, without exaggeration, at least four times. No one questions it. Prairie is just like “I’m the OA” and everyone around her is like “whelp, that’s not right, but what can you do.”

Prairie (The OA), is obsessed with returning to wherever it was she’s been for the last 7 years; she monologues into a cam-corder, documenting messages for a mysterious “Homer”: “I’m scared, Homer,” she says. “There are moments where I think I made you up.” It’s revealed later that Homer is a former college football player who suffered an in-game injury that led to a coma and miraculous recovery. Just…keep all that in the back of your mind.

You can actually see precise moments where actor Patrick Gibson strains himself to the limit to try and make Steve sound like a real-life human-person, but the script paints such a stock “troubled bully” character I’m shocked it’s not eventually revealed he’s in Cobra Kai. You bet he punches holes in his bedroom wall because his parents don’t understand his rage. You better believe he punches a choir singer in the throat because the girl he likes just happens to be into choir singers. “Aren’t they all, like, gay?” Steve asks, Steve-like. If you think for one second Steve does NOT have an attack dog named Axel, you’re dead wrong. No, honestly, at one point Steve yells “Attack!” and the dog pounces on Prairie (The OA). It is quite possibly the funniest scene of 2016, and has provided me with a screenshot I will use for the rest of my life: 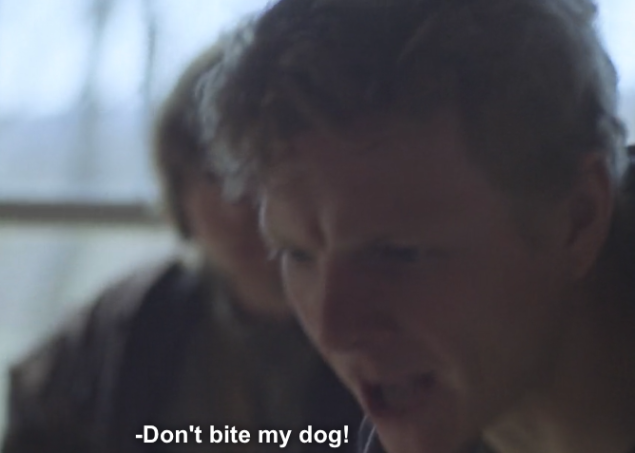 Right, okay: Steve is saying this because Prairie (The OA) bites his attack dog into submission. It’s all either very mysterious or very stupid, depending on your tastes. I had, at this point, fallen deeply in love with this beautiful mess. This is roughly 15 minutes in. Let’s fast way-the-fuck-forward:

Steve and Prairie, bonded by the age-old tradition of dog-on-human grappling, strike up a deal. Prairie needs five participants who are “strong and brave” like Steve–despite there being zero evidence of Steve being either–to get where she needs to go. In return, Prairie will pose as Steve’s foster mother and convince his teacher to not expel him for the aforementioned throat-punching incident. This works like a charm because the creators of this show have never heard of the “show don’t tell” rule, so every piece of mystical cult-like advice Prairie spouts is, somehow, life-changing for the people who hear it. Here is a paraphrased version of Steve’s teacher (played by Phyllis Smith) meeting with Prairie:

Teacher: Steve is a literal menace. He punched a kid in his throat. I am reasonably sure he will eventually kill someone, possibly me.

Prairie: Why did you even become a teacher if you’re not willing to teach those who can’t be teached?

Prairie: Call me the OA.

Throughout all of this, we essentially learn nothing. Characters alternate between saying lines that are cliche and lines that don’t make sense; occasionally, defying all logic, they do both at the same time. Eventually, Steve puts together three willing participants–think the Stranger Things kids with all character and personality sucked out of them–to meet in an abandoned house, as per Prairie’s wishes. Unfortunately, her plan–whatever it is, we still do NOT know at this point–requires five people.

Steve’s teacher, the one from before, the one played by Phyllis Smith, straight shows up to this abandoned house and is basically like, “room for one more?” It’s amazing. I can not believe this show exists. I stood and applauded. Oh, man. Do you know what happens next? Do you know what we get? I’ll give you three guess. Do you think it’s an explanation or, like, the semblance of a cohesive plot? Nope.

We get the opening credits of the show. 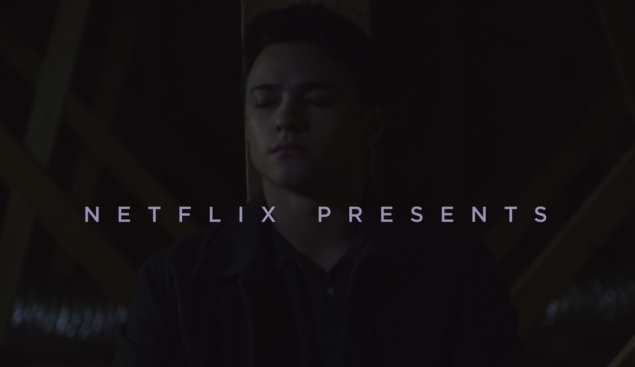 Yes, everything that came before — the mysterious blind girl, the throat-punching, the philosophical mush-mouth — was actually a 57-minute cold open, and the story hasn’t even started yet. Would you believe me if I said within a minute of that screenshot up there, we’ve somehow landed in 1980s Russia? Would you believe with around five minutes left of this episode a small Russian girl jumps into a frozen lake? Would you like me to provide context, any whatsoever, for the following GIF, which I promise is from the final moments of “Homecoming”?

I can’t. The OA defies things like “context” or “explanations” or “narrative cohesion.” I can promise that the last minute or so of this episode is one of the hardest left turns I’ve ever seen, and then there’s seven more episodes. Jason Isaacs shows up, eventually!

Oh, man. If we take The OA exactly 1000 times less seriously than The OA takes itself, we might have found the best show of 2016. Just in time. 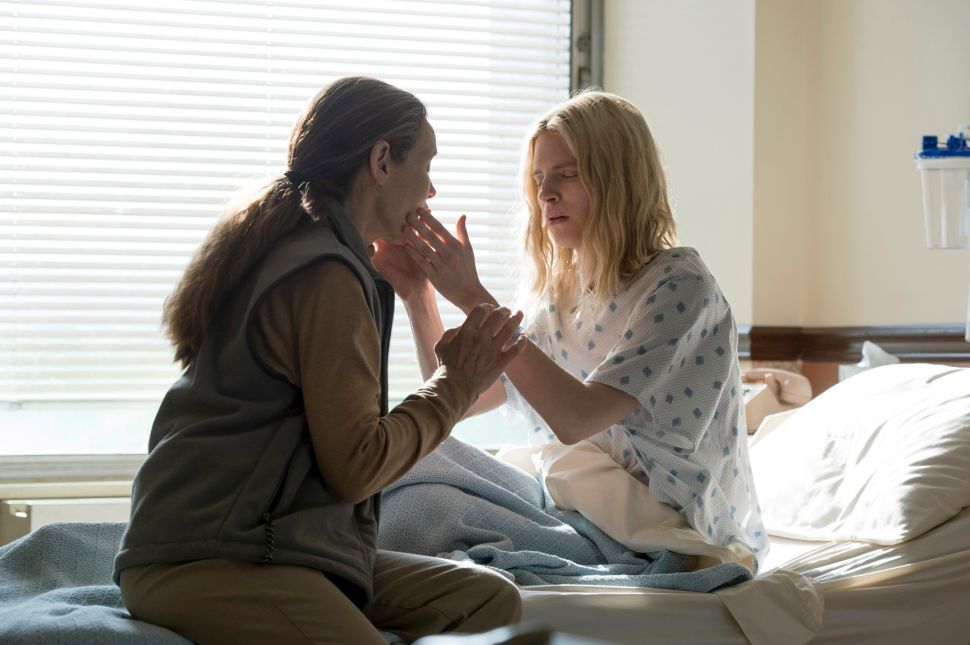