As an executive recruiter based outside of Chicago, I’ve watched as businesses and residents have been fleeing my home state for years. Now, the United States Census Bureau has confirmed my worst suspicions. Between July 1, 2015, and July 1, 2016 Illinois lost more population than any other state, down by 37,508 residents. This is the third consecutive year that we’ve led the nation in this dubious distinction, which calculates the net effects of births, deaths, immigration from overseas, and domestic migration.

So what could cause residents of a particular state to flee like rats abandoning a sinking ship? According to Roger Keats a former Republican Illinois State Senator who decided to leave his longtime home to retire in Texas, the cause is, “Corruption and taxes. It isn’t just high taxes, it is the shitty government you get for the high taxes.”

As is the case in New York, politics and government in Illinois are dominated by the overwhelmingly large population of its biggest city. According to Keats, “As long as the voters in Chicago don’t care about open corruption, crap schools, high property taxes and dangerous streets, nothing will improve. The Chicago electorate votes over 80% for the crooks and that is enough to dominate the state.”

The average income of those leaving Illinois greatly exceeds that of those coming in.

By crooks, Keats is referring to the notoriously corrupt Illinois political class of both parties. Of the 10 governors who have served since 1961, four have gone to prison. Since the 1970s scores of state office holders and Chicago aldermen have been indicted or convicted of various offenses.

The city of Chicago has experienced one-party rule seemingly forever and, ironically, some of the groups that offer the strongest support for its current Democratic leadership are those that suffer the most under existing policies. For instance, according to an analysis by the Economic Policy Institute, Illinois has the highest black unemployment rate in the country, currently at 14.2%. Driven by conditions in Chicago, the state has held this distinction for 15 consecutive months. Factor in the chronically under-performing Chicago public schools and the record setting pace of shootings and murders on the city’s largely black south and west sides and it isn’t any wonder that African Americans are eager to find more hospitable places to live.

Throughout the 1990s Chicago’s population was buoyed by immigrants from Mexico, both legal and illegal, but that trend has declined as those migrants seek out more abundant employment opportunities, cheaper housing, and lower taxes in the Sun Belt. This may be one of the reasons that Mayor Rahm Emanuel has openly defied federal immigration laws to create a sanctuary in Chicago.

In announcing a defense fund to aid illegal immigrants Emanuel recently said. “Let me be clear about what Chicago is. It always will be a sanctuary city.” He assured those facing federal deportation, “You are safe in Chicago.”

Using taxpayer dollars to pay for the legal defense of low wage workers defying immigration laws may help among the mayor’s liberal voter base, but it will only exacerbate another growing problem within the state. According to an analysis of Internal Revenue Service data conducted by the Illinois Policy Institute, the average income of those leaving Illinois greatly exceeds that of those coming in – and the illegal immigrants Mayor Emanuel is so keen to attract and keep make far less than that average.

According to IPI, beginning around the time Illinois enacted a 67% income tax increase in 2011, the state experienced a record wealth flight. Those leaving the state have incomes far exceeding those coming in and that gap has increased since the time of the tax increase. For the most recent year available, the income of those leaving the state averaged $77,000, while the income of those coming in was only $57,000. That $20,000 gap is the highest on record.

If current trends continue, Illinois risks losing power, influence and federal dollars relative to other states. The state currently ranks fifth in population, just ahead of Pennsylvania. While Pennsylvania is losing population, too, the Keystone State is likely to pass the Land of Lincoln by the time of the next reapportionment and states like Georgia and North Carolina are gaining rapidly. Illinois lost a Congressional seat in each of the last two reapportionments and is likely to lose at least one more in the next one as well.

So we’ve got a corruptly managed state that is losing population, wealth, and influence while overtaxing its residents and losing businesses to other states. When I started my own business here over 15 years ago, I depended largely on clients in Chicago and the northern suburbs. Over time, virtually all of my business moved to clients in other states. In this day and age, I can keep in regular contact via telephone and email with intermittent flights as necessary for face-to-face meetings. I can run my business from anywhere. It is becoming harder and harder for businesspeople like me to justify staying in Illinois to operate. It’s becoming hard for anybody to justify for any reason.

Keith Liscio is the president of Patrickson-Hirsch Associates, an Executive Search firm specializing in the placement of marketing executives at consumer-focused organizations. He is a resident of Illinois’ 9th congressional district and a longtime observer of Illinois politics. 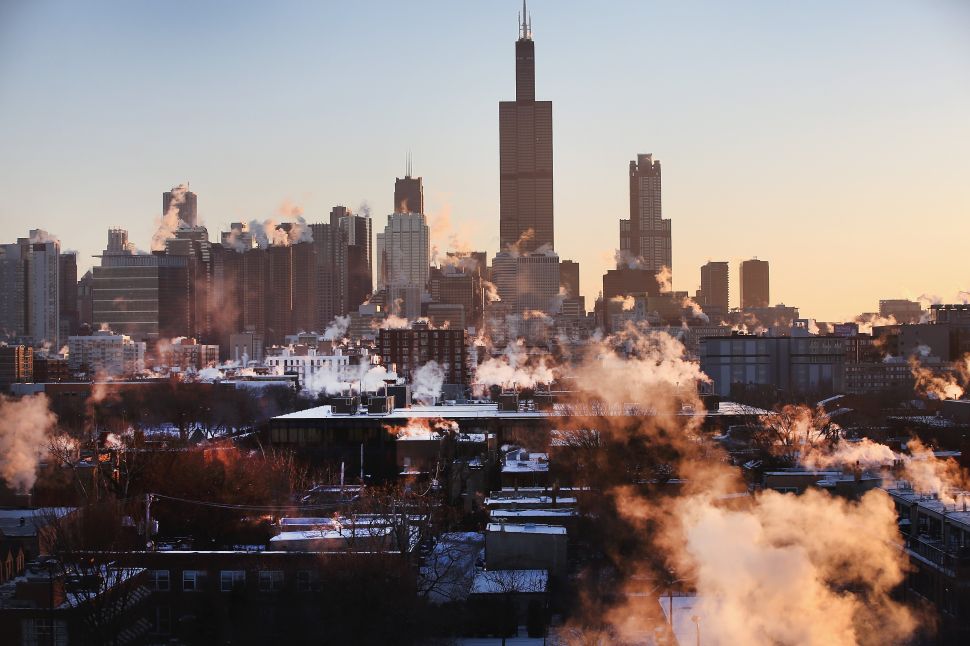