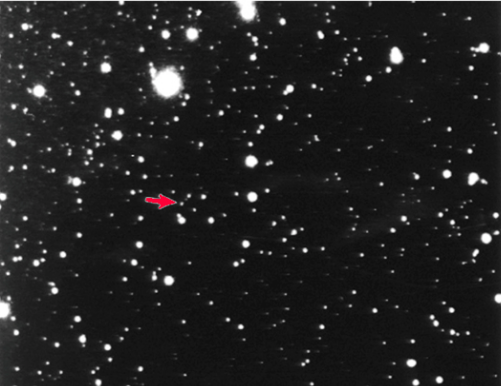 In the late 19th century, astronomers began to speculate that Uranus's orbit was being disturbed by another planet besides Neptune. In 1906, Lowell Observatory founder Percival Lowell began the search for that planet, then referred to as "Planet X." He died without knowing that his surveys had captured two faint images of Pluto in 1915. At the time they were not recognized for what they were, and a legal battle with the observatory over this work prevented anyone else from working on it after his death. This was until Clyde Tombaugh was given the information and tasked to find the planet. By examining pairs of photos to determine whether any objects had shifted position, he discovered pluto in 1930. 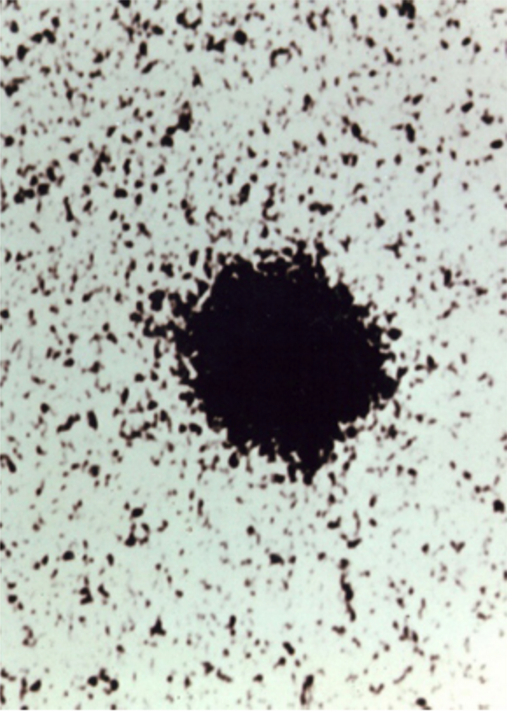 In 1978, Astronomer James W. Christy noticed Pluto appeared elongated in some images and like a round dot in others. After eliminating plate defects and background stars as an explanation for the elongation, the only plausible explanation was that they were caused by a previously unknown moon orbiting Pluto. Using the above photo, he discovered Pluto's moon Charon. 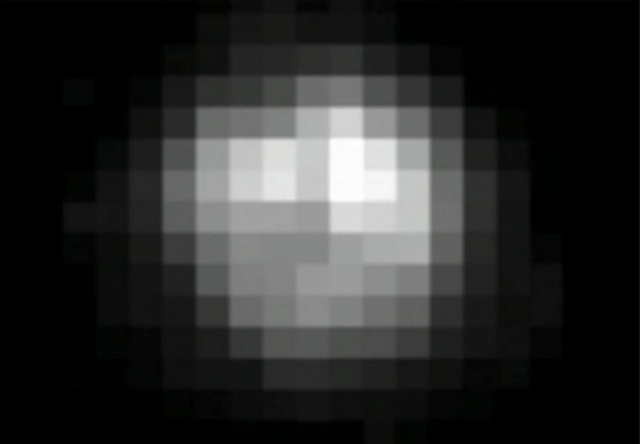 This image, taken by the Hubble Telescope, was a revolutionary look at Pluto. It was taken shortly before it was discovered there are many bodies orbiting in the same area as Pluto, showing that Pluto is part of a population of objects called the Kuiper belt--the discovery that eventually led to its declassification as a planet. 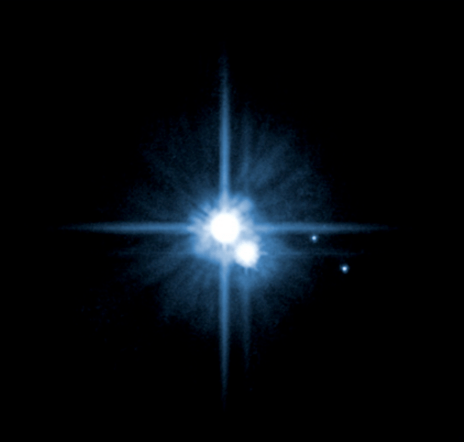 This photo was taken by the New Horizons interplanetary space probe 11 months after it launched. 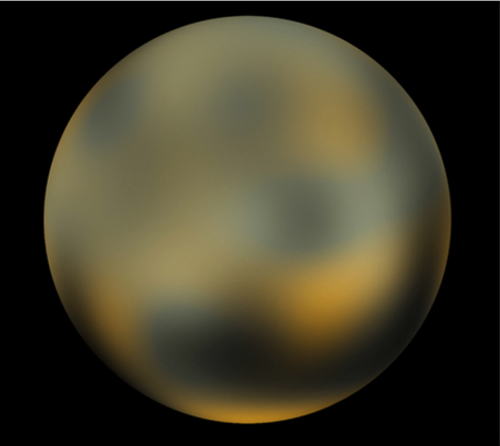 Seven years later, the New Horizons probe was still on its way to Pluto and captured this image. 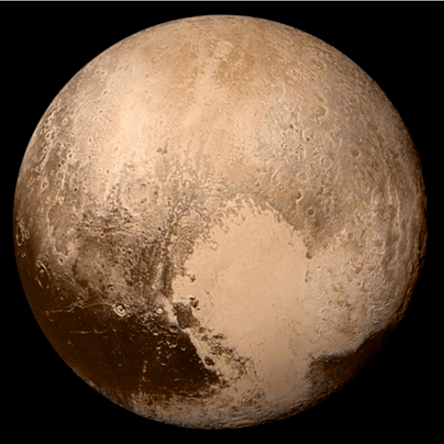 Two years later (a total of nine years after launch), the probe finally passed Pluto and captured this photo with amazing detail. 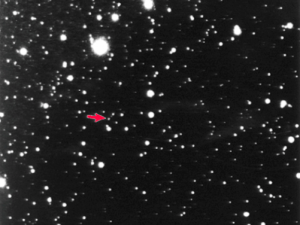 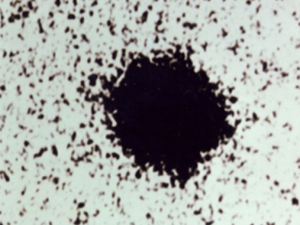 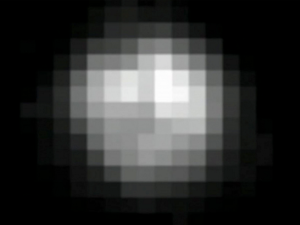 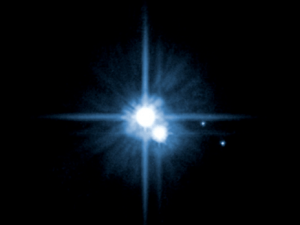 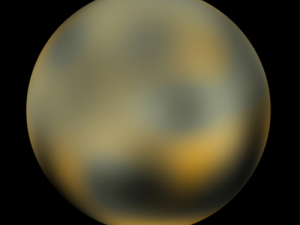 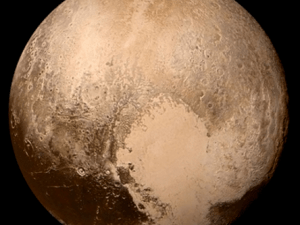 Pluto is considered one of the more fascinating planets (even though it’s technically a dwarf planet), and it’s not just because of how far away it is.

In recent years, it’s not only been discovered and demoted but has also come into view. We’ve gone from having nothing more than a blurry speck to an up-close and incredibly detailed photo of Pluto.

Today on the Subreddit r/SpacePorn, a post took a look at the images of Pluto from its discovery to last year, when the New Horizons probe finally passed by after an 11-year trip. Flip through the slides to see Pluto throughout the years.