Imagined Dialogue For’ is our series by the hilarious and talented Chris Scott, of Reviews of Movies I Haven’t Seen fame. Next up? Chris takes a stab at guessing what happens in the new Star Wars prequel, Rogue One.

JYN ERSO: If we don’t get the Death Star plans in time, all hope will be lost!

JYN: You’re right, of course. Also I know this is an urgent situation but can we just take a step back real quick and point out how amazing this triple sunset is?

CASSIAN: Haha, I was just thinking the same thing, Jyn. Like, with everything going on, at the end of the day it’s really incredible we get to fly literal spaceships around the universe whenever we feel like it.

JYN: Right?? I’ve visited at least 50 different planets in my lifetime. It’s not the kind of thing we should ever take for granted.

CASSIAN: Like literally whenever I feel like it, I can go see the most jaw-droppingly gorgeous and astounding things in the universe. The sheer beauty of it all is downright overwhelming.

JYN: And don’t even get me started on all the awesome people we’ve met along the way.

JYN: And by people I of course mean hundreds upon hundreds of different alien species, all of them wonderful and unique in their own ways, with an incredibly diverse array of cultures and values and backgrounds. It is truly a gift to be alive.

CASSIAN: Yes! That’s exactly the right way to put it. It’s a gift.

JYN: The vegetation on this planet! I’ve never seen anything like this!

CASSIAN: Here’s something I’ve been thinking a lot about lately.

CASSIAN: Like, we don’t HAVE to be alive right now, experiencing all of this. It’s all just random chance.

JYN: Yes! And yet here we are!

CASSIAN: It is so cool. Like seriously, pinch me.

CASSIAN: Let me ask you this, Jyn. Have you ever seen a star go nova, like up close?

JYN: Um, YES. Can we talk about that for a minute?

CASSIAN: An entire star exploding in the most powerful blast in the universe, releasing untold amounts of energy in every direction. I remember the first supernova I saw. I cried.

JYN: You can’t NOT cry when you see something that amazing. I’m sorry.

CASSIAN: Every day is a treasure, and I honestly don’t feel worthy of it.

JYN: Nobody’s worthy of the sheer magnitude of the awesome things we get to see and do whenever we feel like it.

EXT. THE MOST INCREDIBLE PLANET YOU CAN POSSIBLY IMAGINE.

CASSIAN: Ok, I need to just sit down for a minute.

CASSIAN: There are five moons in the sky right now. Five.

JYN: Six actually. It’s a little faint but you can see it just over there.

CASSIAN: And here’s the thing.

CASSIAN: Right now, at this very moment, if we felt like it we could hop on a spaceship and go to a completely other, different planet. Like we could just DO THAT.

CASSIAN: Like, I almost want to claw all my skin off so every nerve ending is fully exposed to the spectacular majesty of the universe and all its infinite splendor.

JYN: I want to transcend into an omnipotent ball of energy capable of experiencing and seeing all things at once.

CASSIAN: That is the dream. One hundred percent.

EXT. BASICALLY HEAVEN. LIKE IMAGINE WHAT YOU THINK HEAVEN LOOKS LIKE AND THAT’S WHAT THIS PLANET ESSENTIALLY IS.

CASSIAN: [OPENLY WEEPING] Just tell me what I did in a past life to deserve any of this.

JYN: Those cliffs are quite literally dozens of miles tall. It doesn’t seem possible.

CASSIAN: That ocean is purple for god’s sakes. PURPLE.

JYN: Listen to me: Anything is possible.

CASSIAN: It really is. I have to keep reminding myself that.

JYN: Each day of our lives is bursting at the seams with possibility and adventure. We could be dead, but instead we are alive. Here. Of all places.

CASSIAN: And not only are we alive, but we have the intelligence to process and contemplate it. Like we could’ve been spiders or something.

CASSIAN: Oh definitely. But a spider probably doesn’t even realize it’s a spider, if that makes sense.

JYN: It makes a lot of sense.

CASSIAN: Holy SHIT! JYN! I just want to run around until I’m completely exhausted and can’t take another step.

JYN: Dude, we should totally do that. Let’s have a foot race through the most beautiful jungle I’ve ever laid eyes on. I mean, how many chances like this are we gonna get? 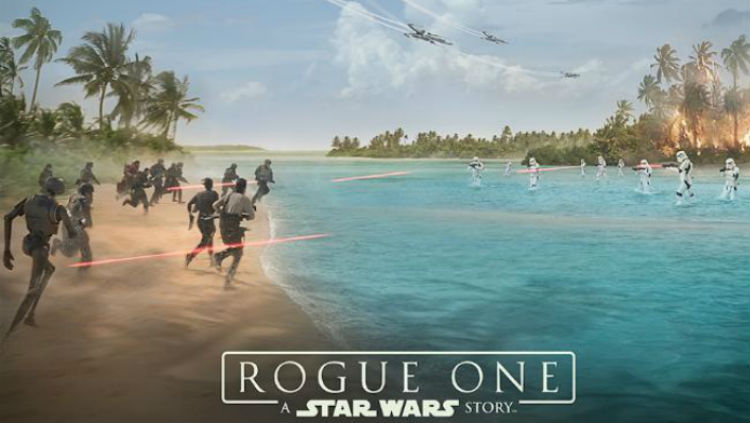