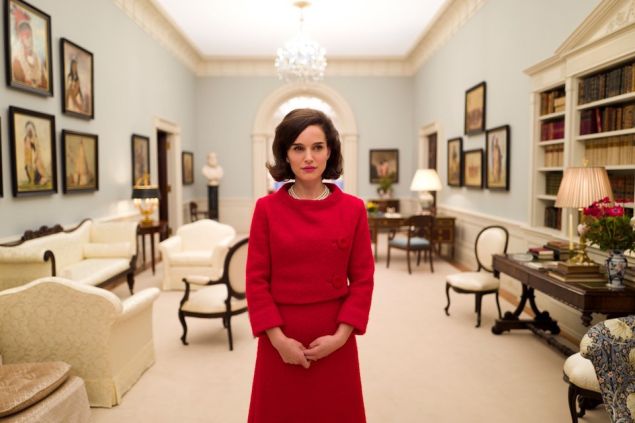 An intelligent, meticulously researched and genuinely touching star performance by Natalie Portman informs and enlivens every scene in Jackie, but more than just a competently told but revealing entertainment about first lady Jacqueline Bouvier Kennedy, this biopic is a carefully compiled dossier on the life of an ordinary woman in extraordinary times whose dignity and grace under pressure humbled the world at the time and influenced future generations without planning to.

Third youngest of the 29 wives who lived in the White House (following her lead, Michelle Obama is still calling it the “people’s house” to share its history with all proud Americans), Kennedy’s humanity is revealed in a semi-documentary style that shows multiple sides of a beautiful wife and mother who also happened to be caught in the tragic headlights of history. It was the brutality of unimaginable fate more than anything else that linked the Kennedys with Camelot and cast Jackie as a reluctant Guinevere, but Chilean director Pablo Larrain makes it clear that she was no porcelain doll. Jackie was a poised, dignified public figure placed under punishing scrutiny who learned to become a legend on the job.

The carefully calibrated screenplay by Noel Oppenheim frames the film’s events around Theodore H. White’s famous Life magazine interview in the first lady’s home in Hyannis Port, Massachusetts, one week after the president’s assassination in 1963. It moves fluidly from her words on arrival in Dallas the morning of the murder that changed the course of history to her proud, passionate, personally guided tour of the White House two years earlier on CBS-TV. You share private moments of happiness and horror throughout her husband’s brief administration. You hear the gun like a firecracker and witness her inexplicable expression of disbelief and suppressed hysteria, wiping the blood from her face in the motorcade with the president’s face buried in her lap.

Other impressive scenes are staged during JFK’s burial at Arlington National Cemetery, after she defied every government adviser and the Secret Service, demanding that she and Attorney General Robert F. Kennedy walk the entire distance from the funeral to the grave beside the coffin while the entire world watched her every move on television. Most moving are the days when she prepared to exit the White House for the last time, while its new occupants, the incumbent Lyndon B. Johnsons, were ready to move in. LBJ’s hastily arranged, impromptu inauguration ceremony following the shooting is especially poignant since it shows Jackie, suddenly stripped of her status, turned into an immediate object of curiosity by the press as well as an instant outsider. In Portman’s multilayered performance, she’s grief-stricken and polite, but much tougher than generally perceived, to the point of coldness, cognizant and almost rude, as she makes sure the memories from her point of view are recorded precisely as she orders, without the possibility of editorializing by the media—a dramatic contrast to the awkward but camera-ready ingénue depicted a year earlier in the White House telecast.

John Hurt has a few poignant scenes as a priest Jackie consults for advice and spiritual guidance, and there are strong contributions by Peter Sarsgaard as attorney general Bobby Kennedy, Greta Gerwig as Jackie’s secretary and confidante Nancy Tuckerman, and Billy Crudup as the interviewer who gets the sharp edge of Jackie’s tongue when his questions get personal.

“You’ll have to share something personal eventually—people won’t stop asking until you do,” he prods. Her brow furrows.

“And if I don’t—they’ll interpret my silence however they want,” she snaps, holding back tears but showing her anger. She was a magazine cover, but no fading candy violet.

In Portman’s sweeping portrayal, some surprises emerge that contrast with our world view: notably her relationship with her brother-in-law and Bobby Kennedy’s inability to mask his frustration and disappointment when his brother’s assassination impedes his own political plans and Kennedy-family ambitions. (The scene where Jackie tells him off at last before the funeral is a shocker.) Back in Washington after the killing, in her private anguish, removing her bloody silk stockings and pink suit, chain smoking in bed after washing the blood off in a hot shower, then trying to explain what happened to Caroline and John-John, she seems less an icon and more like a real woman, questioning her own role as a distraught wife, mother and widow, looking to history for clues to what they did when their husbands were killed in office. In the process, she proves why JFK was more than just a ghost or storybook legend.

Never embroidered or rehearsed, the way so many biopics are, this is a wonderful movie that feels freshly observed, like an uninvited peek through some forbidden White House keyhole, at the woman we called Jackie. 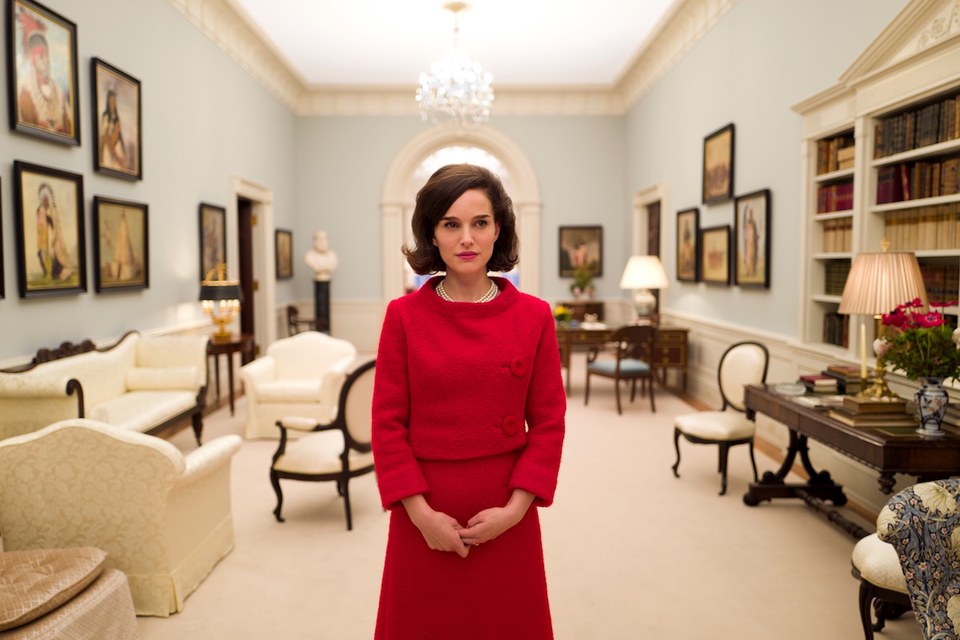