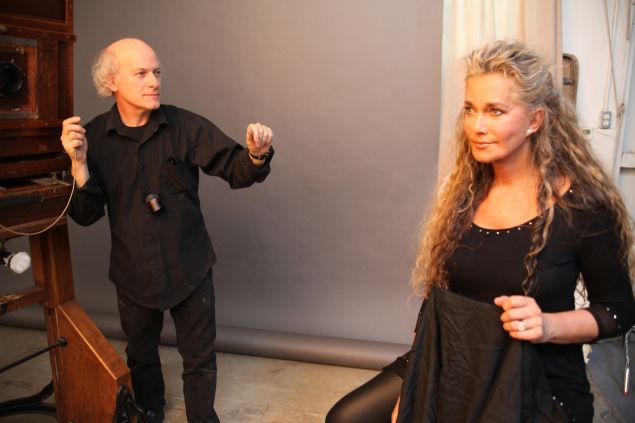 I saw The Trans List at the Paley Center in Midtown shortly after Donald Trump had been named President-elect. The 11 interviews shared in the 57-minute documentary had been filmed prior to Trump’s win, but the screening itself had a noticeable overtone of something between dread and despair. Everyone in that theater was, more likely than not, extremely aware of what the election’s results meant for both the interviewees and the hundreds of thousands of trans people in America. But in watching the film, it’s clear that determination and resilience — not fear — is what’s driven the depicted individuals to achieve so much in their lives, both for themselves and for their communities.

Directed by photographer and filmmaker Timothy Greenfield-Sanders, The Trans List operates similarly to the others in his List series. Like The Latino List (2011), The Out List (2013) and the three volumes of The Black List (2008, 2009, and 2010), The Trans List consists of several interviews with trans and nonbinary people. Rather than having someone else narrate (perhaps a cisgender person) as so often happens with marginalized groups, their stories are told in their own voices, in their own words.

There are a couple instantly recognizable faces, even to those who might be totally unfamiliar with trans issues (namely, Laverne Cox and Caitlyn Jenner), as well as interviewees who are especially famous in the LGBTQ+ community. Participants include advocate and speaker Bamby Salcedo; community leader Miss Major Griffin-Gracy; U.S. Army Sergeant Shane Ortega; photographer and Original Plumbing editor-in-chief Amos Mac; Trans People Of Color Coalition executive director Kylar Broadus; college student Nicole Maines; model Caroline Cossey; adult film star and author Buck Angel; and poet Alok Vaid-Menon. Note: Nearly every one of these names also has the descriptor “activist” in front of them, as these participants have been strong voices for their communities.

The Trans List moves seamlessly between drastically different stories, from prominent lawyer and activist Kylar Broadus’ realization that he was a trans man after reading an article on Billy Tipton to British tabloid News of the World’s extremely public outing of model and Bond girl Caroline Cossey. We hear from both Miss Major Griffin-Gracy, a prominent Black trans activist present at the Stonewall Rebellion, and Bamby Salcedo, a celebrated activist devoted to fighting for trans, Latina, and immigrant rights throughout her life.

We also get to see younger trans activists interviewed, including teenager and student Nicole Maines, who won a landmark lawsuit against the Orono school district in Maine in 2014 after she faced discrimination simply for wanting to use the girl’s bathroom — an issue that is still depressingly relevant in 2016 and will likely continue to be disputed by politicians for the next several years.

Though the interviews go one by one, moments in individual interviews foreshadow others. For instance, Salcedo chokes up during the end of her interview while talking about trans and nonbinary youth. “One of the proudest moments that I continue to feel is when I see the transformation of a young person, seeing them build up, seeing them transform themselves,” Salcedo says. “I feel like a proud mama.” Later, when Maines is on screen and delivering a powerful message about self-advocacy and not settling for inequality, you can feel exactly how much strength accompanies being her authentic self, both independently and with the support of her loved ones. 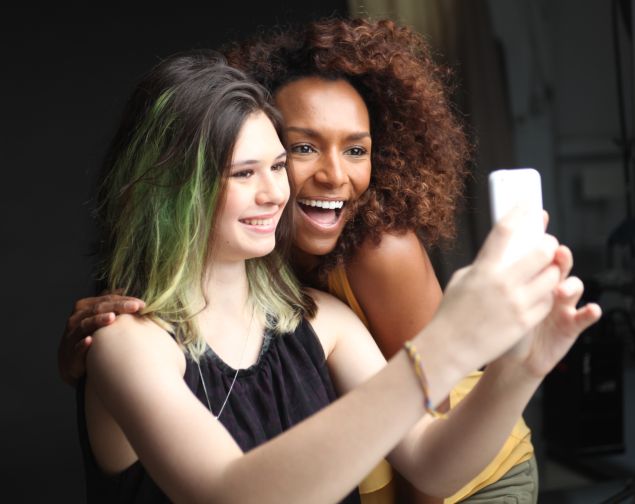 One of the qualities that makes The Trans List so incredible is its simplicity. Conducted by Janet Mock, one of the most famous TV hosts and transgender activists in the world, each interview comes individually. Unlike the woven narratives designed to reach a common climax, The Trans List asks each interviewee to discuss their life. It doesn’t swell to one singular dramatic point, or sensationalize and fetishize gender reassignment surgery, nor do all of the participants even discuss the medical procedures commonly associated with gender confirmation and transitioning.

Just as in real life, it is not necessary to know whether someone is undergoing electrolysis or hormone replacement therapy to recognize and respect their gender identity — nor is anyone owed an explanation on what another person has “had done,” what their desired presentation looks like, or what their future plans are. In The Trans List, interviewees narrate their own stories.

“It’s a funny and emotional film, but it’s very touching because you’re really allowing trans people to talk about themselves, which rarely happens in mainstream media,” says Greenfield-Sanders.

By putting the narrative not only in the hands of those being interviewed, but also choosing a prominent transgender reporter as the interviewer rather than himself, Greenfield-Sanders allowed The Trans List to flourish into a documentary full of diverse voices that are being lifted and amplified via Mock’s brilliant journalism skills rather than tokenized or exploited. 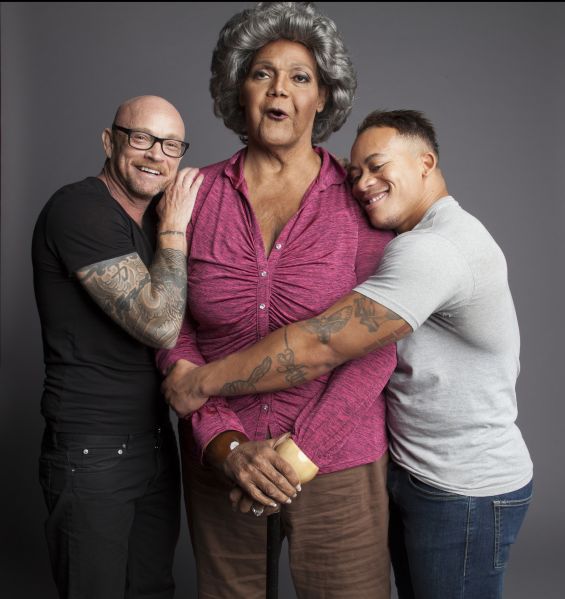 “We really fell in love with Janet [when she was in The Out List], and when you read her book Redefining Realness and you get to know her, you realize why she’s enormously loved in the trans community,” Greenfield-Sanders explains. “She’s an ideal interviewer, first, because she’s so smart and able to do the job, and also because she gives a comfort level to people talking about a difficult subject.”

An element that ties all these stories together: the hauntingly beautiful voice of transgender musician Anohni, best known for being the lead singer of Antony and the Johnsons. “Candy says, I’ve come to hate my body and all that it requires in this world,” she sings in a cover of The Velvet Underground’s “Candy Says,” a song about transgender actress and Warhol superstar Candy Darling. “That particular song was a masterpiece that [Anohni] had recorded at the BBC with an orchestra,” explains Greenfield-Sanders.

The absence of a preassigned narrative is one aspect that makes the film so authentically inspiring — each participant is an individual person with a past, present, and future, and we get to see as much as they want us to.

One story that hit a personal note for me: Alok Vaid-Menon, a Brooklyn-based nonbinary transfeminine writer and artist whose work often touches on themes related to their identity as a queer, South Asian person. “I identify as nonbinary, which means I don’t identify as either a man or a woman,” says Vaid-Menon, who uses gender neutral pronouns. As I’ve written in the past (most recently regarding Colin Jost’s harmful Saturday Night Live quip about gender), I am a nonbinary queer editor and poet, so it was during Vaid-Menon’s section of the film that I found a level of guidance.

At this point during the screening, I squeezed my companion’s hand hard, as Vaid-Menon put feelings I, and many nonbinary people, have had countless times but felt unable to articulate. And in the same way that the “It Gets Better” project helped so many LGBTQ+ youth, The Trans List will undoubtedly help so many people — particularly kids and teenagers — who’ve been looking for hope and relatable heroes.

On top of the amazing stories about childhood, family, and self-discovery, The Trans List does a solid job at highlighting activism over the last 50 years while illustrating a huge issue: Trans people have been integral in the fight for LGBTQ+ rights in America, yet their specific concerns have long been sidelined.

After describing her experiences at the Stonewall Inn riots, including being beaten unconscious by police officers, Miss Majors notes that while rights for cisgender queer people have been advanced since 1969, this hasn’t been the case for trans people. “We’re the third or fourth letter in that alphabet soup thing that they have, GLBT,” she says. “To me, ‘T’ should’ve been first — we were there doing most of the fighting, so let’s start there.” In fact, even Stonewall, the 2015 film on the riots, was criticized for white-washing the cast and focusing on gay male characters rather than the trans people of color who are frequently credited with having initially resisted the NYPD’s prejudicial treatment of the community as a whole. 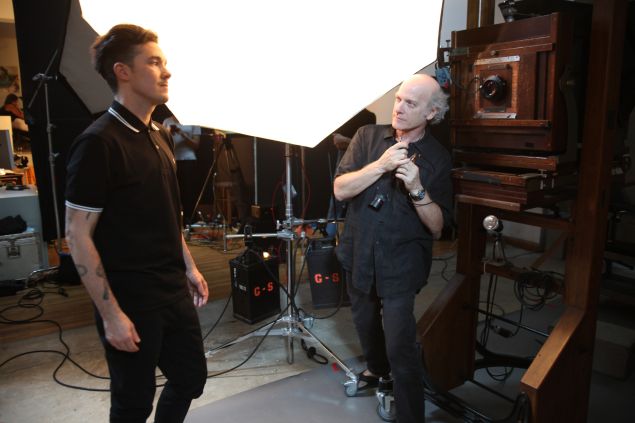 This issue is just as relevant then as it is now, particularly given the incoming administration. Of course, while the amount of vitriol that Donald Trump embodies has shocked most of the United States, to trans people, it isn’t particularly surprising. Trans people, especially trans women of color, experience disportionately high rates of harassment, violence, and discrimination; recognizing intersectionality in oppression has to be a priority for politicians and activists alike in order to establish, affirm, and protect the rights of trans people over the next four years.

“What we need to do is to strategize, to organize, and continue to claim our existence, our existence needs to be validated in the United States,” Salcedo told me. “What I can say for me and the people I organize with is that we are not going to settle for any less — we will fight tooth and nail, we will make sure our voice and life and existence will be [respected and] valued.” Salcedo, whose recent activism includes the Angels Of Change calendar benefiting healthcare for Los Angeles’ trans youth, is undoubtedly one of the voices we’ll need most.

On top of being an excellent and deeply important standalone documentary to close out 2016, The Trans List’s legacy also includes 40 portraits of trans and nonbinary people taken by Greenfield-Sanders which will be featured among 150 total portraits in his IDENTITY series at the Annenberg Space for Photography in Los Angeles through early next year. The fact these subjects make up nearly a third of the series is no mistake: “11 didn’t feel like enough, I wanted to do a bigger body of work for them,” explains Greenfield-Sanders.

The covers of the book featuring two of the 40 portraits: Miss Major and Army veteran Shane Ortega. “I think, very simply, that when you pick a cover, I’ve always tried to find someone that no one could complain about — Miss Major is so beloved, and she’s a seminal figure in the trans community who’s still with us,” says Greenfield-Sanders.

As for his choice of military activist and trans man Sergeant Ortega for the back cover, Greenfield-Sanders explains that it was important to have a trans man featured, too. “I think men tend to get less of attention in the general sense of what ‘trans’ is because in the mainstream understanding of ‘trans,’ it’s pretty much always about the women,” says Greenfield-Sanders.

“The List series is so important and powerful because it’s not about ‘woe is me, tragedy is everywhere’ — it’s about accomplishment and struggle and achievement,” says Greenfield-Sanders. It’s not about happy endings so much as the humanity of the subjects, which is clear in each interview as well as the whole body of work.

The Trans List is currently streaming on HBO Go, and Greenfield-Sanders’ IDENTITY series is on display at the Annenberg Space for Photography in Los Angeles until February 26, 2017. 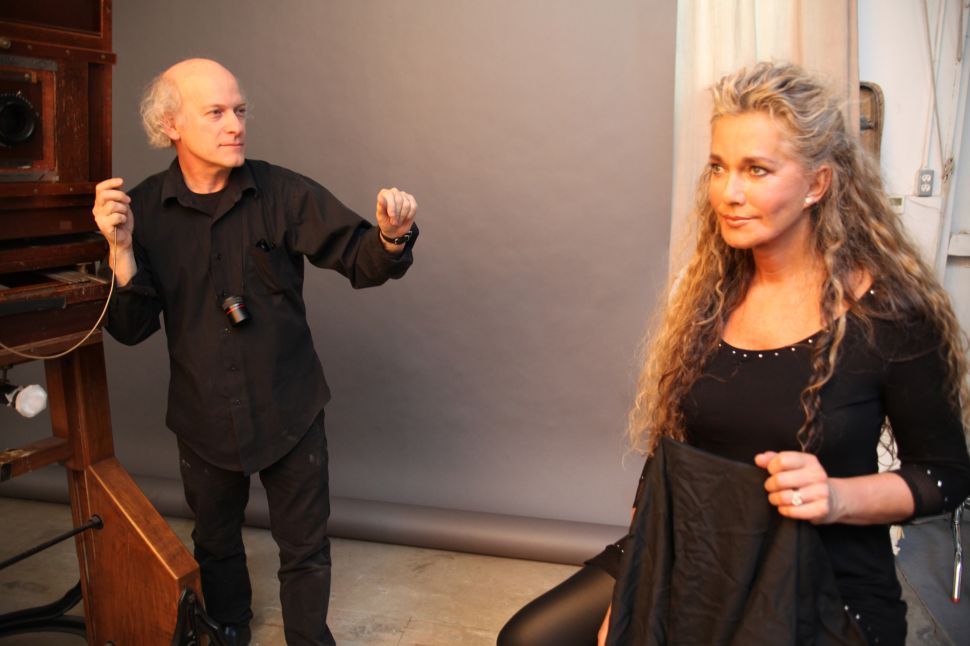