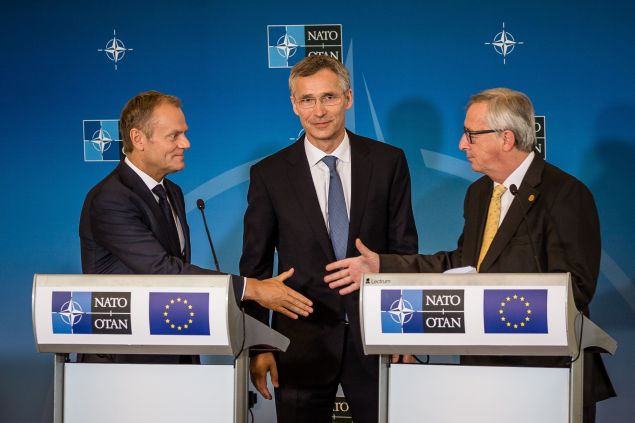 While the Euro declines in value reaching parity with the dollar, with debt overwhelming the underbelly of European states and with serious questions arising about the viability of the Union itself, the EU at the Bratislava Summit in September 2016 concluded that the time has come for its own military force.

The report EDAP (European Defense Action Plan) indicated that the 27 Member States “need the EU not only to guarantee peace and democracy, but also the security of our people.” Presumably a coherent EU response is called for.

So what could only be considered an ironic touch, participants at the conference contended that a strong EU force and a strong NATO are mutually reinforcing. However, it was not revealed how this might occur. With limited resources, the more likely scenario is a reduction in allocations to NATO in return for the generation of an independent European force, one that does not include the United States.

Moreover, the EU position has broadened priorities to include space, border and maritime surveillance and cyber defense. EDAP maintains that this defense arrangement will lead to cooperation as a common practice rather than the exception.

Reference is made in the report to a reliance on U.S. funding for the defense of Europe, noting EU Member States have decreased defense spending since 2015 by 12 percent. By contrast, in the last decade China increased its defense spending by 150 percent. This decrease in spending has not been accompanied by European cooperation. Since Member States act independently, there is duplication, a lack of interoperability and technological gaps at an annual cost of between 25 and 100 billion euros.

Should the EU force be adopted, there isn’t enough European capital to sustain billions for a new entity and the billions Trump will request for NATO. Something has got to give.

Although the EDAP states explicitly that it will not compete with or replace NATO, there is little doubt that an EU defense force without the U.S. will be much less of a “force” and may indeed be a response to an equivocal U.S. commitment to NATO in the future.

Standing in the backdrop of this report are two individuals: Vladimir Putin and Donald Trump. Putin would very much like to see a weakened NATO, an alliance that cannot offset his plans for the Finlandization of the Baltics states and the colonization of the Ukraine. He reckons that a European force is ostensibly the death knell of NATO and he may be right.

Donald Trump has indicated an uneasiness about NATO unless member states live up to their financial obligation of spending two percent of GDP on defense. Should the EU force be adopted, there isn’t enough European capital to sustain billions for a new entity and the billions Trump will request for NATO. Something has got to give. That something may be the future of NATO.

In my opinion that would be a mistake. NATO, as a bulwark against Russian aggression, has served the European continent well. American participation has added dramatically to capability and logistical thrust. Far better to enhance NATO with funding and an additional anti-terrorist mission than starting an EU force de novo. But, as I see it, the European Union is grasping at straws in its desire to maintain unity. The tide of history as seen through recent votes in England, Italy and the Czech Republic suggest fracturing.

Can a continental military force achieve what politics cannot? My suspicion is that EDAP is a mistake on two counts: It cannot be the source of unity and ultimately it weakens Europe’s response to potential threats. NATO is in its seventh decade; it surely needs a shot of adrenaline in the form of resources and mission alignment, but it isn’t dead and should not be buried under the cloak of a new European force.

Dr. Herbert I. London is the President of the London Center for Policy Research 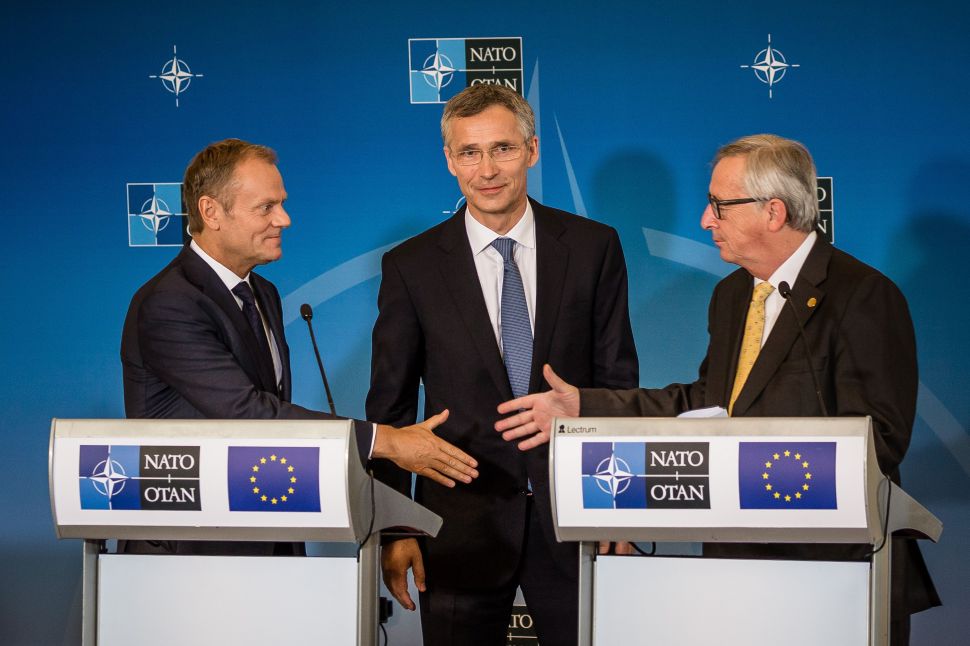