Reich expressed fear that the instant Twitter pique expressed by the Great Leader on Wednesday night could signal a coming White House modus operandi that might endanger both Trump’s presidency and the nation.

“You are looking and acting as if you are mean and petty, thin-skinned and vindictive,” Reich said, speaking directly to Trump, on Anderson Cooper 360 on CNN. “Stop this . . . this is actually penalizing people for speaking their minds. “

With Trump jaw-boning companies as well as workers recently, Reich warned of what Trump might do when he commands the Federal Bureau of Investigation, the Central Intelligence Agency and the Internal Revenue Service.

“If you have this kind of thin-skinned vindictiveness attitude toward anybody who criticizes you, we are in very deep trouble,” Reich said to Trump. “And, sir, so are you.”

Reich didn’t even mention Trump’s power cluster of ex-generals who will work within shouting distance of the Oval Office as soon as the Republican Congress can waive the time-limit law that is there precisely to prevent military control of the civilian government.

CNN broke the story and followed up. MSNBC caught up later in the evening and fleshed it out. Fox did not report the story, which was not flattering to Trump.

It began in the 7 p.m. hour when Chuck Jones, president of United Steelworkers Local 1999 in Indianapolis, told CNN’s Erin Burnett on OutFront that Trump exaggerated last week when he claimed to save about 1,100 jobs at a Carrier plant that planned to send those jobs to Mexico.

By browbeating Carrier executives and providing $7 million in corporate welfare, Trump and Vice-President Mike Pence—the Governor of Indiana—saved only 730 union jobs, Jones said. More than 350 other jobs, in research and development, were supposed to stay anyway, Jones said.

He was offended when Trump mis-led the workers.

“If you’re dealing with people’s livelihoods, you sure in the world ought to know what the numbers are,” Jones told Burnett.

Trump responded at 7:41 p.m. with a public Twitter post that said “Chuck Jones . . . has done a terrible job of representing workers. No wonder companies flee country.”

Reich, speaking from Berkeley, California, said of Trump: “This is not using the bully pulpit. This is bullying.” He said Trump’s tactic, over time, becomes “more and more dangerous to democracy” because he picks on people with less power.

“There is going to be a massive intimidation,” Reich said. “A chilling effect on free speech and also on freedom of the press. This is extremely serious.” He said Trump is using his power against others to “single them out, condemn them and humiliate” those “who dare correct him.”

“This is something new, we have not seen this before,” Reich said. “And it does pose a huge potential danger.”

Trump belched up another tweet with more bile for the beloved blue-collar workers who this ‘blue-collar billionaire’ once held so dear.

Reich compared Trump to Senator Joseph McCarthy, the Republican from Wisconsin who became the infamous demagogue of the 1950s by falsely and recklessly accusing people of Communism.

REICH: “You don’t think that what we are now witnessing is dangerous?”

But Lord offered a prediction more chilling than he intended.

“We’re going to see a lot of this,” Lord said of Trump’s style. “This is going to be a very unconventional presidency . . . This is the tip of the iceberg.”

Such philosophical exchanges were not a part of Fox coverage in prime time.

This was in part because two shows—The O’Reilly Factor at 8 p.m. and Hannity at 10 p.m.—are usually recorded early and often seem stale and out of the news flow.

The other prime-time show, The Kelly File, live at 9 p.m. ignored the story.

Instead of reporting news, Bill O’Reilly offered a sermon on why the “press in America has become a disgrace” and how “New York City is basically a welfare state” filled with foreign-born people who use all the food stamps.

Then he chatted with former comedian Dennis Miller about “little Asian cats who are bringing 50 billion in” and with ex-Nixon aide Monica Crowley, a visitor to Trump Tower this week for a job interview.

“Donald Trump is going to come in and smash every existing model, including diplomacy, including economics, including dealing with the press,” Crowley warned.

On The Kelly File, Martha MacCallum substituted for celebrity prime-time news actress and book writer Megyn Kelly and even showed a video clip of the famous and glamorous Kelly getting an award and touting her brand new book, on sale just in time for this year’s War on Christmas.

“Despite the tweets and all the rest of it,” Kelly said, “there is much to admire about Donald Trump.”

(Note to Hannity: The stock market has more than doubled in value under Obama and the unemployment rate is about half of what it was.)

By then, Trump had belched up another tweet, this one at 8:56 p.m., with more bile for the beloved blue-collar workers who this “blue-collar billionaire” once held so dear.

“If United Steelworkers 1999 was any good, they would have kept those jobs in Indiana,” Trump snarled. “Spend more time working—less time talking. Reduce dues.”

O’Donnell spoke to Jones by phone.

“The whole thing is ridiculous,” Jones told O’Donnell. “He takes exception to being corrected and, on my numbers, I am correct and he’s wrong . . . He wants to slam me. He’s wrong. I’m right . . . If he wants to keep on tweeting, I’ll keep on responding.”

Unlike the troubled Reich on CNN, O’Donnell seemed delighted by the irony of Trump’s evening excretions. The union workers at Carrier had been praised for their efficiency. Trump never threatened the union during the campaign, just the management.

“It only took one fact-correction by a union leader for Donald Trump to become pure Republican and, now, jobs moving to Mexico are entirely the fault of the workers themselves,” O’Donnell said. “It’s always interesting to take apart Donald Trump’s words because, frequently, they have no meaning or they’re completely confused or filled with ignorance.”

“This is a guy who is out of control,” Wilson said. “Sopranos-style governance is not going to work over the long haul.”

Korn said of Trump’s impulsive behavior: “It’s childish. It’s certainly not presidential. And it’s also quite dangerous .  . . This is a step toward authoritarianism. I don’t like to be hyperbolic or mongering any fear, but this is really not the way the president of all America, as he claims to be, should behave.”

Salmon said Trump’s approach to business is “Russia-style capitalism” and then he got vivid. 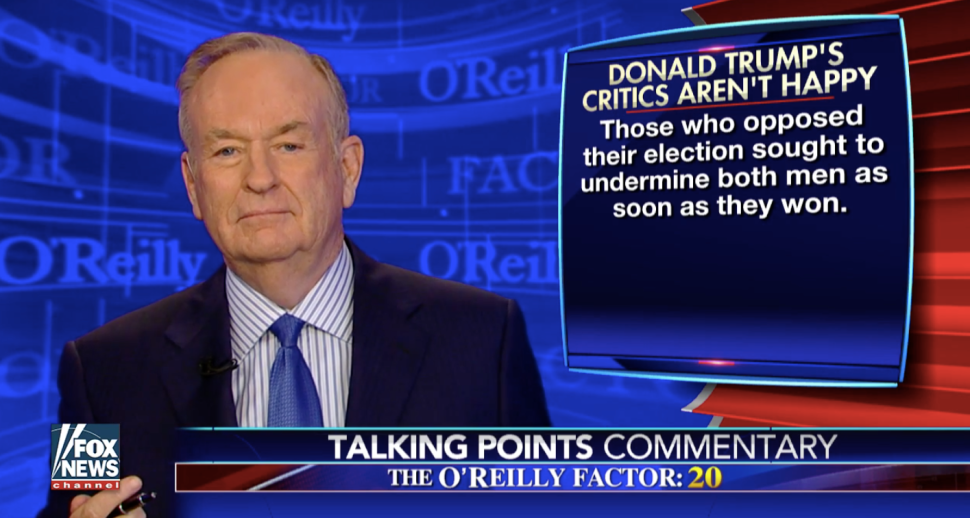