On December 5, Energy Transfer Partners, the company building the controversial Dakota Access Pipeline, issued a statement denouncing the Army Corps of Engineers’ decision to conduct an environmental impact study before allowing pipeline construction to proceed. The decision was a giant success for the Standing Rock Sioux and self-proclaimed protectors who have been fighting to stop the pipeline for weeks, despite a violent and abusive North Dakota Police force working in tandem with the pipeline’s private security to suppress the protests. Though the environmental impact study is good news for protectors, the fight to stop the Dakota Access Pipeline is far from over.

“I think people should be generally very happy because the corps did what we’ve been asking them to do, which is to require an environmental impact statement for the project. That will provide an opportunity for comment, hearings, and force them to consider alternative routes,” said Robert F. Kennedy Jr. in an interview with the Observer. Kennedy, a staunch environmentalist, serves as president of the Waterkeeper Alliance and chief prosecuting attorney for Hudson Riverkeeper. “It is not however a denial of the permit. The people, the tribes on site understand that. There is still a big fight in front of them if they want to make sure that pipe doesn’t go under their supply.”

Kennedy noted it was the environmental impact statement that ultimately led to the defeat of the Keystone XL pipeline. “The XL was forced to admit it would only produce 35 jobs in America and that it would enrich a bunch of Canadian billionaires by threatening the supplies, aquifers of the United States and add to global warming.”

Similar to the fight to stop the Keystone XL pipeline, the Dakota Access Pipeline is a microcosm of the environmental movement to wean the United States off its dependency on oil, and transition toward clean, renewable energy.

“The Dakota Access Pipeline, if completed, will add the same amount of carbon to the atmosphere as 27 coal burning power plants,” added Kennedy. “It’s still an uphill battle for our side.”

Despite the uphill battle, Kennedy said there are reasons for optimism in the fight against big oil. “The longer you can delay projects like this, the less chance they have of ever being built, because the rationale for carbon is diminishing,” he said. “The price of solar has dropped 600 percent in five years. The same thing is now happening to batteries. The rationale for liquid fuel is evaporating the same way that the rationale for coal-burning power plants. The three biggest coal companies in our country, Arch, Consol and Peabody, have all lost 95 percent of their value in two years. The markets have already realized that carbon is dead. The meteor has hit. The dinosaurs are still walking around, but they’re dead—they’re doomed. They’re trying to figure out ways to use the political system for subsidies to keep themselves alive, but American people will recognize soon that there is an odd rationale for shackling this country in carbon pipeline.”

The Standing Rock Sioux’s effort to stop the Dakota Access Pipeline revolves around the issue of protecting their drinking source, which the pipeline is planned to cross under, threatening possible contamination. The company that will oversee the pipeline’s operation, Sunoco Logistics, tops U.S. charts for crude oil spills. The pipeline is also linked to threatened quality and quantity around the world due to climate change.

“Climate change is shrinking glaciers on every continent and those are the sources of supplies for most human beings on the globe and agriculturally, for irrigation ,” explained Kennedy. “In terms of kind of the macro view, we are acidifying the ocean. We are conducting a huge science experiment right now with the oceans.”

If climate change continues to be ignored by industries that contribute to it, and pipelines like the Dakota Access keep getting built, Kennedy said, “by the end of this century, when my children are likely to still be alive, the globe would have warmed by six degrees. The last time the globe was six degrees hotter than it is today, there were crocodiles at the north pole. And this is not something that is going to happen generations from now and we don’t need to worry about it. It’s something that’s going to happen in our children’s lifetime. And if that happens the civilization on most of the planet is going to collapse. You are going to see billions and billions of environmental refugees, and we are already beginning to see the beginning of that concept. Our children are not going to have the kind of opportunities that our parents gave us and that’s a moral issue. This isn’t hyperbole, it’s not a joke, its real.”

While the climate continues to warm, the predictions for climate change made by scientists with the intergovernmental panel on climate change have consistently proven to be too conservative. “This is happening much faster than any of us thought possible,” said Kennedy. “It’s a kind of required acute cognitive dissonance to proceed on the course that we are on with the Dakota Access Pipeline. We don’t need that fuel. It’s not going to come to America; it’s going to be shipped to Asia where it’s going to lower manufacturing costs over there, helping them to out compete our industries here. It’s going to add to climate change, which is destroying the planet. It should be a no-brainer for anybody living in a fact-based reality.” 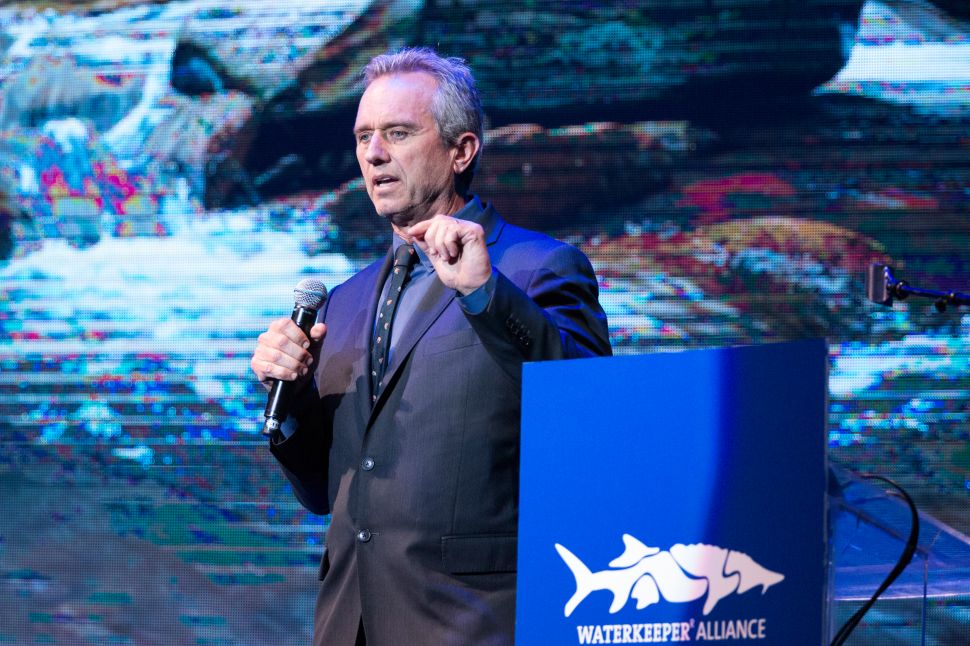