It was the best of times, it was the worst of times? The Metropolitan Museum of Art set a new attendance record in fiscal year 2016, bringing in 6.7 million visitors, the fifth year in a row that more than six million people have come through the doors in a given year. However, the institution reported a $10 million general operating deficit, requiring it to institute a hiring freeze, lay off dozens of staffers and put on hold an addition to the Lila Acheson Wallace Wing.

This might be just an oddity, but other art museums have experienced financial troubles as well. The Museum of Modern Art has offered early retirement buy-outs for its older employees in order to trim its budget, and a $3 million deficit has compelled the Brooklyn Museum to offer its staff early retirement packages. The San Diego Museum of Contemporary Art, which is planning an expansion that will triple its exhibition space, is eliminating eight full-time and 20 part-time employees, and the Cincinnati Museum Center has cut 60 jobs in order to stem the flow of red ink while it prepares its own expansion.

“Museums are in a period of transition, as they are spending more on marketing … and attracting more people through new educational, digital and other programming while garnering less revenue per person who attends,” said Zannie Voss, director of the National Center for Arts Research at Southern Methodist University in Dallas. Spending by the average visitor has declined from $25.81 in 2012 to $17.52 in 2015, according to data from DataArts, one of NCAR’s partners, for more than 100 art museums around the country. Meanwhile, those same institutions have increased their programming by 67 percent, raising their costs while earning less per visitor.

“Museums are striving for larger and more diverse audiences, looking to increase accessibility and remove the economic barriers to visiting, and they are creating new programs to engage people,” Voss said. Program revenues and fundraising have not been keeping up, though, she said, noting that the costs of running the sampled museums have risen 10 percent above inflation and only trustee giving, at nine percent, has kept pace. Growth in the other principal sources of raising funds— through individuals, foundations, corporations and government grants—“have not been as robust and, in the case of individual giving, represent a decrease of seven percent in absolute dollars.”

Museums are looking for ways to connect to younger people for whom the internet and real life are inextricably integrated: reaching out through social media, apps, digitizing the permanent collection; making exhibitions interactive; permitting visitors to amass virtual collections and encouraging (young) visitors to bring in their phones and take selfies next to artworks. It is considered a museum world success nowadays to see millennials in a painting-filled gallery all staring into their phones, rather than a sign of skewed values, because those young people are in the museum, obtaining information about objects and conveying their opinions about them.

“Increasingly, people are rejecting the artificial distinctions between art forms, as they want the participatory, interdisciplinary experience,” said Salvador Acevedo, vice-president in charge of strategies for the San Francisco-based museum consulting firm Scansion. “Younger philanthropists also are demanding that kind of experience.” Translating technology into financial stability remains a challenge, especially as technology is always a catch-up game. “It still is to be seen how museums can monetize this,” Acevedo said.

One area in which many major museums have been able to keep down their costs, Voss has found, is paying women directors less than their male counterparts. Women directors of museums with budgets of more than $15 million earn 71 cents for every dollar earned by a male director. However, she claimed, at museums with budgets under $15 million, women directors tend to earn $1.02 for every dollar that a male counterpart receives. “And the fact is, 75 percent of museums have budgets under $15 million,” she said. Smaller museums tend to promote from within, while those with larger budgets often conduct national searches, seeking candidates for the job who already have led other institutions, which historically have been men. “It’s a closed set,” she said. Still, she expected that as “there are more women with longer tenures at museums,” the pay gap at the larger institutions would narrow in time.

The comment “when you stop growing you start dying” is attributed to novelist William Burroughs, but it could be the motto of many museum directors who so often are preparing for the next capital campaign to build out, add to or do something grandiose to their institution.

Expansions and erecting big new buildings appear to be part of the unwritten job description for museum directors, said Geri Thomas, president of Thomas & Associates in Manhattan, which assists museums with staffing and training. She noted that more and more museum directors have long-term visions not so much for their institutions but for their own careers. “They have milestones they want to meet in their careers.” The first is “putting their stamp” on the museum through some sort of staff or department reorganization, then developing some sort of initiative and finally a building project. “These days, museum directors do things that demonstrate they are ready for the next position,” at some other museum, she said.

Some museums have other priorities than building or getting into debt.

Among the museums that have opened new expansions in the past year are the Portland Art Museum in Oregon (the Rothko Pavilion, which are filled with paintings by Mark Rothko from the collections of his children Christopher Rothko and Kate Rothko Prizel); the Huntington Library, Art Collections, and Botanical Gardens in California (the Virginia Steele Scott Galleries of American Art); the San Francisco Museum of Modern Art (after a three-year closure); the Dallas Museum of Art (the north entrance, renamed Eagle Family Plaza); the Speed Art Museum in Louisville, Kentucky (the 62,500 square-foot new building doubled the museum’s overall square footage) and the Center for Maine Contemporary Art in Rockland (the new building doubles its space to 7,700 square feet). Expansion projects in the works include the Peabody Essex Museum in Massachusetts, the Seattle Asian Art Museum in Washington State, the Hood Museum of Art at Dartmouth College, the Museum of Contemporary Art San Diego, the Mildred Lane Kemper ArtMuseum at Washington University in St. Louis, the Boston Museum of Fine Arts (a 22,000 square-foot conservation center) and New York’s Museum of Modern Art (on the next door site of the now demolished American folk art museum).

Some museums have other priorities than building or getting into debt. Others opt to change their names, such as the Mystic Museum of Art (formerly the Mystic Art Center), the Buffalo Albright-Knox-Gundlach Art Museum (formerly the Albright-Knox Art Gallery), the Salvador Dali Museum (formerly the Museum of Monterrey) and the Institute of Contemporary Art Los Angeles (formerly the Santa Monica Museum of Art). The Museum of Contemporary Craft in Portland, Oregon, closed and its collection was taken over by the Pacific Northwest College of Art, while the incipient George Lucas Museum of Narrative Art, the plans for which did not receive a warm welcome in San Francisco and Chicago, is trying again, this time in Los Angeles.

Looking around the country, however, one sees many museums acquiring new objects for their permanent collections. Here is a sample: 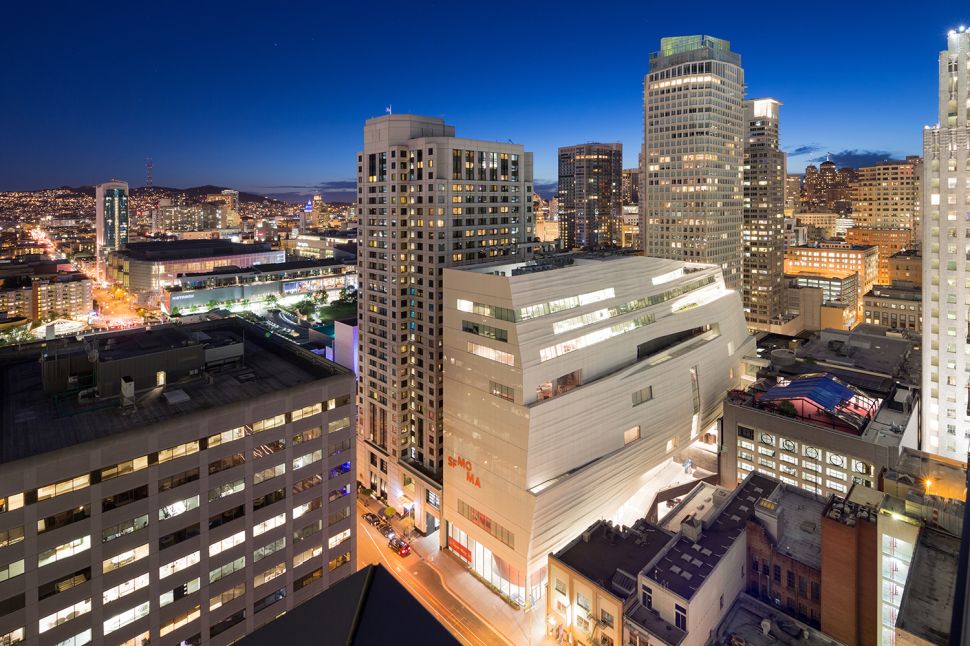