Monday, December 19 was supposed to be noted in the history books as the day the Electoral College formally made Donald J. Trump our 45th president. That did happen, as anticipated—Democratic dreams of electors defecting in droves to overturn the ballot box proved wholly illusory—but that news was overshadowed by a series of brutal terrorist attacks that have shocked the world.

First, Ankara. Early on Monday evening, at an art gallery in a suburb of the Turkish capital, Andrei Karlov, the Russian ambassador, approached the podium to make a few words, only to be gunned down from behind with several shots fired by an off-duty Turkish policeman. A career diplomat who had served the Kremlin for four decades, including serving as Russia’s minister to Ankara since mid-2013, Karlov succumbed to his numerous wounds. His horrific end was caught in gripping footage which has taken the Internet by storm.

His killer, 22-year-old Mevlüt Mert Altıntaş, a member of a police special unit, didn’t live much longer than his target, being killed by fellow policemen shortly after the assassination. There’s not much room for doubt about his motivation, since after gunning down the ambassador, Altıntaş proceeded to utter a stream of jihadist clichés in a mixture of Arabic and Turkish. There was the customary tekbir, the proclaiming of God’s greatness—Allahu akbar—followed by boasting that the shooting was payback for the fate of Aleppo, the long-besieged Syrian city now living under Russian bombs.

It’s too soon to say whether Altıntaş was a self-starting lone jihadist or he was acting under orders from a bona fide terrorist organization, but his crime certainly appears to be the terrorist act which the Kremlin has stated it is. The Islamic State claimed the attack as their own, as is their wont whenever anything that appears remotely jihad-linked happens anywhere these days—and Turkey is unquestionably crawling with large numbers of ISIS-connected jihadists. Thanks to the policies of its Islamist strongman president, Recep Erdoğan, extremists in neighboring Syria’s civil war may now be turning on Turkey with a vengeance.

That said, there’s unlikely to be much short-term agreement between Ankara and Moscow about what happened and why. Voices in Moscow have fingered ISIS in the assassination, by no means implausibly. Darker hints have emerged, however, including the intimation from hardline nationalists linked to the Kremlin that the killing of Ambassador Karlov is somehow the work of the CIA.

Turkish assertions get to the same place, via a different conspiratorial route. Official voices in Ankara have already pointed to Fethullah Gülen, the 75-year-old Islamic cleric resident in the Poconos who until 2013 was a close ally of Erdoğan’s, yet over the last three years has become Turkey’s Public Enemy Number One. Of late, Ankara sees a Gülenist hand behind virtually any event to its disliking—crushing Gülen’s supposed subversive network was the justification for Erdoğan’s coup this summer, including the widespread purges that followed—and regime sources are not shy about hinting that the CIA is the real force behind the shadowy Pennsylvania imam, whose extradition Turkey has requested, to no avail as yet.

Perhaps it’s just as well that Moscow and Ankara think the CIA is the hidden hand behind Monday’s assassination, despite no evidence for that far-reaching claim, since otherwise those two countries, who possess no historic love for each other, might be headed for confrontation, even war, right now. Only a year ago, Russia and Turkey were at each other’s throats over Syria and a wider war seemed a real possibility.

If Moscow and Ankara didn’t have a common bogeyman in America, the Karlov assassination could easily be the pretext for war in the eastern Mediterranean, given that region’s already precarious situation, with Russia, Iran and Turkey waging ugly surrogate wars inside Syria. All that can be said for certain is that Russia and Turkey, both of whose less-than-democratic regimes suppress dissent and jail (or worse) journalists with gusto, cannot be trusted to be honest about what happened in Ankara on Monday.

Next, Zürich, where just after 5:30 Monday evening a gunman burst into a downtown Muslim prayer center popular with Somali migrants and opened fire, shooting three worshippers, aged 30, 35 and 56, two of whom sustained grave wounds. Survivors didn’t have much to offer about the thirtysomething shooter, clad in black including a wool cap, since he quickly disappeared into the night in the crowded area surrounding the prayer center. He may have taken refuge in the nearby Zürich train station and escaped. As of this hour, Swiss police have identified no suspect, despite a widespread manhunt.

Exactly what happened is therefore a matter of conjecture. The shooter may have been a fellow Muslim—making this a personal vendetta of sorts—or he was a Swiss native unhappy about rising numbers of Muslims in the country. More than most of Europe, Switzerland is open in expressing misgivings about Islamic migration, including in their elections, so the idea that somebody decided to act out his anger with a gun is hardly far-fetched. Thus far, Zürich remains calm, but it won’t if this forms a pattern instead of an unfortunate one-off shooting.

Last, Berlin, where pre-Christmas festivities on Monday evening were shattered by a semi-truck plowing into crowds gathered at the Christmas market in the heart of downtown. The vehicle drove right through the crowd, running over 60 people enjoying the festivities; as of this hour, 12 have been pronounced dead, and the death toll may climb yet, since many of the 48 injured have grave wounds. Comparisons to the July 14 catastrophe in Nice, when a jihadist drove a truck through crowds gathered for Bastille Day, killing 86 innocents, are unavoidable.

While the full picture of the terror attack has yet to emerge, what we know so far is bad enough. The driver of the Polish-registered truck, a 23-year-old refugee from Pakistan, has been taken into police custody (although there are now reports he may not be the right man and the real terrorist remains on the loose). The dead body found in the wrecked truck is that of the innocent Polish driver—police believe the hijacker commandeered the vehicle to use it as a weapon.

Images of the holiday horror have captivated Germany, where the Christmas market—with its  seasonal treats, myriad tchotchkes, plus strong mulled wine—is a sacred and beloved symbol of nationhood, even for the most secular citizens. That this catastrophe happened in the heart of the German capital makes an indelible statement. At this point, only her hardcore supporters aren’t questioning the wisdom of Angela Merkel, Germany’s chancellor, opening the country’s doors to millions of Muslim migrants last year.

Not to mention that ISIS has commanded its followers in the West to attack anywhere they can this holiday season—including soft targets like Christmas markets. This wasn’t just jihadist trash-talk, as evidenced by the arrest last week of a 12-year-old boy, born in Germany of Iraqi parents, who tried to blow up a Christmas market in the south of the country—twice—with a nail bomb. The boy-jihadist may have received online instructions from ISIS to murder “infidels” for Christmas.

We don’t yet know if the Berlin truck-jihadist was acting on ISIS orders or he simply decided to take the terror group’s seasonal commands to heart on his own. Regardless, at least a dozen innocents are dead for Christmas. Germans, and many others, will have rightly have questions this holiday season about just how much more of this murderous mayhem they must tolerate in the name of tolerance. 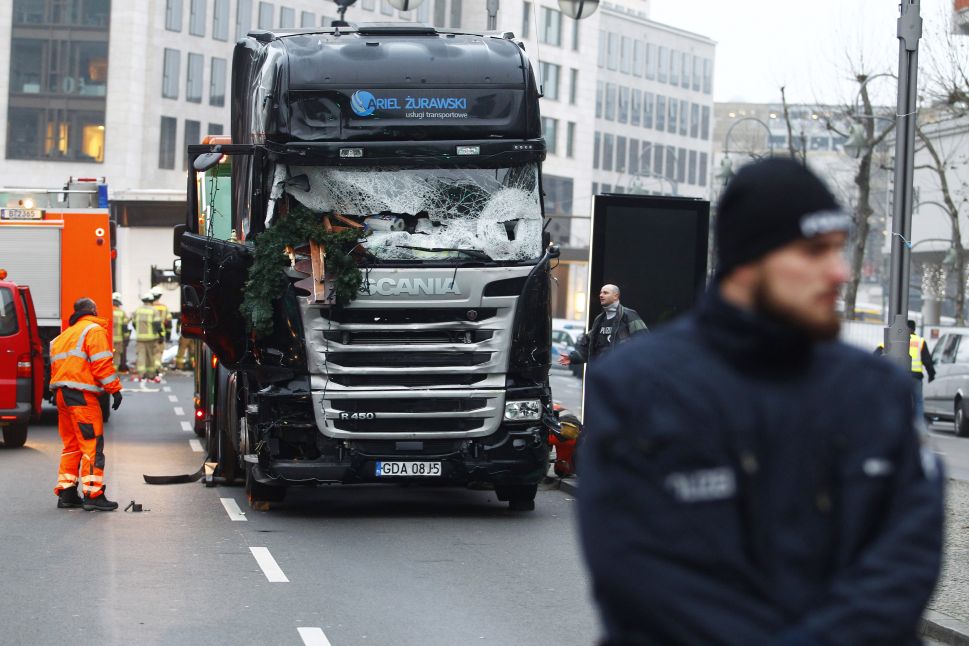