Ellison’s candidacy is marred by his ties to billionaire Democratic donor George Soros, whose son, Alex, is listed on Ellison’s initial list of endorsers in his announcement to run for DNC chair. Shortly after the presidential election, Ellison attended a closed-door conference hosted by the elder Soros, contrary to demands from progressives that Democrats stop allowing the wealthy to buy access and influence to party officials.

Now Ellison is reportedly set to endorse a multi-millionaire real estate developer, Stephen Bittel, who is buying his way into the position of chair of the Florida Democratic Party.

“I’m proud to have the support from Keith Ellison, who is a leader of the progressive movement,” Bittel told Politico in an interview. “I’m excited to engage the grassroots of our party who have been such an important part of the Democratic Party.”

Sadly, we must urge our leaders to work for us. @keithellison please don't back a DWS crony buying their way into power. When does it stop? https://t.co/MbVXzyhWdS

It is disappointing that Ellison would endorse Bittel, a wealthy pro-Clinton donor with close ties to disgraced former DNC chair Debbie Wasserman Schultz. In 2015, Wasserman Schultz appointed Bittel as co-finance chair of the DNC. The Washington Post reported in July that DNC staff members thought Bittel was “overbearing, abrasive — and someone the staff sought to avoid.”

In May, Bittel hosted a fundraiser for Wasserman Schultz at his home, which was attended by Vice President Joe Biden.

This endorsement signals that Ellison is more willing to embrace the establishment and preserve the status quo rather than challenge it. Bittel is making the Machiavellian ascension from wealthy donor to actually running the Florida Democratic Party, and Ellison is enabling that rise.

“Bittel wants to head the Florida Democratic Party. The wrinkle: Only party members elected to county posts are eligible to run for state chairman. And Bittel wasn’t eligible for a county post because party rules make those seats available only to precinct captains — and Bittel wasn’t one of them,” reported The Miami Herald on December 6. “So what’s a well-heeled donor quietly backed by big-name Democrats to do? Hope he can cut a deal.”

By December 8, the Herald reported Bittel had quietly become a precinct captain, making him eligible to run to be a state committeeman after business consultant Bret Berlin stepped down. Sanders supporters, who were newly elected to the Brevard County Democratic Executive Committee in Florida, have written a letter to current Florida Democratic Party Chair Allison Tant, who will not be seeking re-election to the position in January.

“Based on reports in Politico and the Miami Herald, and first-hand accounts from fellow Party members in Miami-Dade, we believe there is reason to suspect rules violations that may inhibit our Party’s ability to fairly elect a Florida Democratic Party (FDP) Chair who truly represents the people of Florida, and may instead lead to the backdoor ascendancy of a big-money candidate for the office,” Stacey Patel and other Sanders supporters wrote.

Supposed progressive Ellison is now working against these Sanders supporters and Our Revolution. Some people speculate Ellison exchanged an endorsement of Bittel in a backroom deal to garner more support for his DNC chair bid, an idea which is disheartening to Sanders supporters who have been pushing Ellison’s candidacy under the impression he might actually change the corruption and cronyism that the Democratic Party runs on. 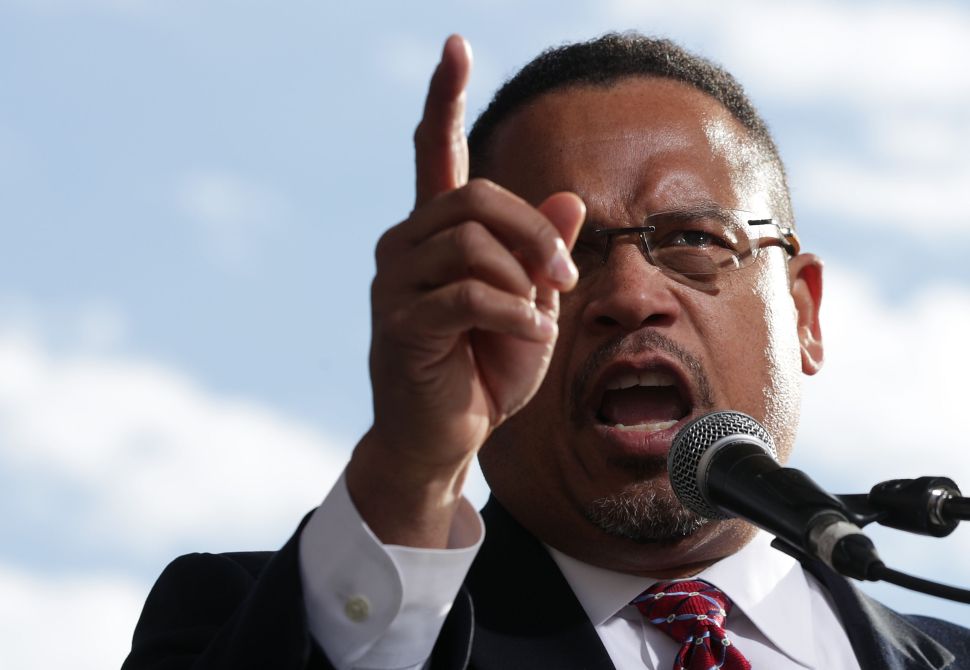