A penthouse at 432 Park just sold at a rather large discount.

Lewis A. Sanders, the founder and CEO of investment management firm Sanders Capital, LLC and his wife Alice paid $60.89 million for a penthouse on the 88th floor of the tower, which is quite the haircut from the $76.5 million it was listed for. Less surprising than the discount is that another finance guy is buying into 432 Park.

So, what does nearly $61 million get you in the building? Well, a private elevator landing opens directly into the entry gallery of the 8,055-square-foot aerie, of course. The five-bedroom, 7.5-bath apartment provides four exposures with “panoramic” views of Central Park and the city, though we imagine everything below looks to be the size of an ant from this high up in the sky.

Along with a formal dining room and living room, there is a separate library with a wood-burning fireplace. For what we assume to be less formal occasions, there is a windowed eat-in kitchen with a lot of marble (floors, countertops and such) as well as white lacquer and oak cabinetry and a wine cellar. We suppose this is for when the couple decides not to dine at the private restaurant in 432 Park, which is accessible only to residents—the chef, Shaun Hergatt, used to run Michelin starred-restaurant Juni.

The master suite has its own sitting room, as well as two dressing rooms and two marble-bedecked bathrooms with custom cabinets, a freestanding soaking tub and vanities. So, pretty much the standard for the ridiculously luxe penthouses in the skinny tower.

Douglas Elliman is handling sales in the building, but apparently the deal for this particular apartment was brokered by Richard Wallgren of Macklowe. Sanders was represented by Corcoran brokers Robby Browne, Chris Kann and Jennifer Ireland.

In the most expensive sale in New York thus far this year, Saudi Arabian billionaire Fawaz Al Hokair paid $87.66 million for the highest perch in the Macklowe Properties and CIM Group-developed tower. Now that this unit sold, it appears there is only one more penthouse for the taking in the glassy building—it’s on the 95th floor and is currently listed for $82 million. But if this sale is any indication, perhaps it’ll be going for a whole lot less. 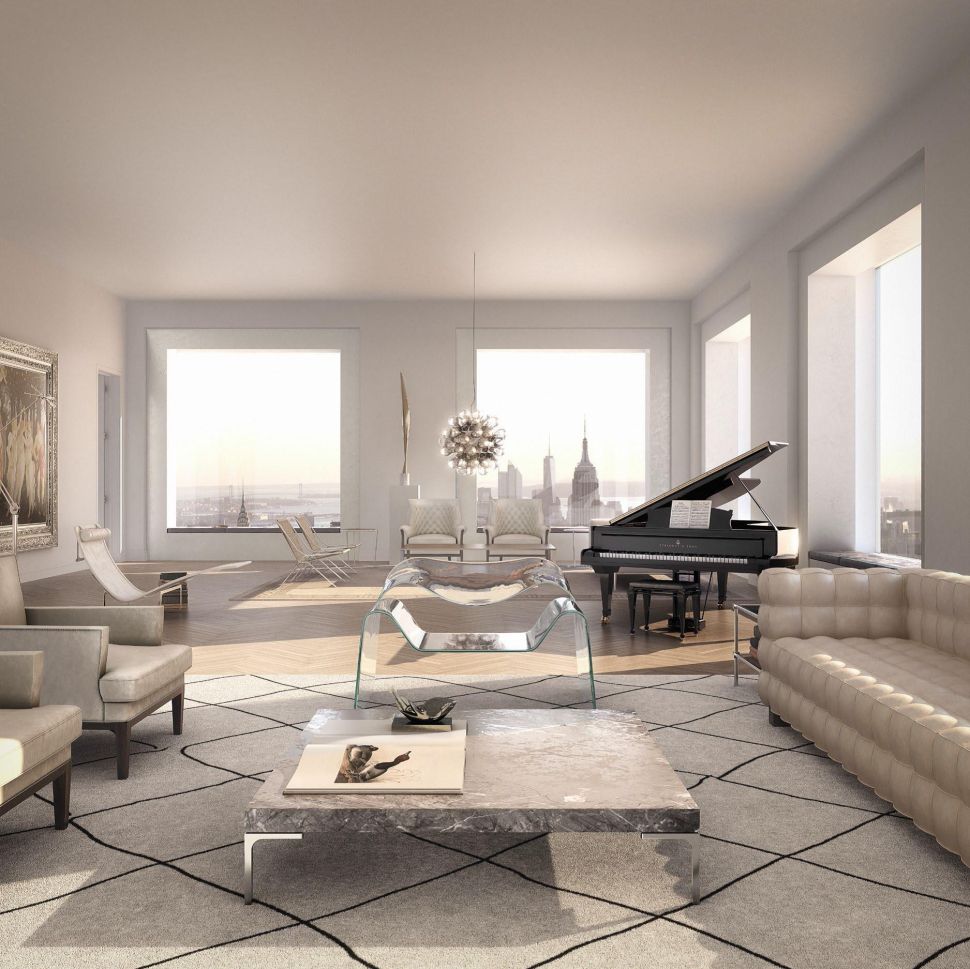